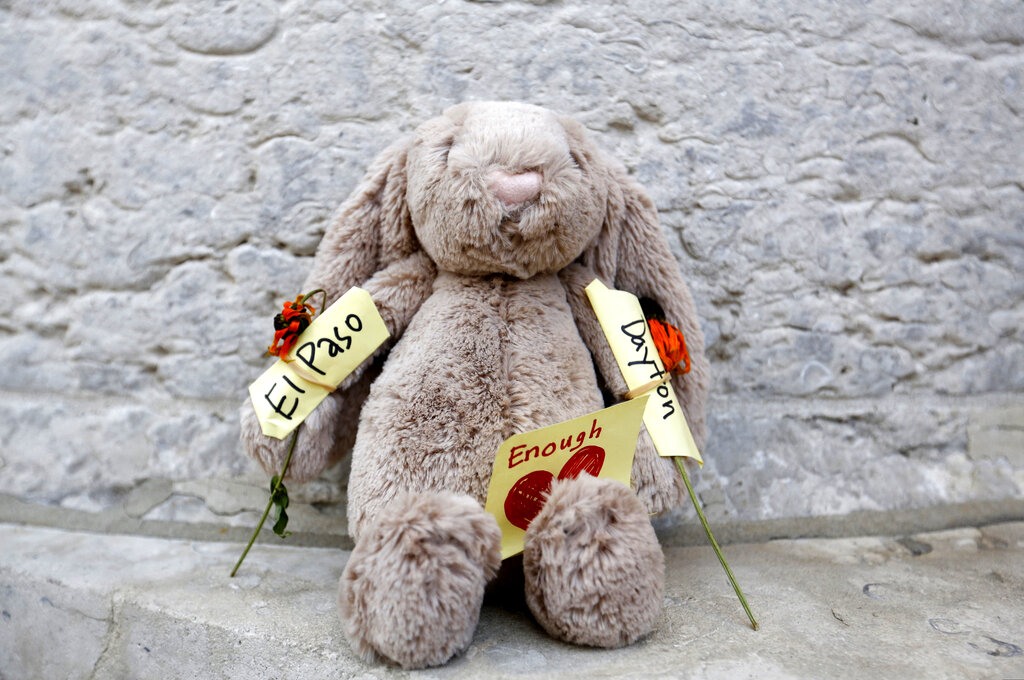 NICK EICHER, HOST: Today is Thursday, August 8th. Good morning! This is The World and Everything in It from listener-supported WORLD Radio. I’m Nick Eicher.

MARY REICHARD, HOST: And I’m Mary Reichard. Second Chronicles teaches if the people of God call Him by name, humble themselves, pray and seek His face and turn from their wicked ways, then He will hear and heal their land.

Commentator Cal Thomas has given some thought to what ails our nation.

CAL THOMAS, COMMENTATOR: Politicians and pundits are promoting familiar explanations, excuses, and demands following the tragic mass murders in El Paso, Texas, and Dayton, Ohio. We’ve heard them all before.

Here’s one question no one is asking: why is evil rampant in our country? I don’t mean obvious evil like the all-too-frequent mass murders. There are other evils, which seem to have come from the “pit” and are roaming among us uncontrolled.

We seem to tolerate everything these days and oppose controlling what once was called evil behavior. Bad behavior is now considered good and good behavior is thought to be bad. Reminds me of Isaiah 5:20.

If this sounds like a sermon, maybe that’s what we need to hear. Revivalist preachers knew how to deliver them. Start with Jonathan Edwards’ classic “Sinners in the Hands of an Angry God.” His main point was that individual sinners and nations must repent and ask God’s forgiveness in order to escape judgment and national destruction.

Consider Abraham Lincoln’s “sermon” to the nation on March 30, 1863. Lincoln issued a Proclamation for a Day of Humiliation, Fasting and Prayer because of the Civil War and said—quote—“Insomuch as we know that by His divine law, nations like individuals are subjected to punishments and chastisements in this world, may we not justly fear that the awful calamity of civil war… may be but a punishment… for our presumptuous sins, to the needful end of our national reformation as a whole People?

“We have been the recipients of the choicest bounties of Heaven. We have been preserved, these many years, in peace and prosperity. We have grown in numbers, wealth and power…

“But we have forgotten God. We have forgotten the gracious hand which preserved us in peace, and multiplied and enriched and strengthened us; and we have vainly imagined… that all these blessings were produced by some superior wisdom and virtue of our own. Intoxicated with unbroken success, we have become too self-sufficient to feel the necessity of redeeming and preserving grace, too proud to pray to the God that made us!

“It behooves us then, to humble ourselves before the offended Power, to confess our national sins, and to pray for clemency and forgiveness.” End quote.

Aleksandr Solzhenitsyn reached a similar conclusion when he considered how communism had managed to dominate his native Russia for seven decades. In a 1983 address he said—quote—“More than half a century ago… I recall hearing a number of older people offer the following explanation for the great disasters that had befallen Russia: ‘Men have forgotten God; that’s why all this has happened.’

“…If I were asked today to formulate… the main cause of the ruinous Revolution that swallowed up some 60 million of our people, I could not put it more accurately than to repeat: ‘Men have forgotten God; that’s why all this has happened.’ End quote.

These men were on to something. Blaming others hasn’t worked. We’ve tried that and more. Why not try God?