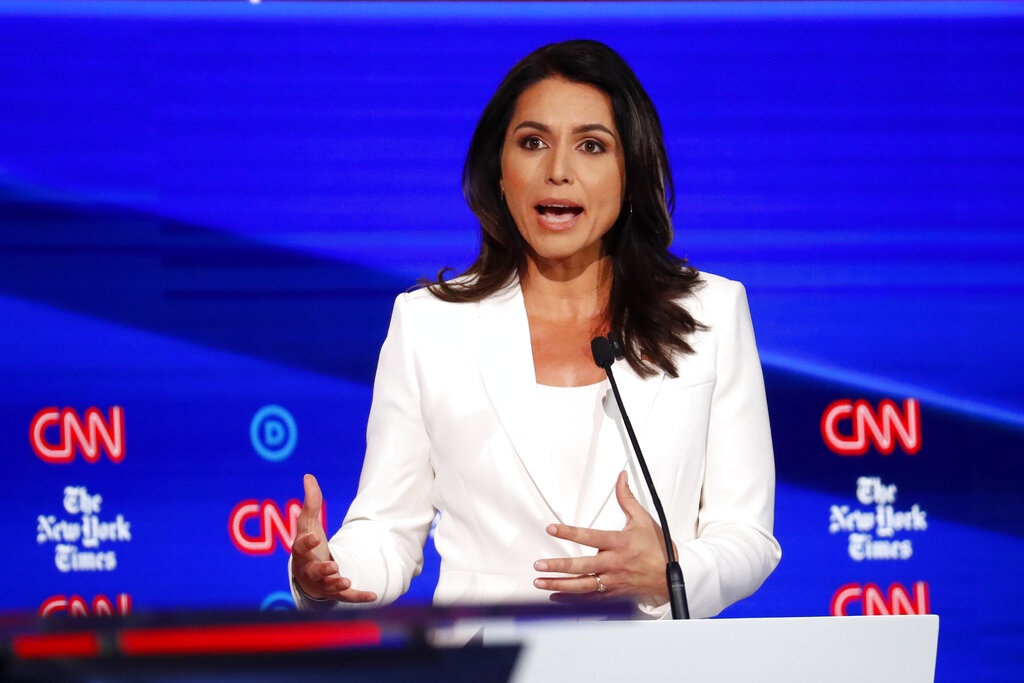 MARY REICHARD, HOST: Today is Thursday, October 24th. Good morning! This is The World and Everything in It from listener-supported WORLD Radio. I’m Mary Reichard.

NICK EICHER, HOST: And I’m Nick Eicher. Hillary Clinton is making a new allegation that a political candidate is colluding with Russia to steal an election.

And this has zero to do with Donald Trump.

CAL THOMAS, COMMENTATOR: A new wrestling league is being promoted during TV coverage of Major League Baseball’s post-season. The ad promises more action, more spectacle and includes women as well as men going at it.

I have two candidates for their consideration: Hillary Clinton and presidential candidate Tulsi Gabbard.

Last week Clinton accused Congresswoman Gabbard of being a “Russian asset” as she offered new excuses beyond the real ones for why she lost the 2016 election. In a podcast interview with David Plouffe, Clinton claimed the Kremlin is using Gabbard as a spoiler to assist in President Trump’s re-election. She made a similar assertion about Green Party presidential candidate Jill Stein.

Clinton offered no evidence to support her allegations. Gabbard is a military veteran who fired back in the take-no-prisoner style of President Trump. She called Clinton “the queen of warmongers, embodiment of corruption, and personification of the rot that has sickened the Democratic Party.”

No parsing of words there. I’d say it’s the rhetorical equivalent of a wrestling “smackdown.”

Gabbard later tweeted at Clinton. Quoting now: “It’s now clear that this primary is between you and me. Don’t cowardly hide behind your proxies. Join the race directly.”

It appears Clinton still cannot get over her 2016 election defeat. It happened because of her poor campaign, insincerity, email scandal, and abrasive personality. She also failed to campaign in key states that led to her defeat.

But she’d like to blame Jill Stein, Tulsi Gabbard and Russia.

Remember it was Clinton who, while secretary of state, came up with the idea to “reset” relations with Russia. I guess she hit the wrong button.

Larry Donnelly is an American Democrat who heads the Kennedy Summer School in County Wexford, Ireland. He said it well in his tweeted response to Hillary’s statement. Quoting now: “I voted for Hillary Clinton. I think she’s a smart, capable person who would be an infinitely better president than the man who defeated her. But her clearly orchestrated slander of Tulsi Gabbard is beneath contempt. An absolute disgrace.” End quote.

That comment, along with many others, “pins” Hillary to the mat for the obligatory three-count.