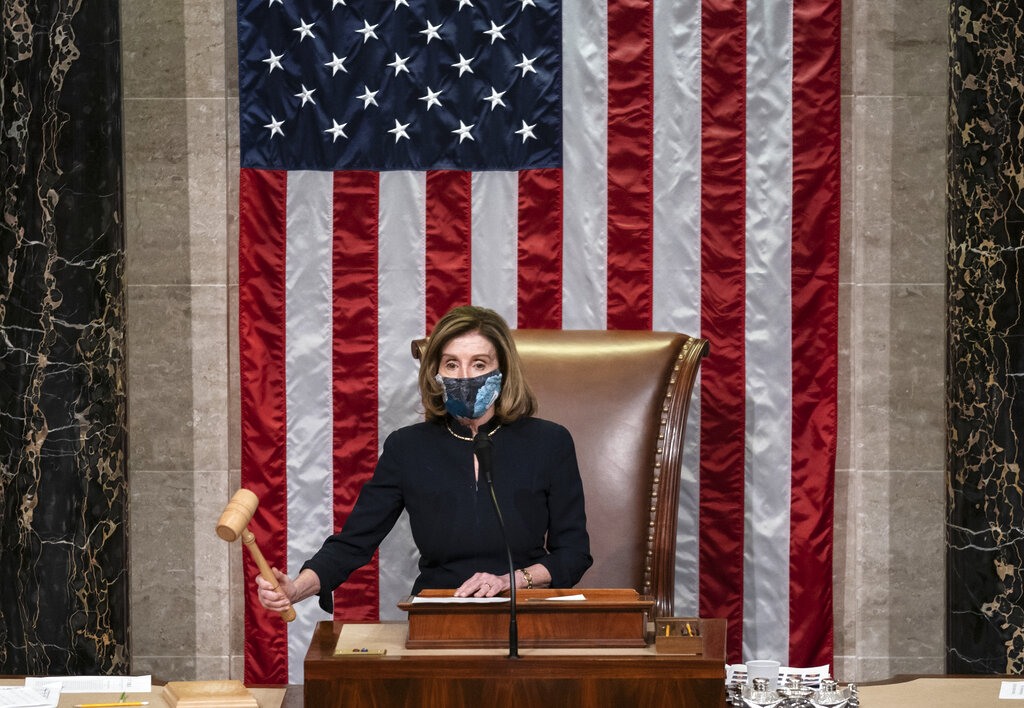 MEGAN BASHAM, HOST: Today is Thursday, January 14th. Good morning! This is The World and Everything in It from listener-supported WORLD Radio. I’m Megan Basham.

Cal Thomas now on why political revenge won’t bring the healing our country so desperately needs.

CAL THOMAS, COMMENTATOR: They say “Revenge is a dish best served cold.” That means it’s better to deliver retribution for a perceived or actual injustice after time has passed, so it can be done dispassionately. But sometimes it’s better not to serve that dish at all.

Dispassion is in retreat in Washington. Instead of serving revenge cold, House Speaker Nancy Pelosi and many other Democrats are turning up the heat.

Some conservatives I hear from believe Democrats are trying to impeach President Trump for a second time and deny him the right to ever hold office again because they fear his policy successes and the 74 million who voted for him.

If Pelosi and her fellow Democrats proceed with their threats, it will only further divide the country, deepen conspiracy theories, possibly lead to more violence, and hinder the confirmation of Joe Biden’s nominees for critical offices. It could also embolden our enemies.

We have a better model for dealing with a president many feel has disgraced himself and the office of the presidency. It’s what Gerald Ford did for former President Richard Nixon following his resignation over the Watergate affair.

On September 8th, 1974, Ford pardoned Nixon. He noted a Senate trial would take up to a year and “in the meantime the tranquility to which this nation has been restored by the events of recent weeks”—meaning Nixon’s resignation—“could be irreparably lost by the prospects of bringing to trial a former president of the United States.”

Ford continued in his pardon announcement: “The prospects of such a trial will cause prolonged and divisive debate over the propriety of exposing to further punishment and degradation a man who has already paid the unprecedented penalty of relinquishing the highest office of the United States.”

True, President Trump’s situation is different. He hasn’t resigned or suffered from his actions, real or alleged. In fact, he’s categorically denied responsibility. But the principle remains the same.

This vindictiveness has spread to members of the White House staff and even to Trump supporters in Congress. There have been calls, including from Forbes magazine, to deny them future employment as punishment for their association with Trump.

This is reminiscent of the Hollywood blacklist, the “Red Scare,” and the McCarthy era. Where are the principled people who courageously stood-up against those smears? If they don’t stand up again now, they risk possible future harm to themselves and to the country.

The best policy now is to allow Trump to leave office and let the justice system work. If he’s committed crimes, let the courts deal with them. Congress should focus on building a better future, rather than dwelling on a bitter past. Vindictiveness will only turn him into a martyr in the minds of his supporters. That, too, would be bad for the country.

(AP Photo/J. Scott Applewhite) Speaker of the House Nancy Pelosi, D-Calif., leads the final vote of the impeachment of President Donald Trump for his role in inciting an angry mob to storm the Congress last week, at the Capitol in Washington, Wednesday, Jan. 13, 2021.