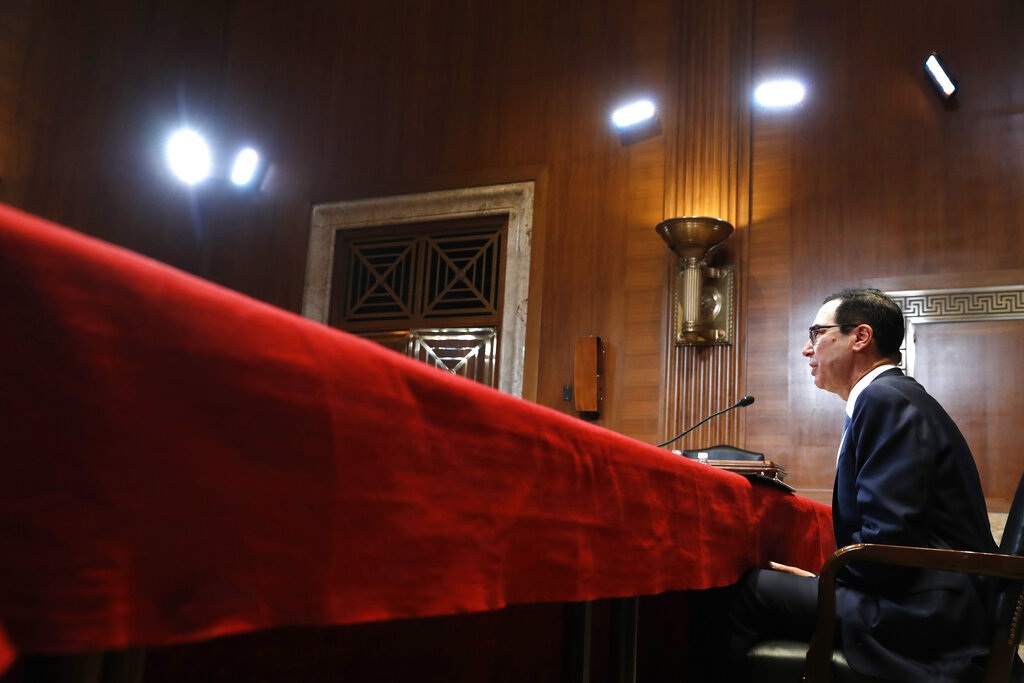 MARY REICHARD, HOST: Today is Thursday, July 25th. Good morning! This is The World and Everything in It from listener-supported WORLD Radio. I’m Mary Reichard.

NICK EICHER, HOST: And I’m Nick Eicher. The Trump administration and congressional leaders this week came together for a big, bipartisan agreement to rack up more debt.

Commentator Cal Thomas is not impressed in the least.

CAL THOMAS, COMMENTATOR: The Founders of the United States of America warned against massive federal debt. But to our detriment, their political descendants are not paying attention.

The Founders speak to us from their graves to condemn and warn of the consequences now that President Trump and Congress have agreed to lift the meaningless “debt ceiling” and increase already massive federal spending—adding to the nation’s $22 trillion debt.

First to speak is Thomas Jefferson: “We must not let our rulers load us with perpetual debt.”

Next is Alexander Hamilton: “Nothing can more affect national prosperity than a constant and systematic attention to extinguish the present debt and to avoid as much as possibl(e) the incurring of any new debt.”

I’m not sure if that line made it into the Broadway musical “Hamilton”—but it should have.

Then we have this from George Washington: “Avoid… the accumulation of debt not only by shunning occasions of expense but by vigorous exertions to discharge the debts, not throwing upon posterity the burden which we ourselves ought to bear.”

And one from James Madison: “I go on the principle that a public debt is a public curse, and in a Republican Government a greater curse than any other.”

And here’s John Adams: “The consequences arising from the continual accumulation of public debts in other countries ought to admonish us to be careful to prevent their growth in our own.”

Perhaps the most profound of all comes from Benjamin Franklin: “When you run in debt; you give to another power over your liberty.”

Franklin is establishing a direct connection between debt and liberty—the more debt, the less liberty. Is anyone in the present Congress and administration listening?

President Trump tried to put a gloss on the deal by saying it will strengthen the military and help veterans. In fact, it is little more than an invitation to unrestrained spending for the next two years.

The president and many Republicans in Congress argued that cutting taxes would stimulate economic growth. It has—and federal revenue is up—but federal spending has outstripped them both.

If our leaders cannot control spending, no amount of economic growth will reduce the debt. Neither will the tax and spend proposals offered by Democratic presidential candidates.

In a 2017 article for the fiscally conservative Forbes magazine, budget expert Stan Collender wrote: “Let it be shouted from every mountaintop in the United States: Today’s Republican Party is a federal budget deficit and national debt fraud.”

Collender then invokes a definition of fraud and ties it to the GOP: “Intentional perversion of truth in order to induce another to part with something of value,” and “a person who is not what he or she pretends to be.”

This unrestrained spending spree will have consequences for the future of the country. Just ask other nations that have failed to live within their means.

Or ask the Founders.

(AP Photo/Jacquelyn Martin, File) In this May 15, 2019, file photo Treasury Secretary Steve Mnuchin testifies about the budget during a Financial Services and General Government subcommittee hearing on Capitol Hill in Washington.