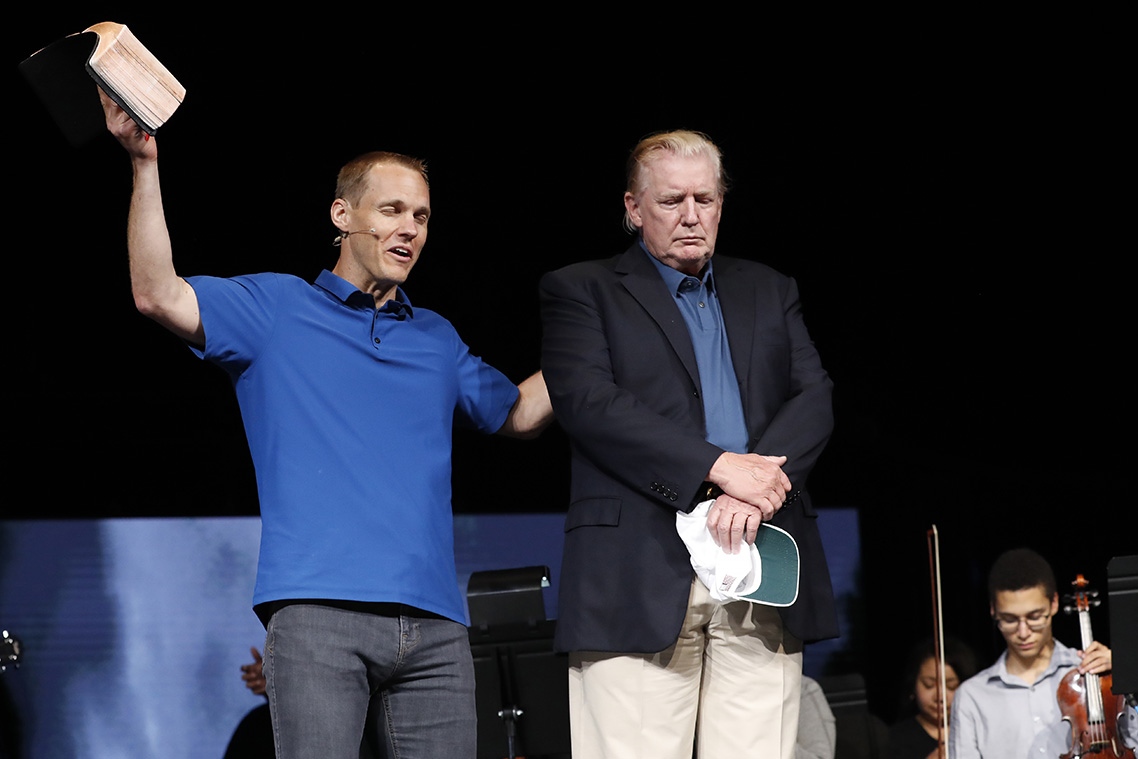 NICK EICHER, HOST: Today is Thursday, June 13th. Good morning! This is The World and Everything in It from listener-supported WORLD Radio. I’m Nick Eicher.

MARY REICHARD, HOST: And I’m Mary Reichard. Commentator Cal Thomas is here now with thoughts on what the Bible has to say about praying for our leaders.

CAL THOMAS, COMMENTATOR: Only the most partisan person would begrudge prayers for the president of the United States, but here we are. President Trump’s recent visit to the mega McLean Bible Church in Virginia has rubbed some congregants the wrong way.

The White House gave the church only a few minutes notice that the president would be coming to the service after finishing a round of golf at a nearby course. Some Christian leaders had called for special prayers for the president that Sunday. And it came only days after the Virginia Beach shooting.

When President Trump arrived, Pastor David Platt invited him to the platform. Platt placed his hand on the president’s back. And with their eyes closed and heads bowed, Platt addressed God:

Platt added a prayer for Congress and other leaders. The president never said a word.

The prayer led some in the congregation to complain that Platt was endorsing Trump’s policies and possibly his personae. In response, Platt issued a statement effectively apologizing to those who felt “hurt.”

But the problem wasn’t with Platt’s nonpolitical prayer. The problem was with those congregants who were offended.

As Platt noted, he was following the Apostle Paul’s command in 1 Timothy 2. Quote—“I urge that petitions, prayers, intercessions and thanksgiving be offered on behalf of all men, for kings, and all those in authority … This is good and pleasing in the sight of God our savior…” End Quote.

This was written at a time when the Roman government cruelly dominated much of the known world. Paul wrote it after the crucifixion of Jesus on orders from Pontius Pilate, an officer of Rome. And Paul himself was unjustly imprisoned under that same civil authority.

If Paul could instruct fellow believers to pray for even despotic dictators, how can contemporary Christians complain when a pastor follows his instructions?

At my own church in the Maryland suburbs, we pray for the president, vice president, Congress, and state and local officials every Sunday, no matter their party or policies.

I once shared that information with President Obama, who responded, “Please, thank the congregation.”

Scripture teaches all authority is from God. So Christians don’t get to pick and choose for whom they should pray based on who they voted for, or their policies. All means all.

Pastor David Platt did the right thing—and every Christian should follow his lead.