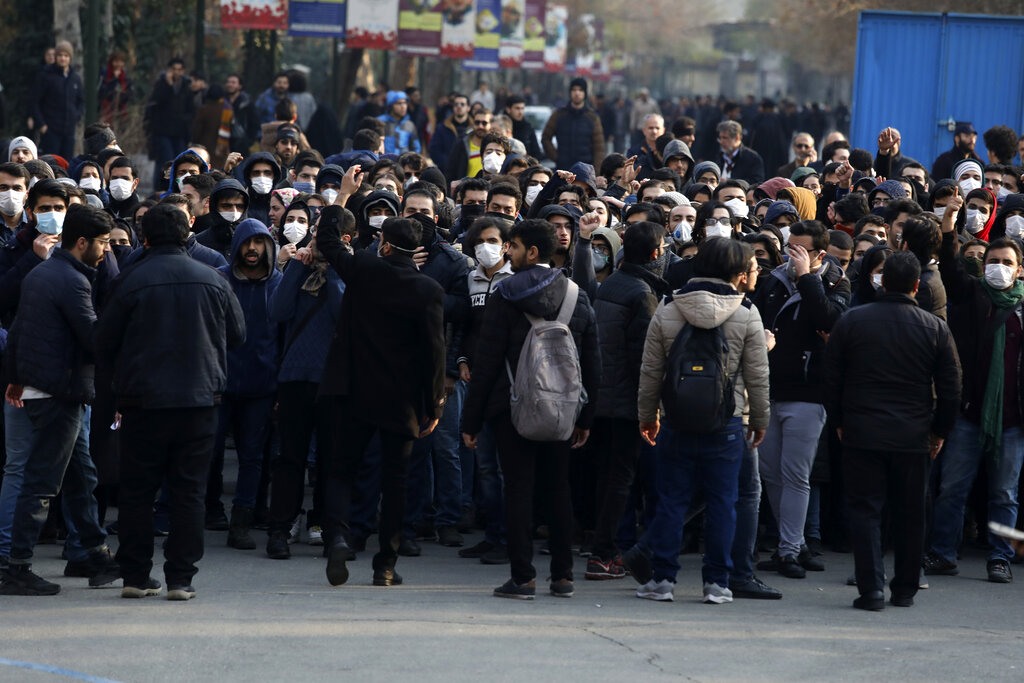 NICK EICHER, HOST: Today is Thursday, January 16th. Good morning! This is The World and Everything in It from listener-supported WORLD Radio. I’m Nick Eicher.

MEGAN BASHAM, HOST: And I’m Megan Basham. Next up, Cal Thomas with a reminder about the blessings of personal and political freedom.

CAL THOMAS, COMMENTATOR: The latest protests in Iran over the Iranian military’s “unintentional” downing of a Ukrainian jetliner are different from past protests over rigged elections, rising gas prices, and what Americans like to call “voter suppression.”

This time, the protests cover a much wider area of the country. This time, protesters did not chant “death to America” or “death to Israel.” This time, anger was directed at the theocratic regime’s handling of the missile strike. This time, a president of the United States tweeted his support for the protesters in English and in Farsi and warned “the world is watching.”

Democrats were nearly silent about the protests, even though they once boldly voiced opposition to totalitarian regimes.

Interviewed Sunday on ABC’s This Week, House Speaker Nancy Pelosi appeared to minimize the significance of the demonstrations. Host George Stephanopoulos asked her if she supported the demonstrations and whether it would be good for the regime to collapse.

PELOSI: The protesters are protesting—as I understand it, this brand of protesters—about the fact that that plane went down. And many students were on that plane and these are largely students in the street.

The far left, which increasingly dominates the Democratic Party, predictably took Iran’s side against their own country. Actress Rose McGowan tweeted: “Dear #Iran. The USA has disrespected your country, your flag, your people. 52 percent of us humbly apologize. We want peace with your nation. We are being held hostage by a terrorist regime. We do not know how to escape. Please do not kill us. #Soleimani.”

A.J. Caschetta responded to McGowan and many others on the far left in National Review magazine: “While it may be tempting to dismiss McGowan’s attempts at wit, her line of reasoning, however faulty, is echoed by nearly all the Democrats on the campaign trail and by virtually every Middle East specialist in the media and in academia.”

Why aren’t the Democratic presidential candidates asked if they share such views? Perhaps it is because those asking the questions don’t want to do anything that would harm the chances of one of the Democrat presidential candidates beating President Trump in the November election. Does that sound too harsh? Consider that 92 percent of media coverage of the president has been negative, according to a study by the Media Research Center.

Could the protests in Iran follow the pattern of other freedom movements, like Solidarity in Poland, or demonstrations that led to the fall of the Berlin Wall and the collapse of the Soviet Union? Or, could they end in a stalemate with increasingly brutal repression, as in Venezuela?

It’s too early to say. But we should at least expect people who enjoy the blessings of liberty—including the right to say very foolish things—to support the efforts of others who want to free themselves from totalitarian oppression.

(AP Photo/Vahid Salemi) Anti-government protesters attend a demonstration blaming the government for the delayed announcement of the unintentional downing of a Ukrainian plane last week, at the Tehran University campus in Tehran, Iran, Tuesday, Jan. 14, 2020.