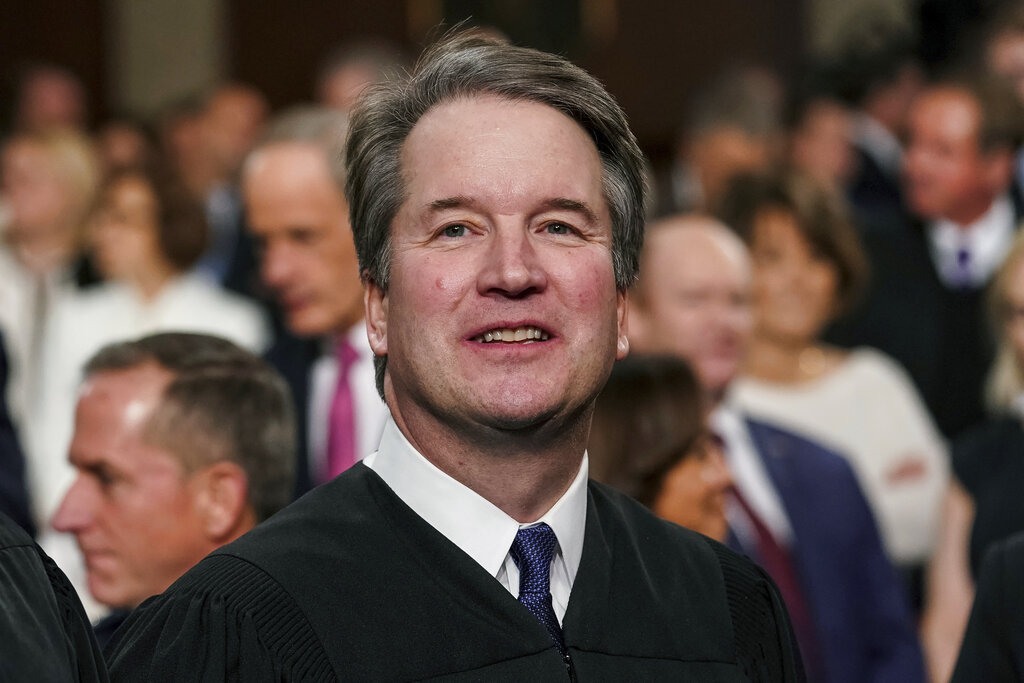 MEGAN BASHAM, HOST: Today is Thursday, September 19th. Good morning! This is The World and Everything in It from listener-supported WORLD Radio. I’m Megan Basham.

MARY REICHARD, HOST: And I’m Mary Reichard. Next up, Cal Thomas offers some advice to those Democrats who push more and more extreme partisan attacks.

CAL THOMAS, COMMENTATOR: When the Supreme Court, under a previous ideological majority, was handing down decisions favorable to the left, Democrats were fine with deferring to that third branch of government to achieve what they declined to produce in legislation. Some Democrats in conservative states took the position that it wasn’t their fault that the court was issuing rulings that voters regarded as constitutionally wrong and morally unprincipled. Blame the justices, not them.

But now Democrats see their primary avenue to legal and cultural change slipping away. And they’re doing everything they can to regain lost ground. The latest effort is the post-confirmation assault on Justice Brett Kavanaugh. Opponents failed to deny him a seat on the court with testimony from Christine Blassey Ford. But frustrated Democrats at The New York Times keep trying.

The Times published a story on Sunday that alleged Kavanaugh “exposed himself” to a female student while they were both at Yale. The incident was supposedly witnessed by a classmate, Max Stier. He went on to become a lawyer for Bill Clinton. Oh, the irony. And he supposedly told the story to senators and the FBI at the time of Kavanaugh’s nomination.

Kavanaugh denies the incident ever happened. The young woman supposedly involved has declined to be interviewed. And according to friends she “doesn’t recall the incident.”

The Washington Post reportedly had the same secondhand information about Kavanaugh a year ago, but did not run the article because it could not confirm key details of the story.

The Times, unconcerned with key details, went full-steam ahead. It was forced to publish a rather weak editor’s note on Sunday “correcting” the story. But that pointed out quite glaringly its journalistic ineptitude. As Andrew Sullivan put it in New York magazine, the Times has “abandoned liberalism for activism.” How’s that for an assault to its reputation as a trusted media outlet?

Despite that correction and all the criticism, several Democratic presidential candidates rushed to judgment and demanded Kavanaugh be impeached. But this isn’t really about Kavanaugh. As a Wall Street Journal editorial noted, “It’s important to understand that this assault on the justice is part of the left’s larger campaign against the legitimacy of the current Supreme Court and an independent judiciary.”

This is all Democrats have left in their dwindling arsenal. They’re still after President Trump’s tax records. They hate his Supreme Court appointments. They are livid that his economic policies are working when they have always believed the economy was their issue.

But increasingly extreme attempts to score a political victory could easily backfire. Let’s see how far this strategy gets them with voters next November.

(Doug Mills/The New York Times via AP, Pool) In this Feb. 5, 2019 file photo, Supreme Court Associate Justice Brett Kavanaugh watches as President Donald Trump arrives to give his State of the Union address to a joint session on Congress at the Capitol in Washington.