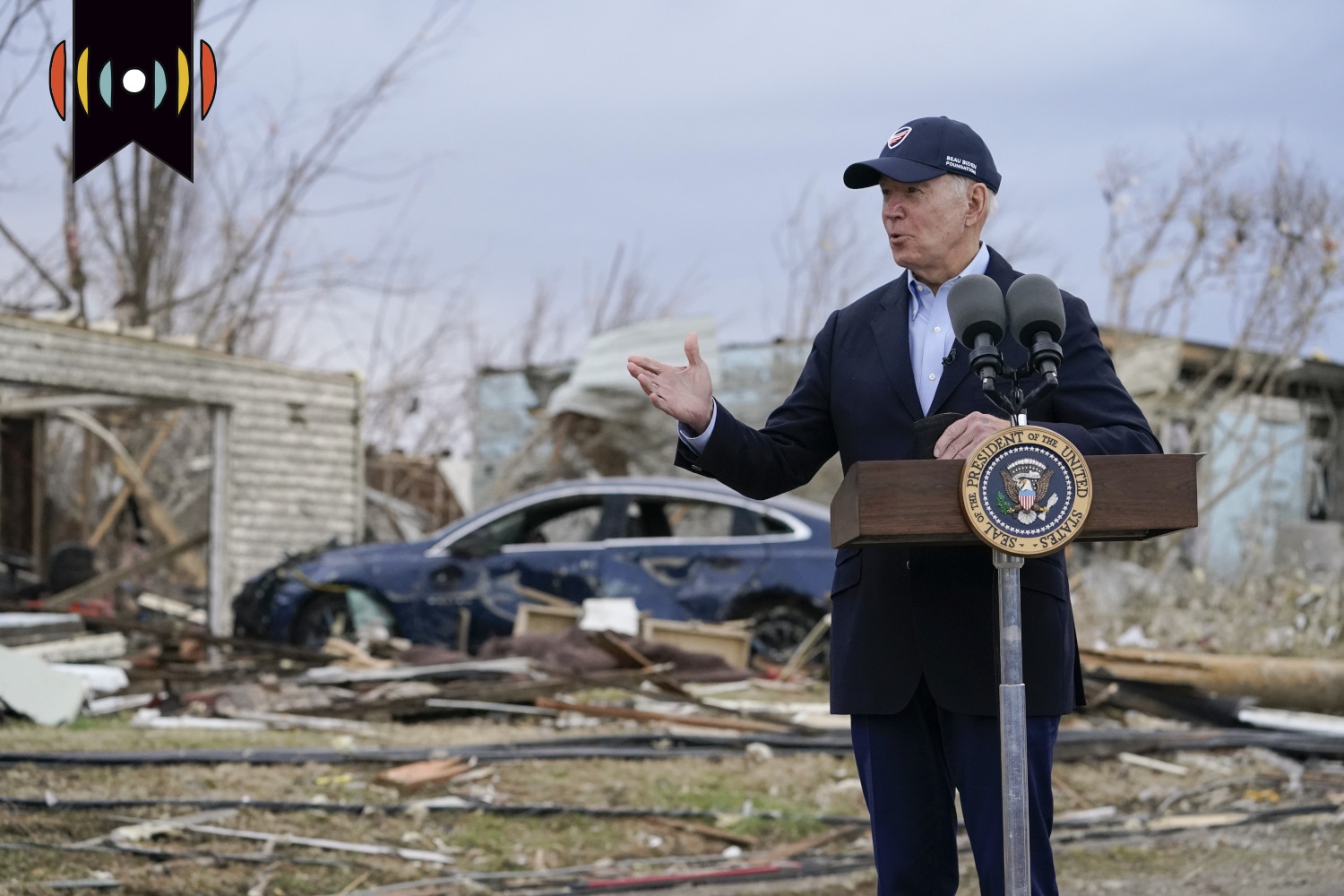 MYRNA BROWN, HOST: Today is Thursday, December 16th. Good morning! This is The World and Everything in It from listener-supported WORLD Radio. I’m Mryna Brown.

CAL THOMAS, COMMENTATOR: Some politicians and government officials can’t let a serious crisis go to waste. In the matter of the tornadoes that devastated Western Kentucky, parts of Tennessee and four other states, restraint was called for, but went unanswered.

Asked about the cause of such devastation, President Biden said, “We all know everything is more intense when the climate is warming.” He later walked back the comment to a “wait and see” position. Federal Emergency Management Agency Administrator Deanne Criswell also blamed climate change, saying such disasters will be the "new normal" from now on.

Neither the president, nor Criswell are meteorologists, but Chris Martz is. He writes on his website that there has been “no overall trend in U.S. tornado activity since 1954.” He cites the National Weather Service’s EF scale, used to measure the power of storms. That scale shows tornado intensity is down 50 percent in nearly seven decades. This tornado was a rare event.

But attributing storm devastation to climate change is nothing new.

A 1974 story in the Lincoln (Nebraska) Journal Star blamed severe weather on “global cooling.” It said, quote—“Droughts, floods, blizzards, tornadoes, typhoons, and hurricanes have plagued much of the nation and the world in recent years. Most people considered these weather conditions to be abnormal and temporary, but instead, climatologists now believe the first half of the 20th century was blessed with unusually mild weather and that the global climate has begun returning to a harsher—but more normal—state. For the long run, there is mounting evidence of a worldwide cooling trend.”

The response to those earlier “sky is falling” assertions included demands to alter our way of life to save the planet. More recently we have had ludicrous predictions by nationally known figures that the planet will cease to exist if we don’t follow the advice of politicians and “experts” about climate change. Most of them are associated with growing government and more state control over our lives. These apocalyptic predictions about life on earth range from weeks, to months, to a few years. Some even want to use higher gas prices and other means to force us to give up our cars and take public transportation.

Secretary of Transportation Pete Buttigieg offers electric cars as alternatives to vehicles fueled by gasoline. He says once families embrace electric cars they will “never have to worry about gas prices again.” Has he noticed that electric bills usually go up, not down?

We never hear about how wrong “experts” have been in the past when they once predicted the opposite of what new “experts” now predict. Could there be a political agenda behind that omission?

As for the current storm devastation, our national focus should be on helping people in need. Leave the politics and questionable science for debate on another day.