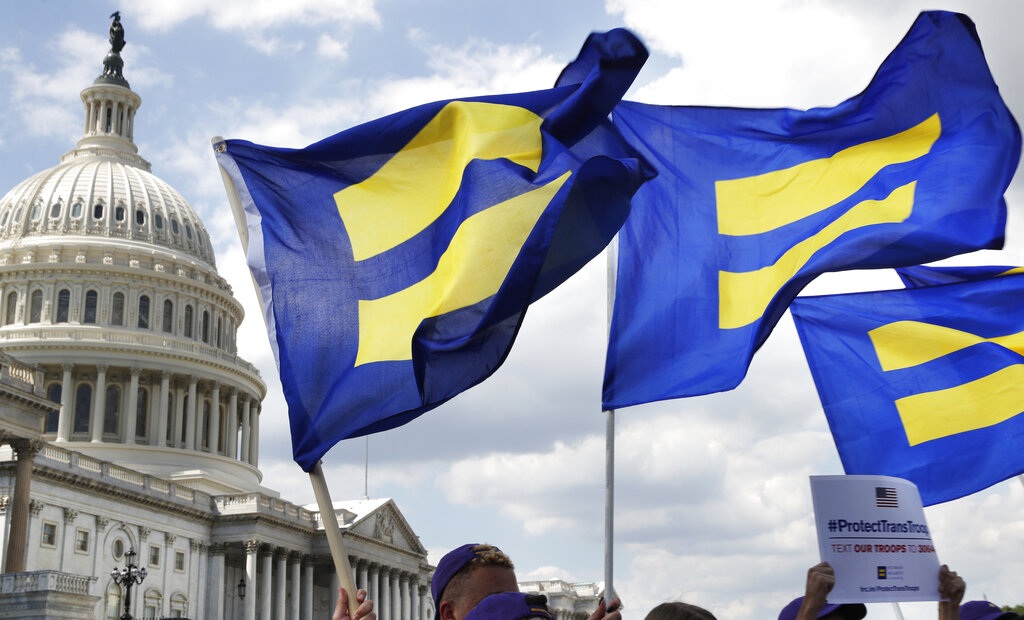 MEGAN BASHAM, HOST: Today is Thursday, March 4th. Good morning! This is The World and Everything in It from listener-supported WORLD Radio. I’m Megan Basham.

CAL THOMAS, COMMENTATOR: Every sport has boundaries. Rules for playing the game may occasionally change, but the boundaries remain. In baseball, it’s called foul territory. In football, a pass caught out of bounds is ruled incomplete. No one would think of erasing boundaries and expect an orderly contest.

But boundaries are rapidly being erased in modern American culture. Everything seems to be in danger of sacrifice to opinion polls, campaign contributions from certain advocacy groups, and editorial support from major newspapers.

The Equality Act targets what few boundaries remain about human behavior. Its popularity with Democrats should tell us something about that party and the moral and cultural direction of the country.

Is there any human sexual behavior they would oppose?

Conservatives have warned against granting special rights for what they regard as chosen behavior. They predicted that strategy would open the door to myriad claims from groups that want federal protection for their behavior. Looks like they were right.

Polygamists groups began campaigning for the legalization of their relationships soon after the Supreme Court narrowly approved same-sex marriage in 2015. What is to stop them now? Who will say, “no, this is too far”? On what would such an assertion be based? The Constitution? The Bible? Not likely when both sources of law and morality have been diluted to the point of being unrecognizable in much of modern and increasingly secular America. Both are now considered open to individual interpretation, or ignored.

In his classic book, Mere Christianity, C.S. Lewis writes about moral claims people make on one another. He notes they often say you should or should not do such and such, or you ought to say, or not say certain things. In this, he says, they are appealing to a standard outside of themselves.

Here is how Lewis puts it: “Now what interests me about all of these remarks is that the man who makes them is not merely saying that the other man’s behavior does not happen to please him. He is appealing to some kind of standard of behavior which he expects the other man to know about…”

Today’s “other man” may know about such standards, either because he has heard them from parents or grandparents, or has a limited reservoir of them in his DNA. But he is afraid to speak of them lest he be ostracized from what used to be called polite society.