Cal Thomas - Claims of voter fraud are nothing new 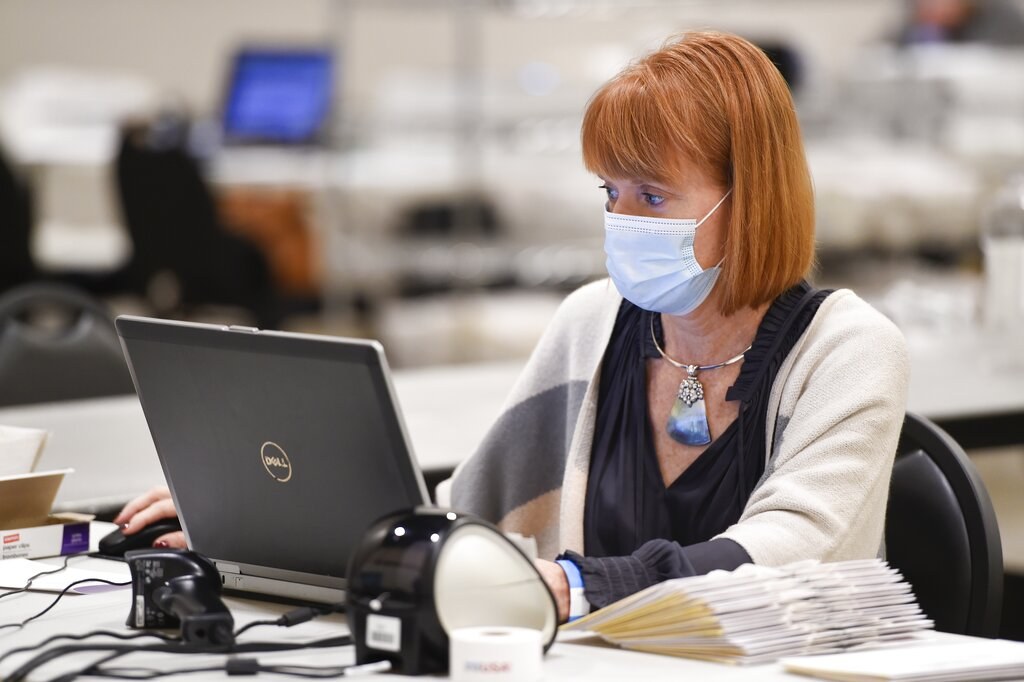 MARY REICHARD, HOST: Today is Wednesday, November 25th. Day before Thanksgiving! Good morning! This is The World and Everything in It from listener-supported WORLD Radio. I’m Mary Reichard.

NICK EICHER, HOST: And I’m Nick Eicher. Well, you don’t have to wait to catch a Black Friday bargain, you can do it now.

If you’re looking for a gift idea or maybe you’d like this resource for your family, we have some pretty great news.

There’s a Black Friday discount that cuts the program cost in half. That’s $40 for an entire year of current events videos, one for every weekday.

Go to worldwatch.news to claim this deal. It runs right now through Monday.

EICHER: All right, well Cal Thomas has some thoughts on the very difficult burden of proof the Trump team has if it’s to have any hope of reversing the result of the presidential election.

CAL THOMAS, COMMENTATOR: The Trump legal team’s move over the weekend to distance itself from attorney Sidney Powell is a major blow to the president’s attempt to win a second term.

Powell’s 2014 book about alleged corruption at the Department of Justice, along with her legal work for former National Security Adviser Michael Flynn, made her a darling of conservatives. But her assertions that Chinese communists, rigged voting machines, and foreign money defeated President Trump lack as much credibility as Sen. Joseph McCarthy’s claim in the 1950s that communists had infiltrated the U.S. State Department.

Powell says she kept evidence of voter fraud secret for fear of retaliation against the more than 200 poll workers and poll watchers who allegedly witnessed ballot tampering. She says some of them might have to be placed in witness protection! Along with allegations of communist interference, it became too bizarre even for the Trump campaign.

Numerous charges of voter fraud have surfaced over the years, though none substantially proven. Some believe that’s how Lyndon Johnson stole a Texas Senate seat in 1948. LBJ had first run for the Senate in 1941. He lost by about 1,300 votes and blamed voter fraud. He ran again in 1948. On election night in the Democrat Primary runoff against former Texas Governor Coke Stevenson, it appeared LBJ had lost.

Then, as if out of a magician’s hat, someone “discovered” a box of uncounted ballots in the south Texas town of Alice. By the end of that week, LBJ had “won” by 87 votes, earning him the title “Landslide Lyndon.” Each side accused the other of voter fraud.

Allegations of voter fraud also plagued the 1960 presidential race between Richard Nixon and John F. Kennedy. Out of 68 million ballots cast (roughly half the number in the Trump-Biden race) Kennedy won by a little more than 100,000 votes. The controversy arose over the Chicago Mafia and the corrupt mayor of the city, Richard J. Daley. They were accused of providing the necessary number of votes for Kennedy to prevail in Cook County and thus the entire state and nation.

Then there was the 2006 Minnesota Senate race between incumbent Norm Coleman and comedian Al Franken. Franken “won” after numerous ballot recounts that stopped when he acquired enough votes to be declared the winner—by 312 votes.

The most recent election presents a much higher mountain for President Trump to climb. His attorneys promise to reveal their evidence of voter fraud this week. We’ll soon see if it’s credible and can persuade new judges.

Will the Supreme Court intervene, if asked, as they did in a case involving only a few hundred votes in Florida in the 2000 presidential contest? I’m doubtful, but in this strange and unpredictable year anything seems possible.