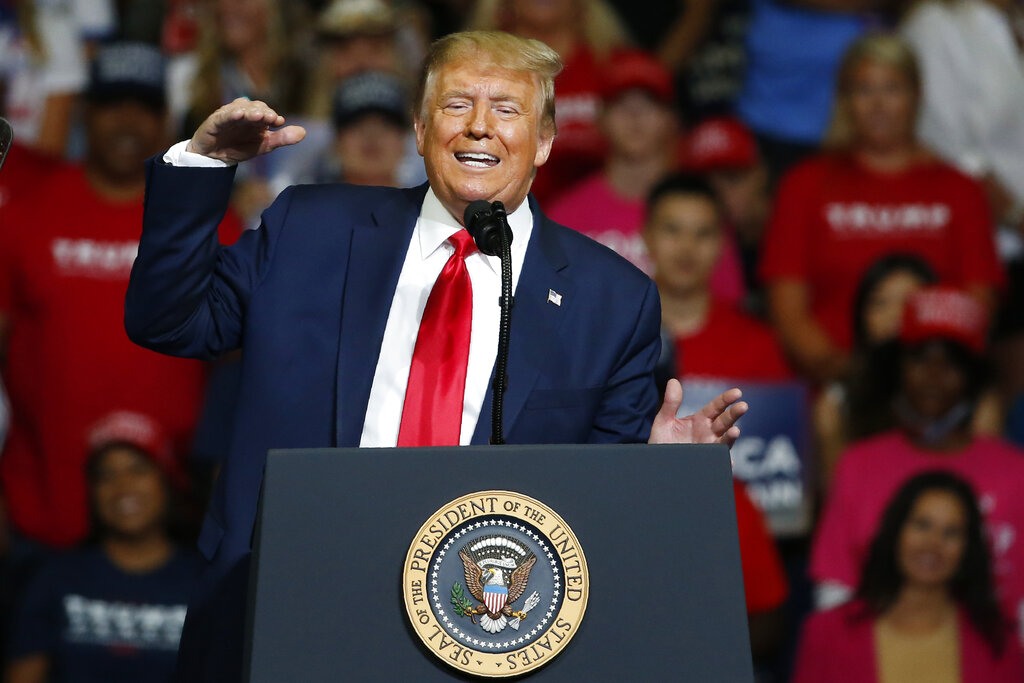 MEGAN BASHAM, HOST: Today is Thursday, June 25th. Good morning! This is The World and Everything in It from listener-supported WORLD Radio. I’m Megan Basham.

NICK EICHER, HOST: And I’m Nick Eicher. Commentator Cal Thomas says our preview of the fall presidential campaign that he saw, did not encourage him.

CAL THOMAS, COMMENTATOR: President Trump’s return to the campaign trail last weekend provided a great opportunity to speak words of healing to a divided nation. It’s too bad we got a toxic stream of consciousness instead.

His lengthy remarks were full of self-justifications and salted with crude language. He called one person “a son of a [blank]” and frequently used other four-letter words. Let’s hear his evangelical supporters defend that language.

I have heard all the explanations. It’s who he is. His policies are more important. He’s God’s chosen instrument.

During one hour and 45 tortuous minutes, President Trump spent 30 minutes talking about his commencement address at West Point. He rightly called out some in the media for claiming he appeared to be sick because of the way he held his water glass. He said he was trying to be careful with his “expensive” silk tie.

Then he demonstrated how he slowly walked down a ramp after the address because he said the bottoms of his shoes—and the ramp—were slippery.

How does any of this matter? I was embarrassed for him and for his smaller-than-predicted audience, which worshipfully applauded. But I sensed a little less enthusiasm.

Yes, many of those supposedly “one million” ticket requesters were probably reluctant to show up because of nonstop media scare tactics about the coronavirus. But another factor may have been the president’s predictability. We’ve heard versions of this speech before.

How many more times must we hear about his jaw-boning Boeing into lowering the price for two new presidential jets? Don’t we already know about closing the borders to travelers from China? And why the racial slur about the coronavirus? Did he think that was cute?

A president running for a second term must stake out his vision for the next four years. Other than a list of 25 judges from which he promises to choose for federal benches, including the Supreme Court, there was nothing about what he would accomplish in a second term.

Political attacks are always part of any campaign, but this president makes it more about personality and less about policy differences with Democrats. He only made passing references to what a Biden administration would do, even though there’s plenty to criticize.

President Trump should take a lesson from Ronald Reagan, who frequently referred to Democrats as “our friends on the other side.” He never diminished their value but instead argued why conservative ideas are better.

The president’s speech doesn’t make Joe Biden more appealing. His remarks, though, were unappealing, unattractive, and in the future unwatchable.

(AP Photo/Sue Ogrocki) In this June 20, 2020, photo, President Donald Trump speaks during a campaign rally at the BOK Center in Tulsa, Okla.