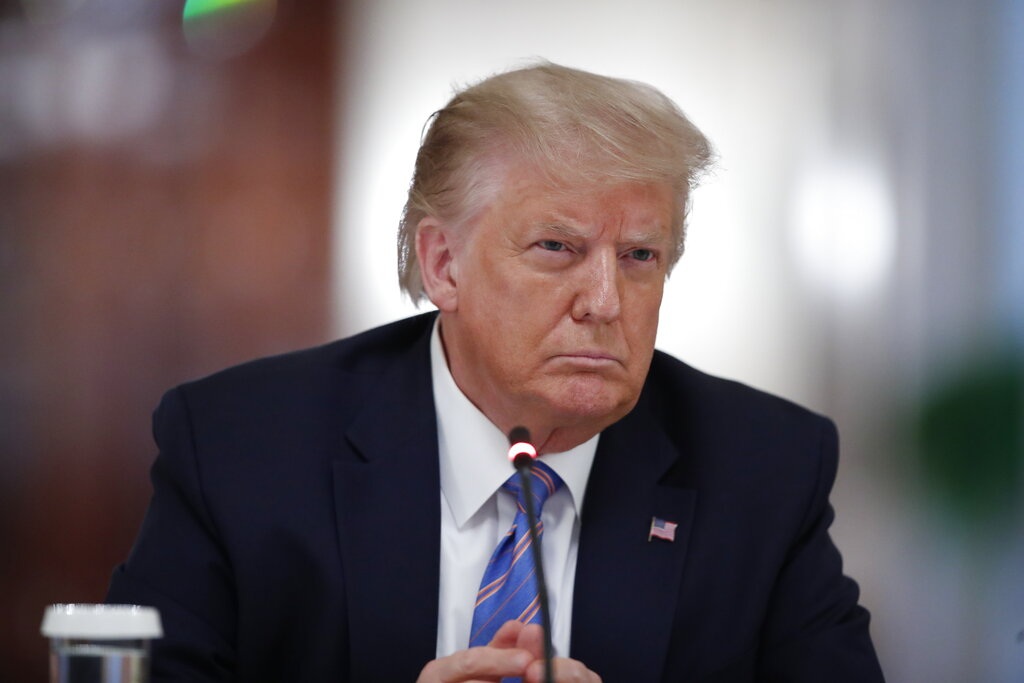 NICK EICHER, HOST: Today is Thursday, July 9th. Good morning! This is The World and Everything in It from listener-supported WORLD Radio. I’m Nick Eicher.

CAL THOMAS, COMMENTATOR: It’s a fact that you can’t reproduce experiences, such as a sporting event. Even if you could bring back the same fans and put them in the same seats you cannot replicate the emotions or the dramatic action of previous games.

The same goes for politics. President Trump can’t replicate the environment that led to his narrow victory in 2016. The political climate is vastly different in 2020.

Whether you believe polls or not, Trump seems behind in several categories that matter—such as suburban white women without a college degree and white men. It seems there’s even been a small decline in the most ardent and forgiving part of his base: evangelical Christians.

I know, the polls were wrong in 2016. In that year a lot of people did not take Trump seriously. This year Trump’s opponents are taking him seriously, to the point of visceral hatred. The mainstream media report on virtually nothing good the administration has done and ascribe the basest of motives to him.

The president’s mostly patriotic July 4th speech in South Dakota is only the latest example. He reminded us of what used to be widely accepted as traditional American principles.

Notice the culture war and social division are never the fault of the left. Trump is not responsible for rioting, looting, and the destruction of monuments. Why aren’t the anarchists guilty of launching a culture war and dividing Americans? Because it is part of a unified tactic to harm the president’s re-election and restore the Establishment to power.

Meantime, Joe Biden gets a free pass from the media. His constant gaffes and inarticulate sentences have caused aides to tightly control his availability to the press and public.

Trump can’t do anything about that, but he can do something about those poll numbers. First, he could display some empathy for the families who have lost loved ones in wrongful killings or from COVID-19. Second, acknowledge the virus is spreading and urge people to return to the practices that resulted in declining numbers of cases. Third, stop the personal attacks and ignore most (if not all) the attacks directed at him.

Fourth, he must contrast his policies with Joe Biden’s and explain the dire consequences of socialism, since Biden has become a prisoner of the hard left.

The public wants to know if their president is with them, not above them. He should wear a mask. If he can’t visit sick people in hospitals, then visit people who have recovered. Show some kindness.

2016 won’t happen again, but President Trump still has a chance to chart a new course.