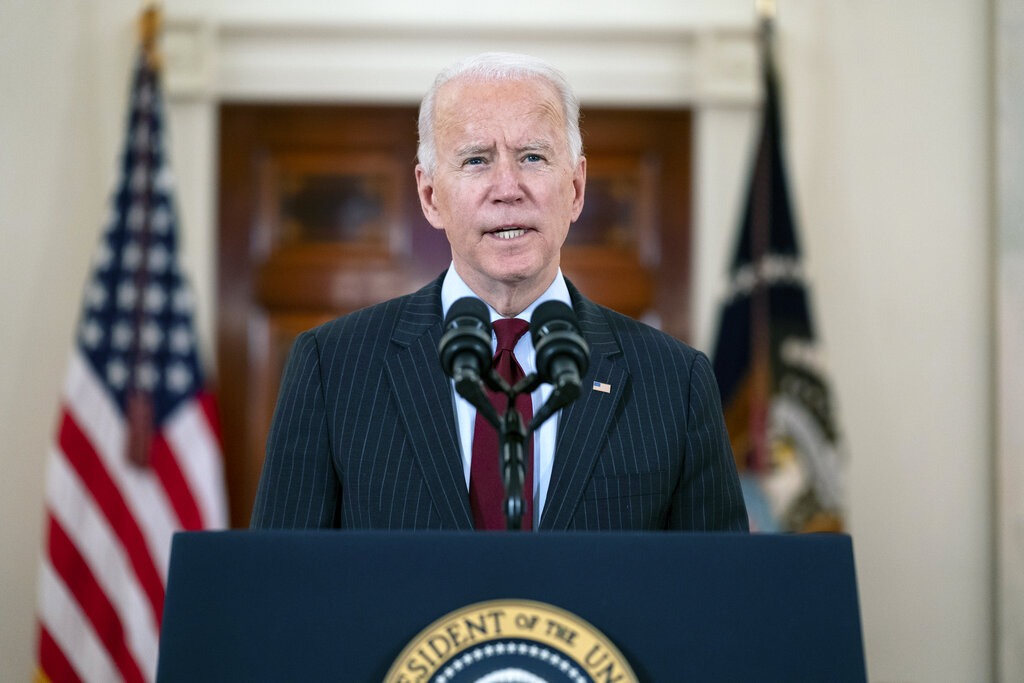 MARY REICHARD, HOST: Today is Thursday, February 25th. Good morning! You’re listening to The World and Everything in It and we’re so happy to have you along today. I’m Mary Reichard.

Next up, Cal Thomas suggests a few cuts to the pandemic stimulus package making its way through Congress.

CAL THOMAS, COMMENTATOR: To those who oppose the $1.9 trillion dollar so-called COVID relief bill, President Biden has issued a challenge: “What would they have me cut?” he asks.

Even The Washington Post editorial board thinks the spending is too much and misdirected: “…concerns about the bill’s costs are growing across the political spectrum,” the board writes.

COVID-19 cases, hospital admissions, and deaths are decreasing. Health officials promise vaccines will be widely available to the general public by July. That means possible herd immunity is coming soon. The best stimulus to the economy would be to open up businesses, allowing people to return to work while practicing health and safety measures.

Many who received money from the government in the last stimulus go-round banked the checks and spent little or none of it. The Post editorial also notes that money targeted to state and local governments don’t need it. It references a Moody’s Analytics examination of state finances that “shows that 31 states have enough money ‘to fully absorb the economic stress of COVID-19’ without substantial budget cuts or tax increases.”

That’s just for starters. Pork doesn’t even begin to describe the unrelated COVID-19 spending. Unbelievably, the bill includes money for the notorious lab in Wuhan, China, a suspected source of the COVID-19 virus.

There’s another $7.2 billion for paycheck protection, which again would be less expensive and possibly unnecessary if businesses could just reopen. When this money runs out and businesses are still mostly closed, will the president propose more spending, adding to the already unsustainable debt?

Public elementary and secondary schools are targeted to get $129 billion dollars. They don’t even have to reopen to get the money, despite the science, which Biden promised to rely on, that says young children are least likely to become infected. The Congressional Budget Office noted that Congress previously authorized $113 billion for schools, but most of that money has not been spent.

There’s plenty more, including billions to defray premiums for the Affordable Care Act, $39 billion for child care, $30 billion for public transit agencies, the $15/hour minimum wage, which may lead to more layoffs and fewer hires, $1.5 billion for AMTRAK, a bridge to Canada, and as the CBO notes, “$500 billion grants to fund activities related to the arts, humanities, libraries and museums and Native American language preservation.”

If not properly cooked, pork can get infected with trichinosis, a disease caused by a small parasitic worm. That seems a good analogy for the “parasitic” congressional worms infecting our economy with nonstop spending of money we don’t have and borrowing that can’t continue without causing serious economic harm.

Nations of the past have not been able to survive massive debt. What makes us think we can?