WORLD Radio - Cal Thomas - Are we in it to win it? 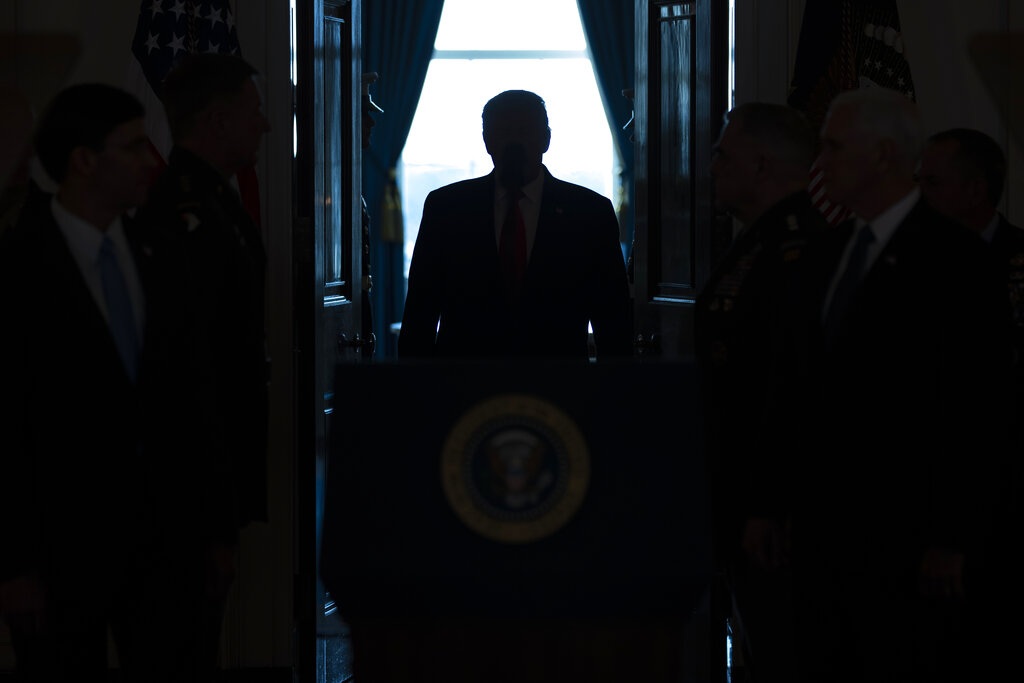 MEGAN BASHAM, HOST: Today is Thursday, January 9th. Good morning! This is The World and Everything in It from listener-supported WORLD Radio. I’m Megan Basham.

CAL THOMAS, COMMENTATOR: A day before Iran attacked U.S. bases in Iraq, Secretary of Defense Mark Esper said—quote—“We are not seeking war with Iran, but we are prepared to finish one.”

Esper said the U.S. prefers a “diplomatic” solution—and of course we all would. But a diplomatic solution would require Iran to stop funding terrorism and developing nuclear weapons. Good luck with that.

Speaker of the House Nancy Pelosi criticized the president in a mixed message. She said—quote—“We must ensure the safety of our service members, including ending needless provocations from the administration and demanding that Iran cease its violence. America and the world cannot afford war.”

Pelosi said nothing of Iran’s endless provocations. This is world’s No. 1 sponsor of terrorism, which spent last year seizing foreign ships in the Persian Gulf.

In an appearance at the White House, President Trump said: “As long as I am President of the United States, Iran will never be allowed to have a nuclear weapon.” He called for a greater involvement by NATO in the Middle East without spelling out what that would look like. And he promised more “punishing” economic sanctions on Iran’s economy.

I have written this before, but it bears repeating. Iran’s theocratic leadership believes war is the path to revealing the “12th Imam,” their version of the Christian second coming. The Mullahs of Iran are true believers who appear willing to die for their cause—or at least have others die in their place.

Here is the formula the “no more war” crowd doesn’t get or refuses to accept. Iran and its proxies kill U.S. troops, along with Iranian and foreign civilians, and we are supposed to take it. If America responds to Iran, as President Trump has done, we are the enemy of peace and guilty of “escalating” the conflict.

War is never a one-way street, unless one side pre-emptively surrenders. Victory must be our goal and should be defined.

But when it comes to fighting this 21st century war, there are numerous options short of armed conflict. They include cyberattacks, computer viruses, targeting missile sites, and more sanctions. So is supporting those inside Iran who hate their government and wish to replace it.

Perhaps Iran’s retaliatory attack this week was about “saving face.” Since no Americans were killed, we can hope this is the end of the latest conflict. But is most assuredly not the end of this war.

Iran and its extreme leaders are in it to win it. The ultimate question is, are we?