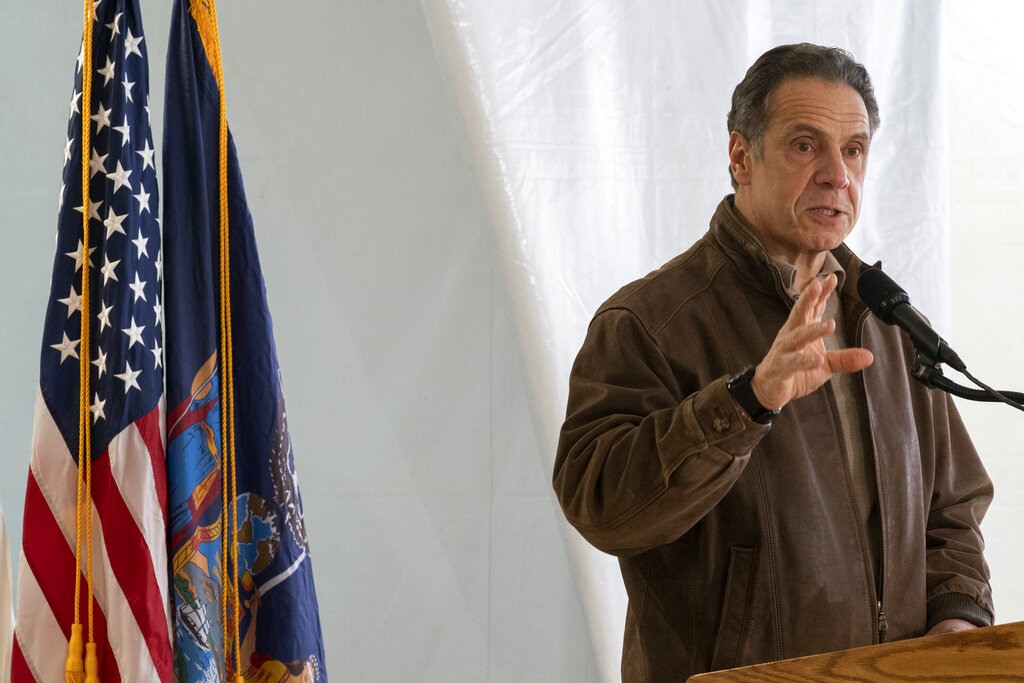 MEGAN BASHAM, HOST: Today is Thursday, February 18th. Good morning! This is The World and Everything in It from listener-supported WORLD Radio. I’m Megan Basham.

CAL THOMAS, COMMENTATOR: The people who hand out Emmy Awards should ask New York Governor Andrew Cuomo to return the one they gave him.

Cuomo received an Emmy for what it called his “masterful” COVID-19 press briefings. The media lauded those performances, extolling his honesty and transparency. It now turns out he was as honest as many other politicians and as transparent as a brick.

The New York Post reported last week that Cuomo aide Melissa DeRosa privately apologized to Democratic legislators for withholding the number of people who died in state nursing homes. Why did they do that? For fear that the real numbers would be quote—“used against us” by federal prosecutors.

The New Yorker magazine once called Cuomo “The King of New York.” Similar fawning could be found in other media outlets before and during the early stages of the pandemic. Now it appears his kingship may be coming to an end. Cuomo is facing calls to resign, and threats of impeachment.

Cuomo allowed—some critics say “forced”—many elderly people with COVID-19 into nursing homes. Adding to the pain already inflicted on their family and friends, the governor later said, “Who cares if they died in the nursing home or in the hospital? They died.”

Comments like these are what contribute to the cynicism many Americans have toward our leaders.

CNN, which employs Cuomo’s brother, Chris, didn’t do much to look into nursing home deaths in New York or fact-check the governor’s claims. When Chris Cuomo had his brother on as a guest, the two often joked as if they were attending a family reunion. If shame has any meaning these days—and it doesn’t—CNN and Chris Cuomo should be repenting in sackcloth and ashes.

Among the few seeking the truth was Fox meteorologist Janice Dean. Her parents-in-law died after being infected with the virus in a New York nursing home. In an essay for foxnews.com, Dean wrote: “We lost them both to COVID last spring as the virus ravaged their long-term care facilities. Their death warrant was signed as an executive order by New York Governor Andrew Cuomo who put infected patients into the places where our most vulnerable resided.”

The last New York governor to be impeached and removed from office was William Sulzer in 1913 during the Tammany Hall scandals. He was convicted of misappropriating funds.

Covering up the number of deaths and arguably contributing to them is a far worse offense. The state legislature should begin impeachment proceedings and remove Governor Cuomo from office.