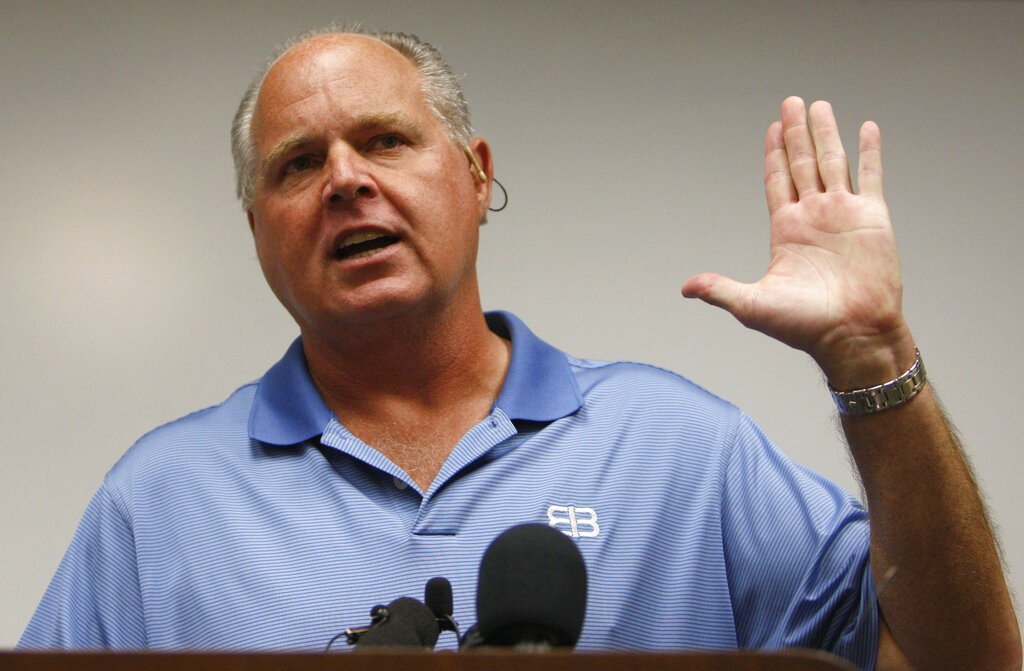 NICK EICHER, HOST: Today is Thursday, June 4th. Good morning! This is The World and Everything in It from listener-supported WORLD Radio. I’m Nick Eicher.

MEGAN BASHAM, HOST: And I’m Megan Basham. The book of James has some excellent advice: let’s all be quick to listen, slow to speak, and slow to become angry.

Commentator Cal Thomas has some thoughts on that.

The fascinating conversation went on for almost half an hour. While it appeared that the hosts and Limbaugh were occasionally talking over each other, the conservative had to earn at least some respect with his forceful denunciation of the killing of George Floyd. Limbaugh said the police officer who killed Floyd should be charged with first, not third-degree murder.

The Breakfast Club hosts D.J. Envy, Angela Yee, and Lenard Larry McKelvey, focused mainly on what they called “white privilege” as the source of misery in much of the African American community. Limbaugh countered that the three hosts were examples of how one can overcome obstacles, including discrimination.

We will always debate solutions, but it’s hard to deny we have a major problem. And it’s not only racism. It is that we don’t know each other.

I grew up in a virtually all-white Washington, D.C., suburb—a city that practiced segregation well into the 1960s. So I didn’t know anyone of a different race, other than a family maid, until I began playing college basketball. Showering and eating meals with people who were “different” from me bridged a gap that no legislation could span. I came to see them as teammates, friends, equals, and better players than me.

White people have enjoyed privilege from the beginning of the country in almost every category. This includes professional sports, which are now dominated by African Americans, but for many years were not.

I recently re-watched the Ken Burns series “Baseball” on PBS and was reminded of how that sport banned black players from fields simply because of their skin color. It is important for white people to acknowledge white privilege and our history of white supremacy before helpful and healing conversations can begin.

Those who think we’re completely beyond the past should think again. It was only in 2009 that Harvard Professor Henry Louis Gates Jr., who is African American, was arrested by a white police officer in Cambridge after a neighbor reported a black man trying to break into a house. It was Gates’ own home.

I asked Gates about our current upheaval, and he said—quoting now—“Those of us who love freedom and justice and believe in an America that stands for racial equality and community across the color line must join arms and fight white supremacy wherever and however it rears its heinous head.” End quote.

I’ll close with another observation from Rush Limbaugh’s conversation on The Breakfast Club. After Limbaugh played the segment on his show, a caller offered her definition of white privilege. She said it came from how the country was founded, reserving economic and political power for white, land-owning men.

Somewhat surprisingly, Limbaugh seemed to agree with her. He called her summation “brilliant.”

More of us need to have these conversations and not be so eager to get in our talking points. We should speak less and listen more.