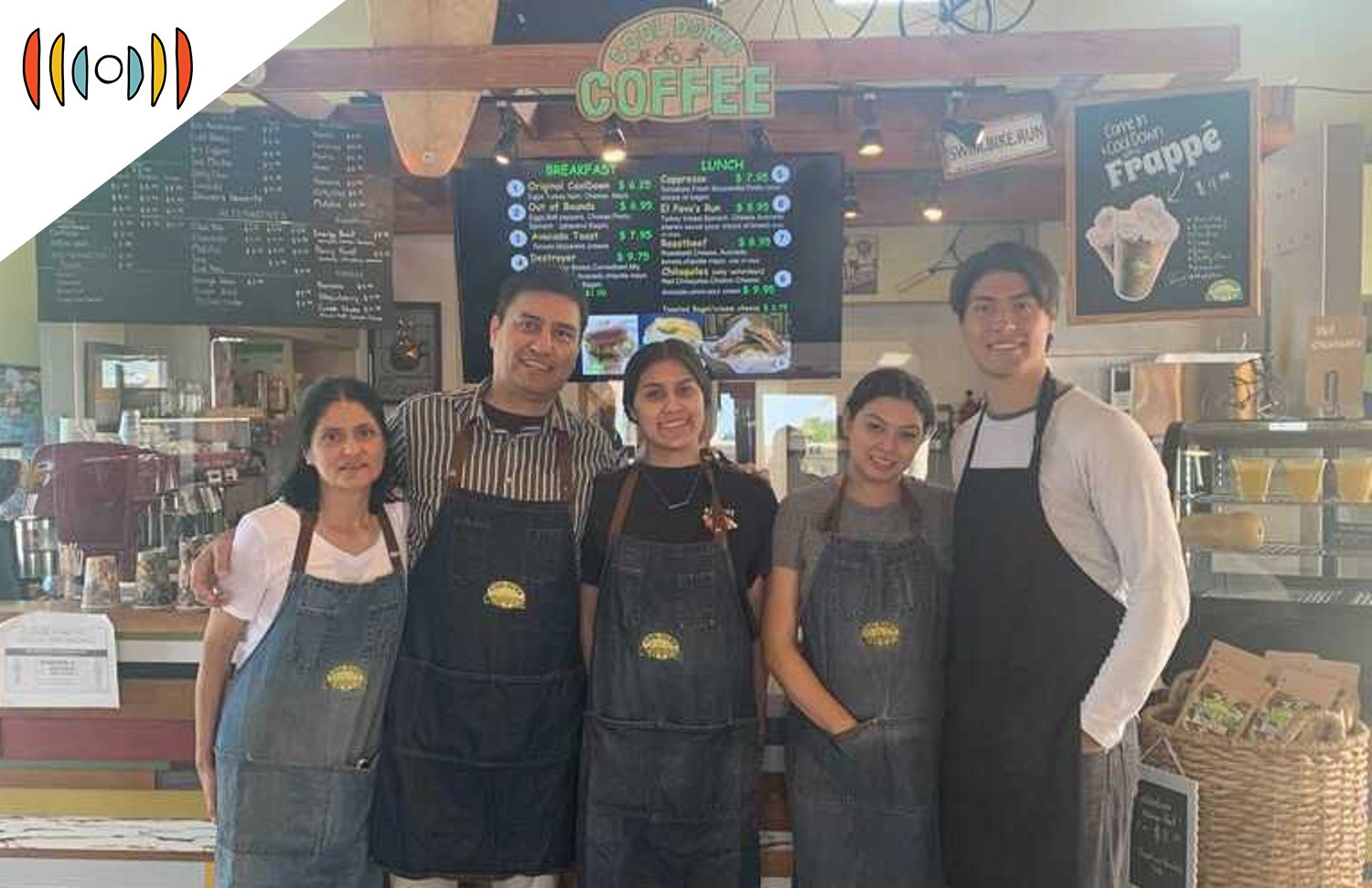 Coming next on The World and Everything in It: Java time.

Coffee is big business in the United States. More than 37-thousand coffee shops. They bring in $45 billion dollars a year!

EICHER: A growing number of these shops are owned by Christians who use the communal nature of coffee to reach their neighbors. WORLD’s Sarah Schweinsberg recently visited a shop in Southern California.

SARAH SCHWEINSBERG, REPORTER: The San Diego trolley squeaks to a stop in Chula Vista…a large suburb. Commuters pour out onto the platform. Some walk from the station to their work. Others have a taxi waiting.

But before heading off for the work day, many of them have a stop to make.

CUSTOMER: Can I just do a medium iced Americano?

ALEJANDRO WELTI: Something else for you?

Cool Down Coffee is located right next to the platform, so it’s convenient for the commuter crowd.

Alejandro Lopez Welti and his family own and operate the shop.

ALEJANDRO WELTI: We start actually, like, nine years ago.

After nearly a decade, the family is a well-oiled machine. Alejandro runs the cash register and takes orders.

Alejandro’s wife, daughter, son, and daughter-in-law manage the kitchen behind him.

Their most popular is a jalapeno bagel with eggs, queso and pesto.

ALEX WELTI: The pesto spread is our house recipe. We make it here and people really like it.

LYNETTE WELTI: I can make some nice lobs or like lopsided hearts. [LAUGHING]

SOFIA WELTI: I wash the jars, though. I clean everything.

Mom, Laura, is usually in the office managing the books, but today, she’s providing more backup, washing dishes and frying up eggs.

LAURA WELTI: We enjoy this. Like, I'm happy that my kids wants to be with us.

This used to be what Cool Down Coffee was about: making coffee and food as a family and doing it well. But seven years ago, Alejandro Lopez Welti realized he had an even more important job to do.

The family is originally from Central Mexico. They came to the United States in 2008. But because of the recession, the U.S. company that had given Alejandro a work visa laid him off.

In order to stay in the country, Alejandro needed to start his own business. After a couple of business ventures, he settled on opening a coffee shop at another location. It was a difficult time. But it was also a turning point.

ALEJANDRO WELTI: Well this entire situation, the economy, you know, family troubles. I read the Ten Commandments basically, and then I realize how sinner I was. And then I realized that that was the reason why my life was like a mess, right? Everything started changing.

After a couple of years, the family moved their coffee shop here. The building needed a lot of remodeling. So for two years, the family sold coffee from a cart out front. Alejandro began to notice that a lot of customers … just wanted to talk.

ALEJANDRO WELTI: It looks like I have a message in my front that says like ask me or told me your history o, tell me your problems. The people come to me and start talking to me. And I didn't know what to say to people.

Alejandro felt comfortable listening but talking about his faith was a struggle.

ALEJANDRO WELTI: But then I found a nice ministry, who do evangelism. I was learning how to share my faith. And then, well, the next Monday I started sharing the gospel. And I remember that I shared with someone, and then that people left and came back with another friend and say, "Share with them what you told me." And it was so beautiful.

When they finally moved back into the shop, the Weltis decided they wanted customers to encounter Scripture here. Verses are scrawled on two large boards by the entrance.

ALEJANDRO WELTI: Seek first the kingdom of God and his righteousness and all these things shall be added unto you.

Verses are also written around the table edges—and Christian music plays over the speakers. Alejandro says these things get people’s attention, but they aren’t what will make a lasting impression. It’s how customers are treated when they step inside.

That’s why the shop does small things like keep their restrooms open to anyone—the homeless or commuters. Customers or not.

ALEJANDRO WELTI: Basically God gave us this place. And the people need to use them. This is the only restroom available.

An hour after opening, a man ordering coffee shares with Alejandro that his father is sick. After a few minutes, they pray together.

ALEJANDRO WELTI: It's nice to pray with someone. God in His providence he managed everything to create encounters...

Each day, the family prays that God will send them people who are ready to hear the Gospel.

Tonight son Alex and his wife will host a Bible study in the coffee shop for anyone who wants to join.

ALEJANDRO WELTI: It's easy to be Christian with the people that we don't know. But here's where our character is growing...

Running a small, family business can be a grind. But because Alejandro's work visa is tied to operating Cool Down Coffee, even if he wanted to, he can’t really do anything else.

He says that’s ok. He knows he’s supposed to be here.

ALEJANDRO WELTI: For Jesus, He gave us the privilege to share. He can do it by himself, but he decided to use us to share the gospel. So I saw that like a privilege and His providence is perfect.