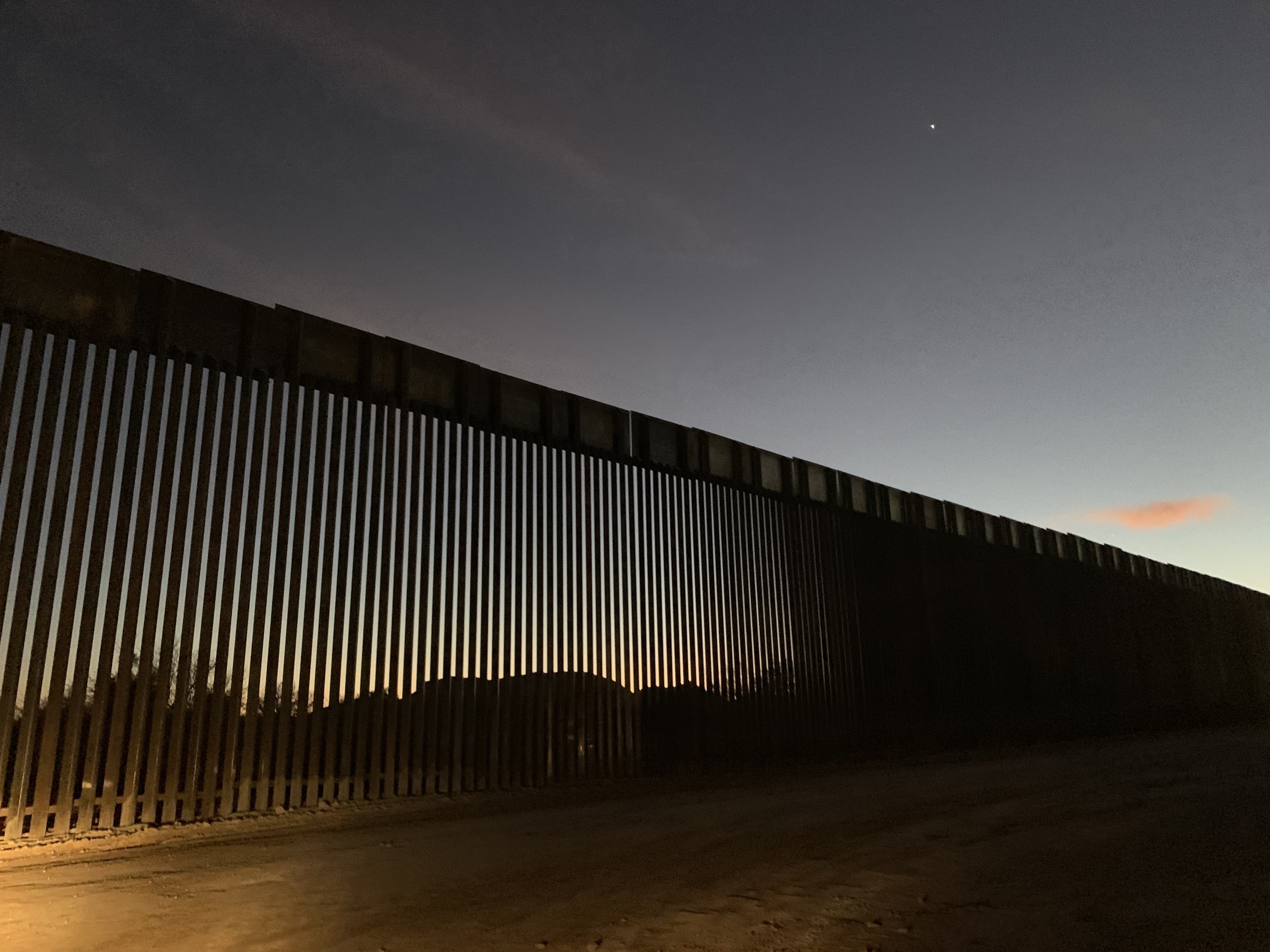 MEGAN BASHAM, HOST: It’s Thursday the 19th of March, 2020. Glad to have you along for today’s edition of The World and Everything in It. Good morning, I’m Megan Basham.

Throughout his campaign, President Trump promised supporters he would build a wall at the U.S.-Mexico border.

SARAH SCHWEINSBERG, REPORTER: The sun is setting on another day of border wall construction just outside the border town of Douglas, Arizona.

Construction crews work to set panels of steel bollards into a concrete foundation. The steel beams rise 30 feet above the desert landscape. There’s enough space between each post for an unobstructed view of the Mexcian side of the border and its dark mountain silhouettes.

This section of new border wall is part of President Trump’s push to install 450 miles of steel-bollard panels before the end of the year. In January, Acting U.S. Homeland Security Chief Chad Wolf said crews had completed the first 100 miles.

WOLF: This is a milestone achievement for the president, the department and more importantly for our country.

And he added, construction will continue to ramp up.

WOLF: I can tell you right now that we remain confident that we are on track to 400 to 450 miles that are either completed or under construction by the end of 2020.

The uptick in construction comes after more than two years of struggling to secure funding from Congress for the project.

Last February, after another funding strikeout and a growing number of migrants arriving, the Trump administration declared a national emergency at the southern border.

TRUMP: So the order is signed and I’ll sign the final papers as soon as I get into the Oval Office and we will have a national emergency…

So far, the declaration has allowed the president to divert nearly $10 billion from the Department of Defense to border wall construction. That has provided enough to fund the project.

When all is said and done, the Trump administration wants to erect around 700 miles of barrier.

ALVAREZ: The border wall system will include a 150-foot enforcement zone, lighting, cameras, other technology. So it’s not just gonna be the barrier itself.

But some lawmakers and construction experts question whether getting another 300 miles of wall up by the end of the year is possible.

Ed Zarenski is a construction economics analyst who has studied the wall. He says the remote locations and terrain along the U.S.-Mexico border will also make installing some sections difficult.

ZARENSKI: Take a look on the map in Arizona. Some of the roads that it would take to get to areas along this road are backroads. They aren’t highways. And you would have to travel, bring all your materials in on these backroads.

In November, President Trump appointed his son-in-law and policy adviser, Jared Kushner, to oversee the wall’s installation. Last month, Kushner told POLITICO that border barrier construction is on track to complete the 450 miles by the end of the year.

To help keep construction on track, the Trump administration is waving some environmental and contract regulations.

Mike Howell is with the Heritage Foundation. He says cutting all of that red tape will prove challenging.

HOWELL: It is massively complicated when you get into this environmental, government contracting, private land type deals. So it’s going to take a ton of people working on this project and some really great leadership coming out of the White House.

This week, Customs and Border Protection awarded another contract to build 15 miles of wall in Texas. No border barrier has ever existed in that sector. CPB also announced another 74 miles of wall is set to go up in Arizona.

Mike Howell says even if all 450 miles of border wall aren’t finished by 2021, voters who support the project will be encouraged it’s moving forward. And that could give the president a boost at the ballot box come November.