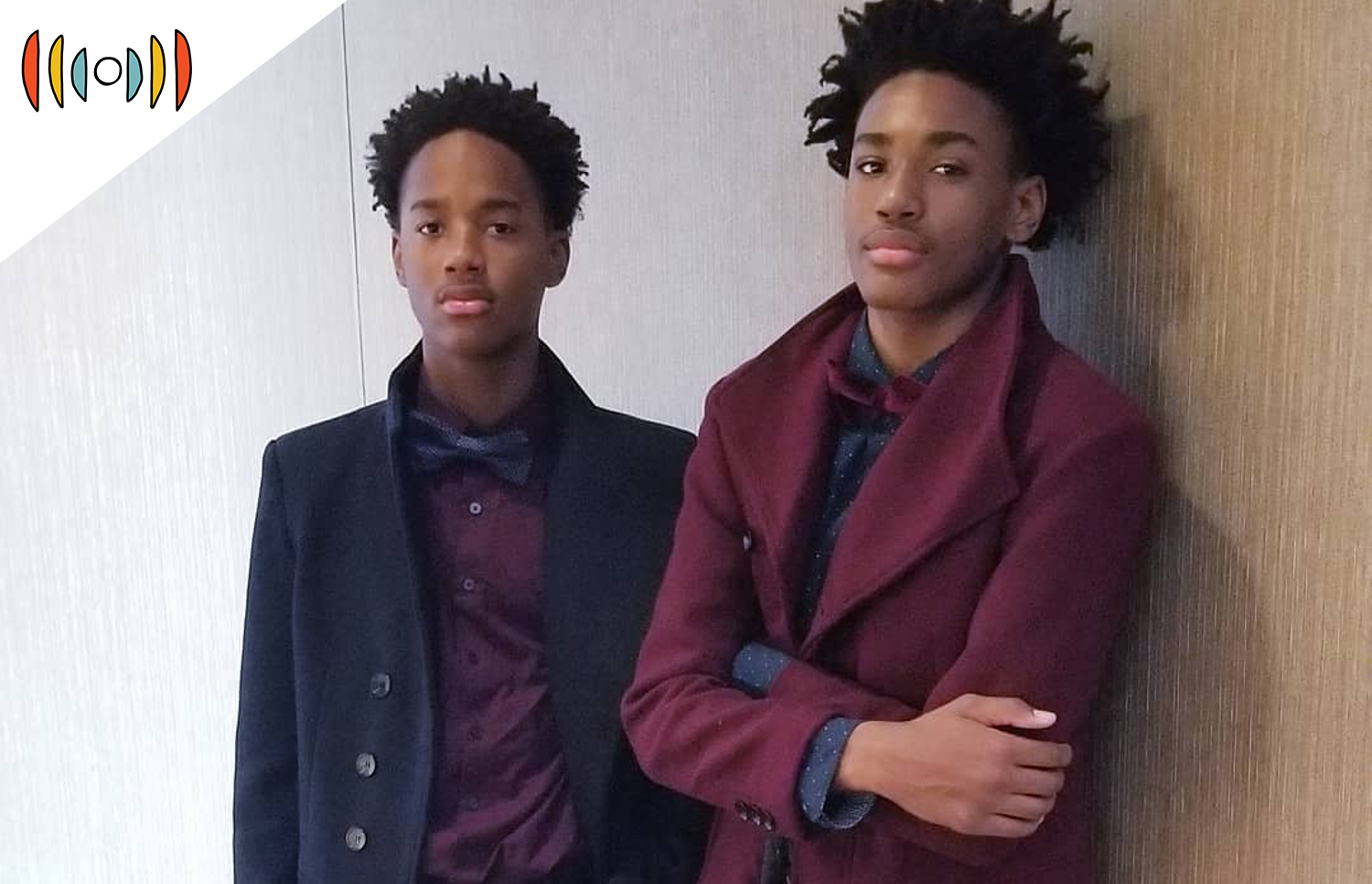 Coming next on The World and Everything in It: Training up a child!

That’s from Proverbs 22, of course, one of the more well-known verses in the Bible. WORLD senior correspondent Myrna Brown recently met a family determined to reflect that Biblical authority both inside and outside the home. Here’s their story.

MYRNA BROWN, REPORTER: It’s backyard basketball on a warm spring afternoon in Covington, Georgia. The sounds of dribbling and layups are what you expect to hear when there are two teenage boys in the house trying to improve their game.

That’s 15-year-old Jabez Jenkins. He and his 14-year-old brother Christopher have been “hooping” or playing basketball since their youth church league days. But there’s another passion they’ve been perfecting.

It started when they were still small enough to sit on their mama’s lap, Queenie Jenkins:

QUEENIE JENKINS: I was just making pillows for the house. And when I was doing that, they would come and put their hands up on the machine. And I was like, they will not stop touching this machine!

JABEZ JENKINS: I used to hear a sound and it was a loud sound and I wanted to know what it was.

QUEENIE JENKINS: So, I just figured I could put one on my lap.

BROWN: Who was sitting in your mom’s lap?

CHRISTOPHER JENKINS: We were both sitting, but he was guiding the fabric on one side and I was pushing.

JABEZ JENKINS: So that’s basically how we really got started sewing.

Two curious preschoolers captivated by the hum and the power of one of the most common household appliances - a white, 15-pound sewing machine. Before long, the boys wanted to tag along on their mother’s fabric-hunting excursions.

QUEENIE JENKINS: At 7, he said, "Mom, can you take us to the fabric store so we can pick out cartoon character fabric to make our own pillows?"

Two years later, Jabez, a fourth grader at this point, made another request.

QUENNIE JENKINS: He walked through the door. I don’t even think he said, "Hi, Mom..." after school. [LAUGHTER] And he was standing with his backpack on, and he said, "Mom, can you help me make 30 bow ties for boys and 30 hair bows for girls from the scraps of fabric from the pillows for career day?"

Career day was less than a week away, so Queenie and her two budding designers got busy.

JABEZ JENKINS: I took 30 bow ties for boys and 30 hair bows for girls.

BROWN: And you came back home with how many?

The bow ties and hair bows made quite the splash in the small town. Word got out and neighbors stopped them on the street, hoping to get their hands on the accessories.

QUEENIE JENKINS: We would be out in the community. We’d be at the grocery store or people would see us passing by, and they would say, "Hey, y’all have those bow ties?" And so I told Jabez, I said, "Jabez, the next time someone asks you about bow ties, this is what you say. Say, "This wasn’t for real life. It was just for career day." I didn’t know what other answer we could give.

But Jabez had a different plan.

QUEENIE JENKINS: He said, "Mom, can you take me to Atlanta to sell bow ties?" And I said, "Yes." [LAUGHTER] And I said, "Well, ask your brother if he’ll help you."

BROWN: And what did you say, Christopher?

At 9 and 7 years old, the Jenkins brothers started their own company, Kings and Gents Accessories. They dropped the hair bows to focus solely on hand-made bow ties for boys and men. Today, both brothers know how to add just the right color and pizzazz to starch-ironed button downs. They cut, fold, sew and press their bow ties. They’re always on the lookout for distinctive fabrics.

JABEZ JENKINS: Well, usually when we go to a fabric store, we like to look for fabrics you won’t really see at any type of store or marketplace. So we’re going to look for unique fabrics.

But they aren’t interested in just looking the part. The ties look sharp. But they learned from their dad, Fred Jenkins, that it’s not clothes that make the man.

FRED JENKINS: I grew up without a father in a single family home. Just my mom and that was it. It’s important that I make sure that I give them all the steps that I never had. And it makes me feel good as a father to hear, man, your kids are so awesome.

In fact, during our interview, several of the questions I asked were met with the same well-mannered response.

Some people would call that good home training. Queenie says it’s Proverbs 22:6 in action. "Train up a child in the way he should go, even when he is old he will not depart from it."

QUEENIE JENKINS: I teach my boys that God gave this to us , and we want to make sure they delicately handle this and not mistreat this. And we stay humble, and we help when we can.

YOUTUBE CHANNEL: Welcome to Kings and Gents TV. Are you ready to learn about business?

Jabez and Christopher are published authors and have their own YouTube Channel. They’re also using their resources to teach other children how to become “kid-preneurs.”

JABEZ JENKINS: Well, we like to share because we don’t want to just see us winning. We want other kids if they want to start their own business, we want to help them.

QUEENIE JENKINS: I know that I’m raising somebody’s husband and somebody’s father. And this business is teaching them that. Knowing how to manage money, to give back to others. I want to teach them those things so that they can teach that to their children. So, that’s important for me and my husband that we know they are not only taking care of themselves, their families and they have a tender heart to take care of others.

REICHARD: If you’d like to see the Jenkins brothers in action behind the sewing machine, Myrna produced a companion piece for WORLD Watch, our video news program for students. We’ll post a link to that story in today’s transcript at worldandeverything.org.