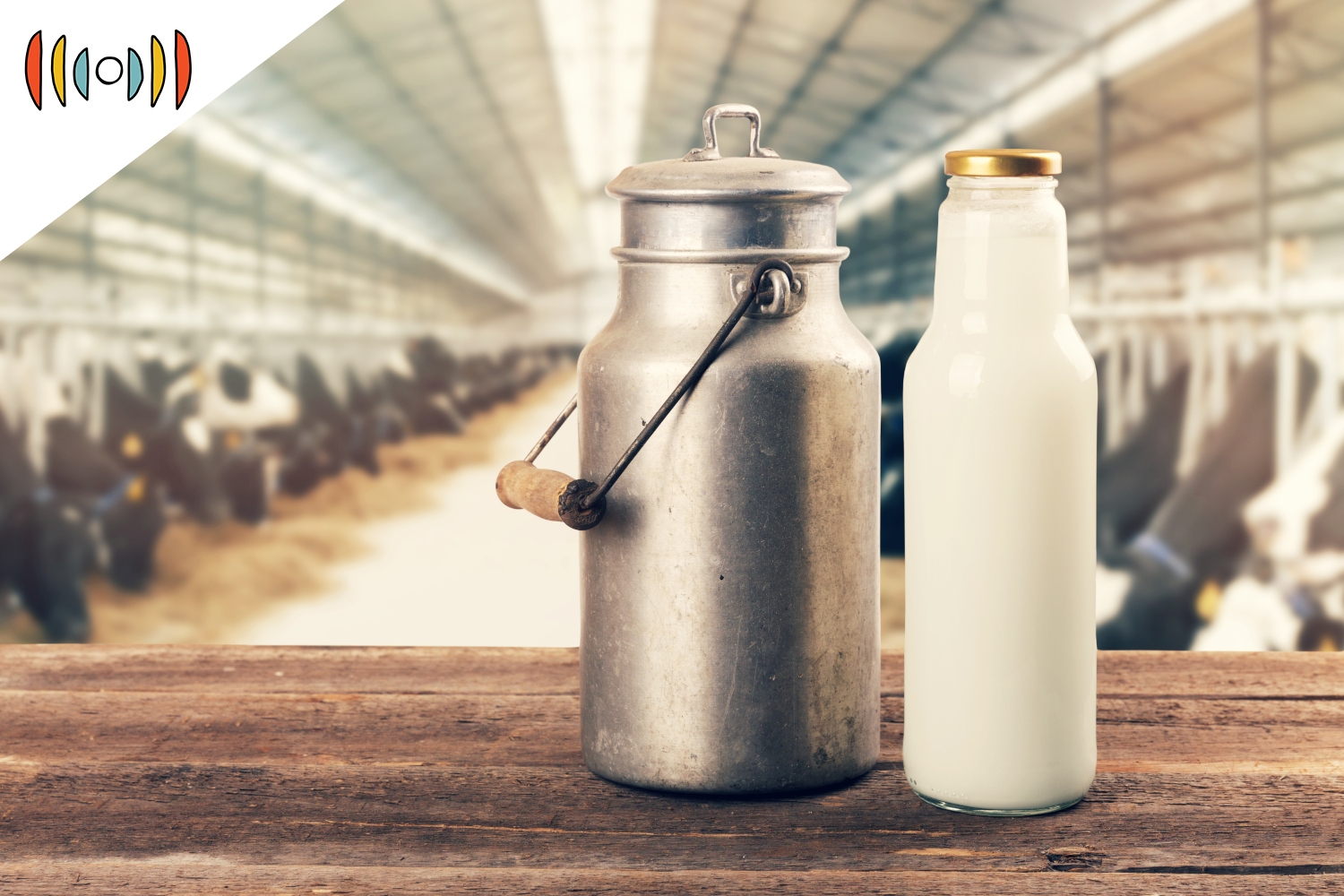 NICK EICHER, HOST: Today is Wednesday, October 6th. Thank you for turning to WORLD Radio to help start your day.

MARY REICHARD, HOST: And I’m Mary Reichard. Coming next on The World and Everything in It: preserving a piece of farming history.

Before Amazon Prime brought everything to our doors, the milkman delivered milk every day.

EICHER: Now perhaps you’re too young to remember when milk came in glass bottles. With the delicious cream on top? But today we’re going to meet a New Jersey man who used to drop the milk bottles off, now he’s scrounging through people’s basements and barns to get them back. WORLD correspondent Amy Lewis has his story.

AMY LEWIS, REPORTER: On his way to school as a boy, Butch Shoemaker delivered metal cans of still-warm milk from cows he milked on his grandfather’s farm in rural Warren County, NJ.

SHOEMAKER: Along the road they had a nail stuck out on the post and I would hang it there. And at night, on the way back I’d pick up the cans. And if I happened to get out of school a little early, I would go in the house and usually the lady would have cookies and milk or something for me.

Shoemaker has lived here his whole life. As a teen in the 1950s, he apprenticed with a local farmer and graduated to delivering milk in bottles. Eight years ago, at age 70, he started collecting those bottles—hoping to find at least one from every historic dairy in the county. Preserving history through milk bottles is a race against time. Glass bottles break. And there are fewer people around who remember the dairies. His oldest bottle was made before Clara Barton established the American Red Cross or Wyatt Earp fought at Arizona’s OK Corral.

SHOEMAKER: It's hard to believe but you figure in 100 years most of this information is lost. And all you have to do is go on your computer and Google it, and any of the names. You won’t find it.

Shoemaker’s collection of more than 300 bottles has taken over a small room in his house. Tiny milk-colored Styrofoam beads fill the embossed and painted quarts, pints, and half-pint bottles. They are arranged alphabetically by town—from Allamuchy to Washington.

Shoemaker’s favorite bottle is a painted one from Pohatcong Dairy in Washington. It’s not the most expensive in his collection, but it has some of the best graphics.

SHOEMAKER: And what happens with the bottles is the ones with the nicest graphics become highly collectible throughout the United States. People don't care about Warren County, but they do care about the graphics of it. So they become very difficult to find, where the embossed bottles…

Shoemaker teamed up with fellow bottle-collector Shawn Kale. They could only guess at how many bottles they were looking for to round out their collection. They posted ads at Mackey’s ice cream shop and started getting the word out about their mission. One woman offered her stack of old yearbooks to find dairy ads.

SHOEMAKER: We chase down every lead there is. And there's a lot of leads that go nowhere. But it only takes one. And that could make it.

One day, they got a call from someone cleaning out their basement. It was full of old bottles. Most they already had in their collection. But then they came across a bottle from a dairy they didn’t even know existed! They bought everything in the basement for the sake of that one bottle.

As far as he knows, Shoemaker lacks only 7 or 8 bottles. Finding what he needs is getting harder.

SHOEMAKER: And it was only last year, right? The Corona hit. There's no milk bottle shows. Nobody is doing nothing. And this lady calls. And she says, ‘I have half a dozen milk bottles my father left,’ right? She says, ‘If you want to look at ‘em when the weather is right, I don't want to have you in the house. I'm scared. I'll bring ‘em outside.’ So down I go, and we get these bottles out. And there was none I needed. But there was one in a box. I picked it up. There was a bottle I'd been looking for. So you talk about a joy?

Back at the house, Shoemaker drives a four-wheeler up to his barn where he stores various milk paraphernalia: bottlers, milk crates, pasteurizers, and an old delivery truck. He also keeps plenty of duplicate bottles so he can take them on the road or display them. He wants to share the bottles and the stories behind them.

SHOEMAKER: We have bottles, too, we give away. We gave loads of bottles away. And if somebody says they want to start collecting, well, we start ‘em collecting. I have that catalog and I send them anything I have. Because we're all not going to live forever. And they can’t go with you, so if you share it…

A complete collection will be quite valuable—but that’s not important to Shoemaker. What he cares about most is the history he learns, and saves, through each bottle.

SHOEMAKER: We were at shows already and somebody comes along and starts talkin’ to me about certain bottles we have and knows some history on it. Well, I don't care if I sell a bottle. I want to write this history down. It's almost like each name of a bottle has a story to tell.

And Shoemaker is determined to make sure none will be forgotten.