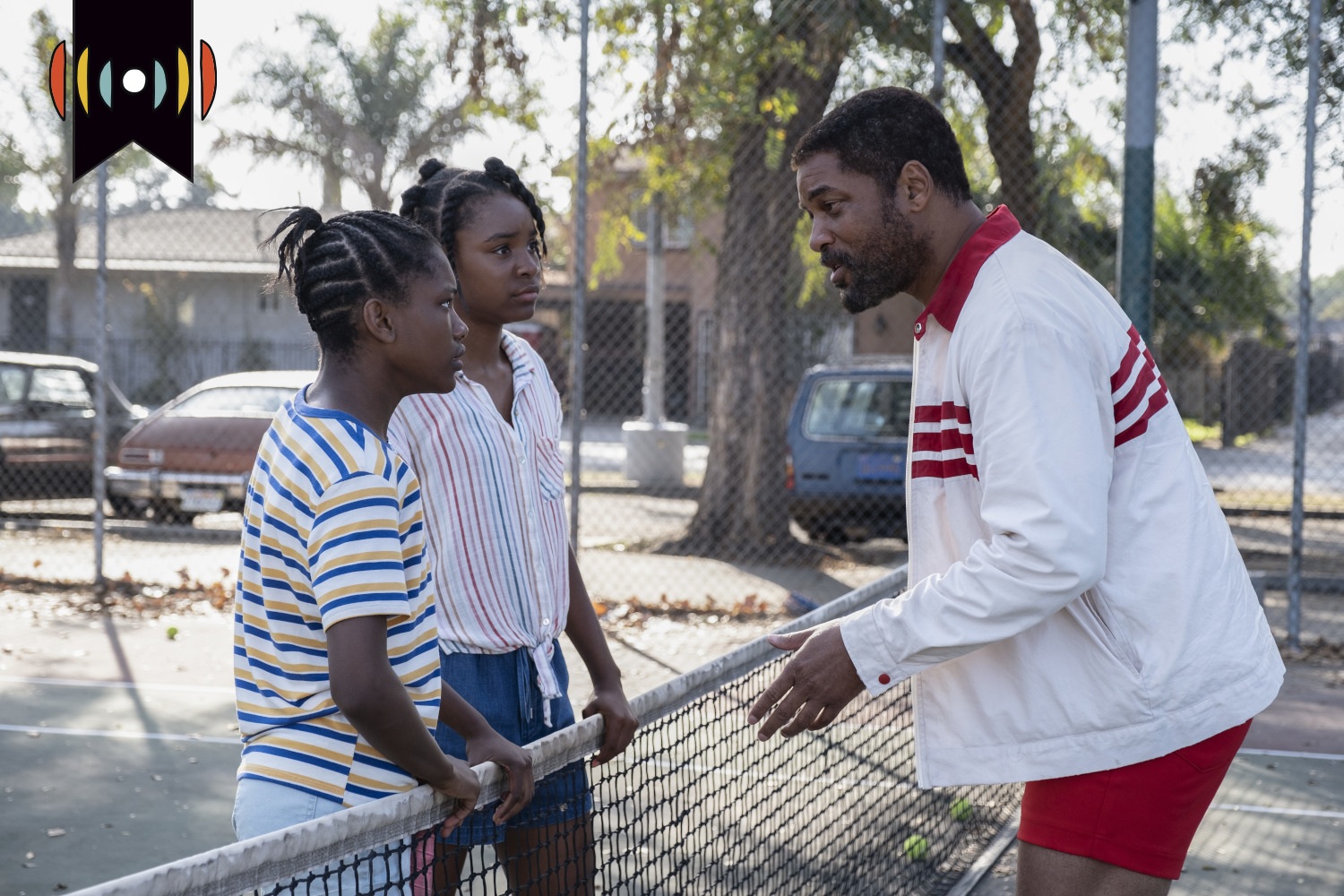 MYRNA BROWN, HOST: Today is Friday, November 19th. Thank you for turning to WORLD Radio to help start your day.

NICK EICHER, HOST: And I’m Nick Eicher. Coming next on The World and Everything in It: King Richard.

You no doubt know who the two queens of tennis are: Venus Williams and Serena Willams.

They have reigned over the sports world for two decades. The fairytale of their success is an inspiring story of raw talent, hard work, and determination.

But it turns out, it’s not really their story at all.

RICHARD: I got these two great tennis players. All we need is a club. Everything to go from prodigy to pro.

COLLIN GARBARINO, REVIEWER: King Richard, debuting today in theaters and on HBO Max, isn’t just another sports biopic. It’s an inspiring movie about what it takes to become exceptional—or rather who it takes. Will Smith gives a brilliant performance as Richard Williams, father and coach of tennis greats Venus and Serena Williams. The film shows audiences the lengths to which Richard went to ensure his girls became superstars.

COACH: The chances of achieving the kind of success that you’re talking about is just very, very unlikely.

RICHARD: Okay, you making a mistake, but Imma let you make it.

There’s no mystery about how the movie ends. Even people who don’t follow sports know that Venus and Serena will dominate the tennis world. This movie is about the journey, and it reminds us of the importance of both determination and familial love.

Richard had a plan for his daughters’ tennis careers before they were even born. In fact, he wrote it all down in a 78-page document he shared with anyone who’d listen. His dedication to the dream is as impressive as Serena’s skill at swinging a racket.

RICHARD: What you think?

COACH: Nobody’s taking that bet. Tennis takes expert instruction. It takes families with unlimited financial resources. It’s like asking somebody to believe you’ve got the next two Mozarts in your house.

Richard and his wife Brandi raise five daughters in a small house in Compton. All five children are squeezed into one tiny bedroom. Richard and Brandi work hard at their jobs, but they don’t have money for expensive tennis lessons or court fees. The parents train the girls themselves on a rundown public tennis court with substandard rackets and used balls early in the morning and late at night, rain or shine.

BRANDI: They not going to Wimbledon like this. Not with you and me on those raggedy courts.

RICHARD: We just got to stick to the plan. We got champions in the other room.

Lack of resources isn’t the family’s only struggle. Local gang members harass Richard and his girls during practices. Racial slurs hurled during those encounters earn the film a PG-13 rating. And neighbors call the authorities because they think the Williamses place too many demands on their children.

RICHARD: What’s going on? Everybody okay?

BRANDI: They got a call. Said there was trouble in the house.

RICHARD: Okay, okay. Well, you all need to look around?

SOCIAL WORKER: It’s a little wet for practice, don’t you think? Don’t the girls have school work to do?

BRANDI: They do their homework. Tunde’s first in her class, Lyn and Isha are too.

RICHARD: Now I don’t even mind you saying we hard on these kids. You know why? Cause we are. That’s our job, to keep ‘em off these streets. You want to check on the kids? Let’s check on the kids. We got future doctors, lawyers, plus a couple of tennis stars in this house.

Richard wants to escape Compton, but he wants to help his black community as well. The film asks viewers to dream big and work hard, but it also carries a message about how marginalized people deserve to be seen and heard.

VENUS: I’m not going to let you down.

RICHARD: How could you?

Richard eventually convinces professional coaches to take a chance on his girls, but he continues to struggle with belonging. The further he gets into the predominantly white world of tennis, the more concerned he becomes. The Williamses experience some racism as they start to play in junior tournaments, and Richard becomes appalled by the attitudes and expectations he sees from other parents.

RICHARD: It’s okay. They just not used to seeing good looking peoples like us.

Despite the hard work, Venus and Serena radiate joy. And Richard wants to ensure his girls embrace childhood while they navigate the pressures that come with being tennis prodigies.

When the girls become proud of their skills, Richard admonishes them to keep their hearts clean. When other coaches pressure the girls to follow a path that might lead to burnout, Richard pulls them out of tournaments.

COACH: Every American player got good following this path.

RICHARD: We gonna do this a different way.

COACH: You pulled them out of juniors. You pull them out of practice. You do it constantly.

RICHARD: I’m trying to look out for my kids.

COACH: You’re looking out for yourself.

Richard takes the family down a different path, partly motivated by his maverick tendencies. But he’s also partly motivated by sincere religious conviction. The Williamses are Jehovah’s Witnesses, and while the film doesn’t dwell on that, it portrays their faith with sensitivity.

Fundamentally, King Richard isn’t about tennis or the pursuit of excellence. It’s a moving film about the importance of fathers. Richard’s own father abandoned him, so he wants to be a father who stands between his kids and the world. Richard has his faults, but the film shows our love is more powerful than our failings. And the sacrificial love of a father can change the trajectory of his children’s lives. Becoming a champion isn’t merely about hard work; sometimes it’s about the family who loves you.

RICHARD: Venus Williams, who is your best friend?

RICHARD: Serena Williams, who is your best friend?

SERENA: Venus. Then you. Then you after Venus.