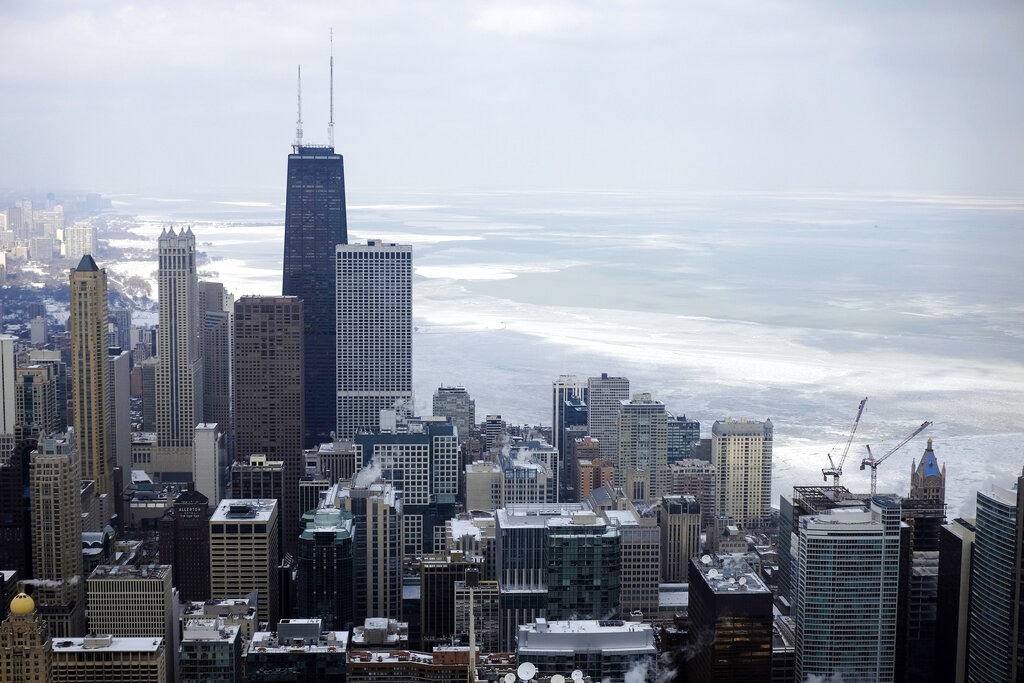 California is the country’s most populous state and largest economy. But an increasing number of Californians are leaving. That includes prominent business people like Elon Musk who just moved to Austin, Texas, and rapper Kanye West who recently moved his apparel company to Cody, Wyoming.

REICHARD: Population losses mean for the first time in its state history, California is likely to lose a congressional seat in next year’s redistricting. And the Golden State isn’t alone. Demographers also expect New York, Illinois, Minnesota, Michigan, Pennsylvania, Rhode Island, Ohio, Alabama, and West Virginia to lose at least one seat in the House each.

ALAN: We live in Cary, Illinois. So we’re kind of about 40 miles from downtown, northwest of Chicago.

The Holmes’s extended family live in the area. They’ve had a great church community. Their four children have had a good homeschool group.

But this year, strict COVID-19 lockdowns in the state got them thinking about their future.

Their church closed for several months and a lot of people never came back. Alan got a new job that allows him to work from home. They also got frustrated with the state’s politics. And then they saw other friends and family moving away.

BETHANY: And it started us to think, Well, what about us? What could we do?

ALAN: I actually created a spreadsheet over the summer. Basically, weighing various pros and cons of, you know, pretty much states around the country.

After a lot of thought and prayer, the Holmes settled on moving to neighboring Indiana. They found a church they’re excited to join. They like the state’s homeschool-friendly culture. And the lower cost of living didn’t hurt either.

ALAN: We’re getting way more house, more land, for way less, in terms of taxes. It was a no brainer, really.

Across the country, people living in mostly Democratic-controlled states are looking to relocate at higher rates.

Over the last decade, 160,000 Illinois residents—just over 1 percent of its population—have packed up moving vans for the trip across state lines.

California’s population is still growing. But at a much slower pace than before. The state logged its lowest growth rates in a century in 2018 and 2019.

And that population boom could continue to bust.

A recent University of California Berkeley survey found that more than half of registered voters in California have thought about leaving the state. Their top reasons? High taxes, exorbitant housing costs, and the state’s political culture.

Merrill Matthews is a scholar with the Institute for Policy Innovation in Dallas. He says people are jumping blue state ships because they want a better quality of life.

MATTHEWS: They’re tired of the high tax rates, the restrictions and so forth that those states impose and… the high cost of living, and they want to move to someplace where it’s affordable, so they come.

With the exception of Idaho, these states are expected to gain at least one congressional seat next year. Census data analysts project Texas will gain as many as three seats and Florida will pick up two.

MATTHEWS: Austin has become a tech hub, and is becoming sort of a small Silicon Valley for those companies that want to not have quite the rent restrictions, regulations, and taxes that you might see in California.

There are a couple of exceptions to this blue to red migration pattern. Colorado, Washington, and Oregon, all solidly Democratic states, have also seen impressive growth over the past decade. But that growth also slowed down significantly in the last two years.

These blue state population declines preceded COVID-19. But the pandemic and lockdowns are accelerating migration—especially from cities.

Michael Hendrix is the director of state and local policy at the Manhattan Institute. He’s been following population shifts in urban centers during the pandemic.

He says with many city amenities shut down, more people don’t want to pay the price to live in them.

HENDRIX: The pandemic, and our reaction to the pandemic, through things like remote work, have, in some ways severed our economic and physical ties to these really expensive major cities.

In the San Francisco Bay Area, many tech and social media companies have kept their offices closed. That means more employees are going remote and leaving. The city’s rent prices have fallen for the first time in years.

As these migration patterns continue, many political pundits wonder whether the blue state arrivals will turn red states purple and eventually blue.

HENDRIX: I would argue that it’s not so clear that out migration from blue states to red states will necessarily turn those red states blue. Part of the reason why they’re leaving is partly a response to the blue state policies that are keeping those states so expensive, and so practically unlivable, particularly for families. And I think that that is telling.

That’s true for Bethany and Alan Holmes. They aren’t leaving Illinois for purely political reasons. But they are excited for a different climate in Indiana.

ALAN: We’ve tried for so long, I think to try and you know, vote our conscience and trying to vote people in that will represent us and we’re just not seeing it. So politically speaking, I guess we’re hoping that we’re gonna see something better than that by leaving what we’ve kind of been in the whole time.