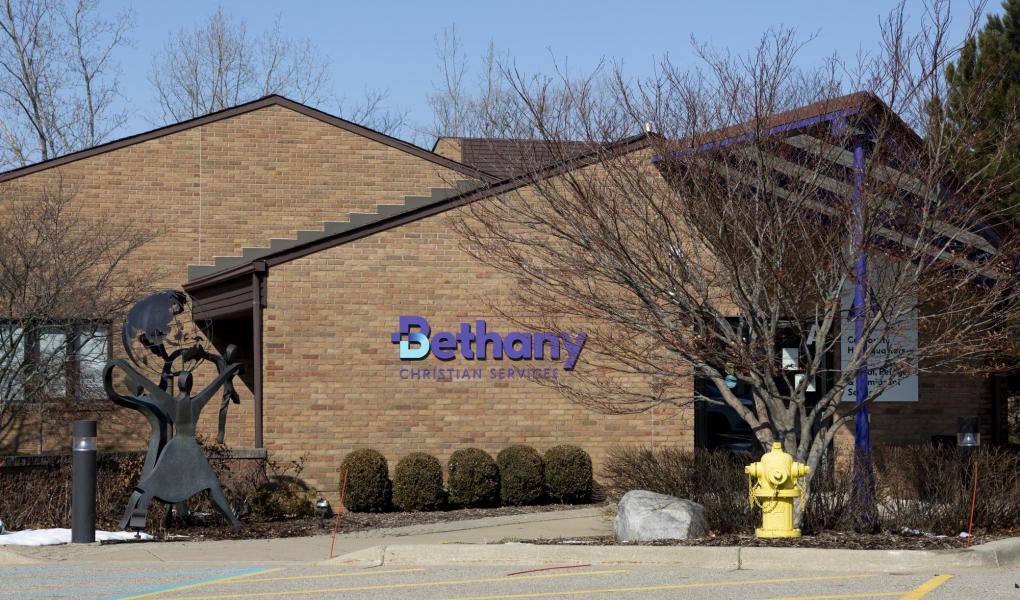 MEGAN BASHAM, HOST: Coming up next on The World and Everything in It: adoption.

Most Christian agencies have a longstanding policy of only working with traditional families—one mom, one dad. After the Supreme Court changed the definition of marriage to include people of the same sex, these agencies faced pressure to conform to this new definition of family.

MARY REICHARD, HOST: Many have gone to court to defend their religious freedom. But earlier this month, one of the largest Christian adoption agencies in the country decided to abandon that fight.

Joining us now to talk about it is WORLD’s national editor, Jamie Dean.

REICHARD: Well, Jamie, let’s just start with a reminder about Bethany Christian Services. Who are they and what do they do?

DEAN: Bethany is the largest Protestant adoption and foster care agency in the U.S. They’ve been around for more than 75 years, and they’ve been well known in evangelical circles for a long time. They’ve often worked with churches to find Christian families willing to foster or adopt vulnerable children, including those coming from unplanned pregnancies.

REICHARD: So what’s changed about their policies?

DEAN: On March 1, Bethany’s president, Chris Palusky, sent an email to around 1,500 employees saying that Bethany plans to follow “consistent inclusive practices” and quote—“offer services with the love and compassion of Jesus to the many types of families who exist in our world today.” End quote.

What that means is that after a practice of declining to place children in same-sex homes in states that didn’t require it, Bethany will now allow same-sex couples to apply to foster and adopt in all of its locations—whether local laws require it or not.

REICHARD: Well, Jamie, had they not been doing that before in some cases?

DEAN: In the past, they’ve had a practice of referring same-sex couples to other agencies that could work with them. Catholic groups have done something similar, citing their religious conviction that the Bible teaches marriage is a union of a man and a woman.

That started becoming more difficult as states and cities began requiring some agencies to allow same-sex couples to apply. In 2018, when a Bethany staffer in Philadelphia referred a lesbian couple to another agency, the city suspended its foster care contract with Bethany and with a Catholic organization that had a similar policy.

The city gave an ultimatum: If you want to continue facilitating foster care, you have to allow same-sex couples to apply. The Catholic agency refused. Bethany complied. A year later, the same thing happened in Michigan. The Catholics joined lawsuits in both Michigan and Philadelphia to try to hang onto conscience protections, but Bethany did not join the legal action.

DEAN: At the time, they said they were disappointed with the situation in Michigan, but they didn’t want to stop placing children in homes. And they considered the probabilities of winning lengthy court battles, then balanced that with a desire to continue serving children in foster care. Now the policy appears to be that Bethany will allow same-sex couples to apply, whether local laws require it or not.

REICHARD: Well, Jamie, you noted there’s another big change to Bethany’s policy as well. What’s that?

DEAN: Yes, and this is also quite a big change.

In the letter that Bethany’s president sent to employees, he also said that Bethany, quote, “will not take positions on the many doctrinal issues for which Christians disagree.” End quote.

What that means is that after years of affirming the Bible’s teaching on marriage as a union between a man and a woman, Bethany is abandoning its position on this foundational, Scriptural issue.

Since at least 2007, Bethany had a position statement saying: “God’s design for the family is a covenant and lifelong marriage of one man and one woman.”

In 2019, I asked a Bethany official whether this was still the case, and she confirmed it was. She said: “Bethany believes that God has a perfect design for family and that perfect design is a man and a woman in a lifelong covenant of marriage.”

She said that it’s not always possible to reach that ideal, but quote, “it doesn’t mean that we don’t believe firmly in God’s ideal and God’s ideal plan.”

So, late last week I asked another Bethany official if they still believe in this ideal. A spokesperson responded in a written reply: “As an organization, Bethany is no longer taking an official position on this issue.”

REICHARD: Well, that’s quite a break from the earlier statement, isn’t it?

DEAN: It is. And Bethany does subscribe to a statement of faith that says they affirm the authority of the Scriptures in their entirety as the only written Word of God, without error in all that it affirms.

So the question is: What does the Bible affirm?

For millennia, historic Christian teaching has held that the Bible affirms marriage is between a man and a woman. It’s not simply a secondary issue on which Christians can agree to disagree. We’ve seen denominations split apart over this doctrine. We’ve seen Christians say, no, we can’t take multiple positions on this.

And I think this points to something bigger than Bethany: Every Christian organization has to grapple with where they stand and how they will clearly articulate it. The pressures will continue to come, whether they’re legal or cultural. But ultimately, I think we have to say, this is a spiritual issue on which the Bible is clear.

REICHARD: Well, you mentioned the legal battle Catholics are still pursuing on this and that’s the case pending at the Supreme Court right now called Fulton v. City of Philadelphia. How are things going on that front?

DEAN: Better than you might expect. The U.S. Supreme Court agreed to hear the arguments in the Philadelphia case, and it’s likely they’ll issue a ruling in June. It’s impossible to predict the outcome, but it’s a decision that could protect, and even strengthen, conscience protections for religious organizations—and it could show the legal struggle is worth the battle.

And that’s good news for children. There are some 400,000 children in the foster care system. There’s an urgent need for more families to help. Christians can pursue that process today. And it would be good news for Christian agencies to gain the legal protection to help connect children to families, while staying true to their biblical convictions.

REICHARD: Jamie Dean is WORLD’s national editor. Jamie, as always, thanks so much.