As the U.S. moves out, China is moving in with soft diplomacy 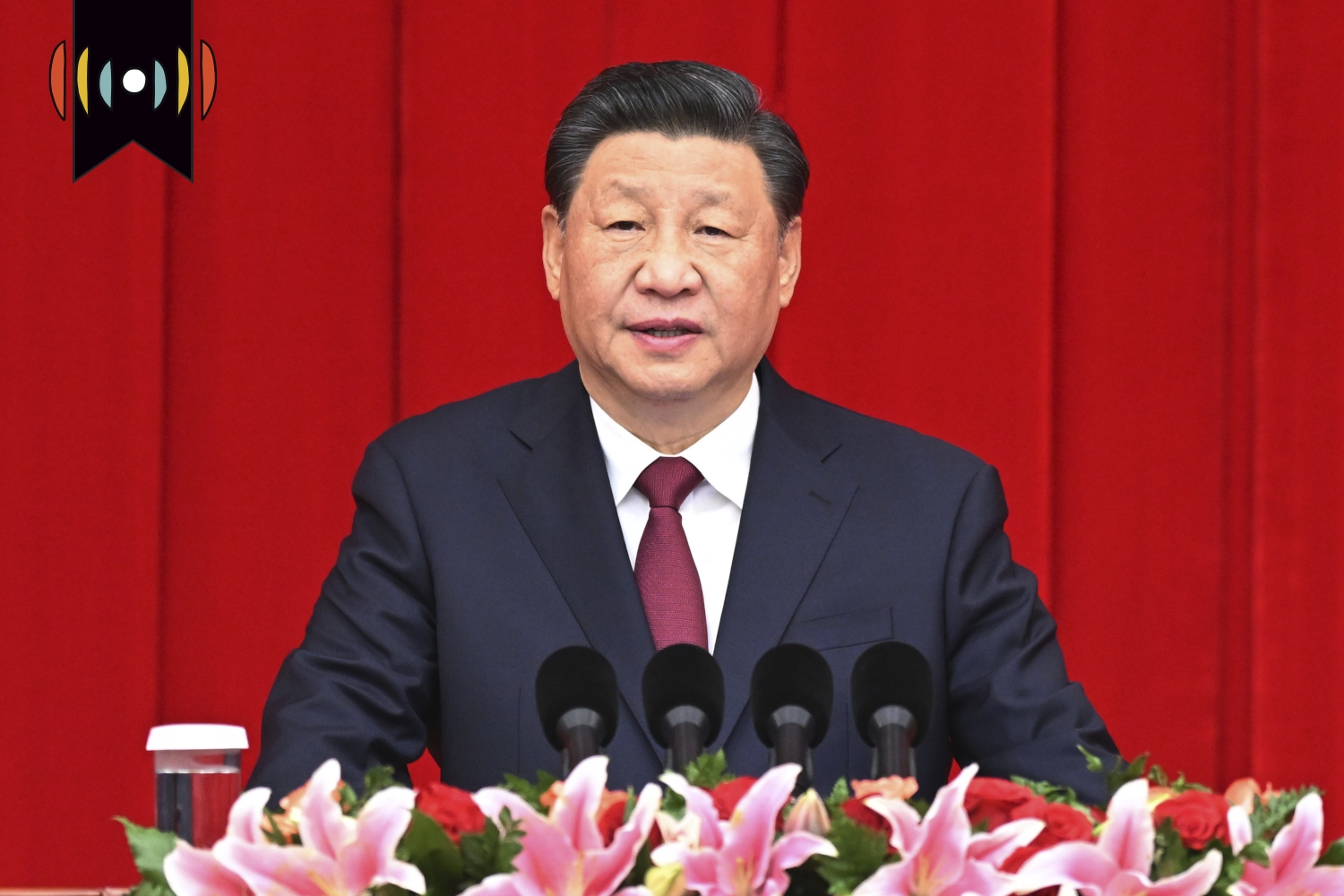 PAUL BUTLER, HOST: And I’m Paul Butler. First up: The United States has played a strategic role in the Middle East for decades. But now that U.S. troops have pulled out of Afghanistan and Iraq, alliances in the region are shifting.

BROWN: In the past, Russia has been a major player and U.S. competitor in the region. But now, governments from Tehran to Jerusalem are striking deals with another world power whose influence in the Middle East is growing and causing concern: China.

JILL NELSON, REPORTER: Stopping Iran from developing a nuclear weapon has been a top priority for the Biden administration. And for good reason: Iran is far closer to a nuclear weapon now than it was a year ago.

MISZTAL: So 2022 could be a very critical year when it comes to figuring out whether the region and Iran go nuclear or not.

Blaise Misztal is the vice president for policy at the Jewish Institute for National Security of America. He doubts whether re-negotiating a nuclear deal with Iran will stop Tehran’s progress. And he says China is part of that equation.

MISZTAL: That being said, there is also a longer term threat in the shape of Chinese activity and presence and interest in the Middle East, and the two are not unconnected. Which is to say, one of the reasons that Iran has been able to withstand the pressure of U.S. sanctions and perhaps is therefore less willing to compromise at the negotiating table is because of the economic support it receives from China.

Last year, China and Iran signed a comprehensive cooperation agreement that includes economic development and joint military activities. The $400 billion agreement has emboldened Tehran’s stance against the United States. Misztal says Iran has also been selling higher quantities of its oil to China … in violation of U.S. sanctions.

And he says China is already the largest importer of oil coming from the Persian Gulf.

MISZTAL: So China is looking effectively for a cheap gas station in the region. It wants to be able to not only continue to receive energy, but it wants to dictate the terms on which it buys that energy, which is part of the reason it made this deal with Iran.

This is just one of the many ways China has made the Middle East a primary battleground for U.S.-China competition. Here are two more:

MISZTAL: When we see China coming into Israel and investing in its infrastructure, building Israeli ports next to Israeli naval stations, or investing in Israeli startups that develop new cybersecurity solutions or work with artificial intelligence, there's a real fear that they're going to be stealing that intellectual property and exploiting it for their own growth and their own benefit, which is also going to be to our detriment.

Arthur Herman is an analyst with The Hudson Institute. He compares China’s relationship with Israel to that of a parasite.

HERMAN: They've been heavy investors there over the last decade to the point that the United States finally had to step in and say to Israel, this is becoming a problem for us, that we're seeing this sort of brain drain, technology drain, going to China from your best and brightest in ways that are only going to enhance the potency and reach of China's military and intelligence services. So Israel has backed off a little bit.

Another factor contributing to U.S.-China competition in the Middle East is China’s growing relationship with Saudi Arabia. The gulf country is a major oil and gas producer. But it’s also becoming a technology-oriented country under the leadership of Crown Prince Mohammad bin Salman.

Herman says the Saudis would love to have the United States as a partner in this development. But instead, the Biden administration has stiff-armed Riyadh.

HERMAN: I think a lot of it is because they worry about if they get too close to Saudi Arabia, it might adversely affect working out a final deal with the Iranians with regard to the nuclear program and missile program.

So Saudi Arabia is turning to China instead.

HERMAN: And what we've seen over the last couple of months is more and more initiative on the part of China in finding ways to encourage the Saudis to think about them as their strong partner in reshaping the Saudi economy and turning Saudi Arabia into really an economic powerhouse for the Middle East and not just in the energy sector, but across a wide variety of sectors.

Herman says the Chinese are already helping the Saudis build their wireless 5 G advanced technology network. And that leaves the country at risk of Chinese espionage. Beijing also built a missile production facility in Saudi Arabia that became operational at the end of last year.

Herman says the U.S. needs to do a better job using carrots, not just sticks.

China has also been building a secret military port near the country’s capital, according to a U.S. intelligence report released last year. The Chinese claim they’re using the port for commercial purposes only. But it is one of many ports Beijing is building across the region as part of its trillion dollar Belt and Road Initiative.

Blaise Misztal says these revelations should remind us that we can’t ignore the wider geopolitical implications of China’s reach into the Middle East.

MISZTAL: I think there's a double challenge for the United States and its allies to not only try to make sure that China isn't sucking resources out of the Middle East or at least not doing so at sort of cut rate prices. But that it’s also not stealing their intellectual property and gaining an illicit foothold in the economies of our allies.