BBQ with a side of hope

WORLD Radio - BBQ with a side of hope 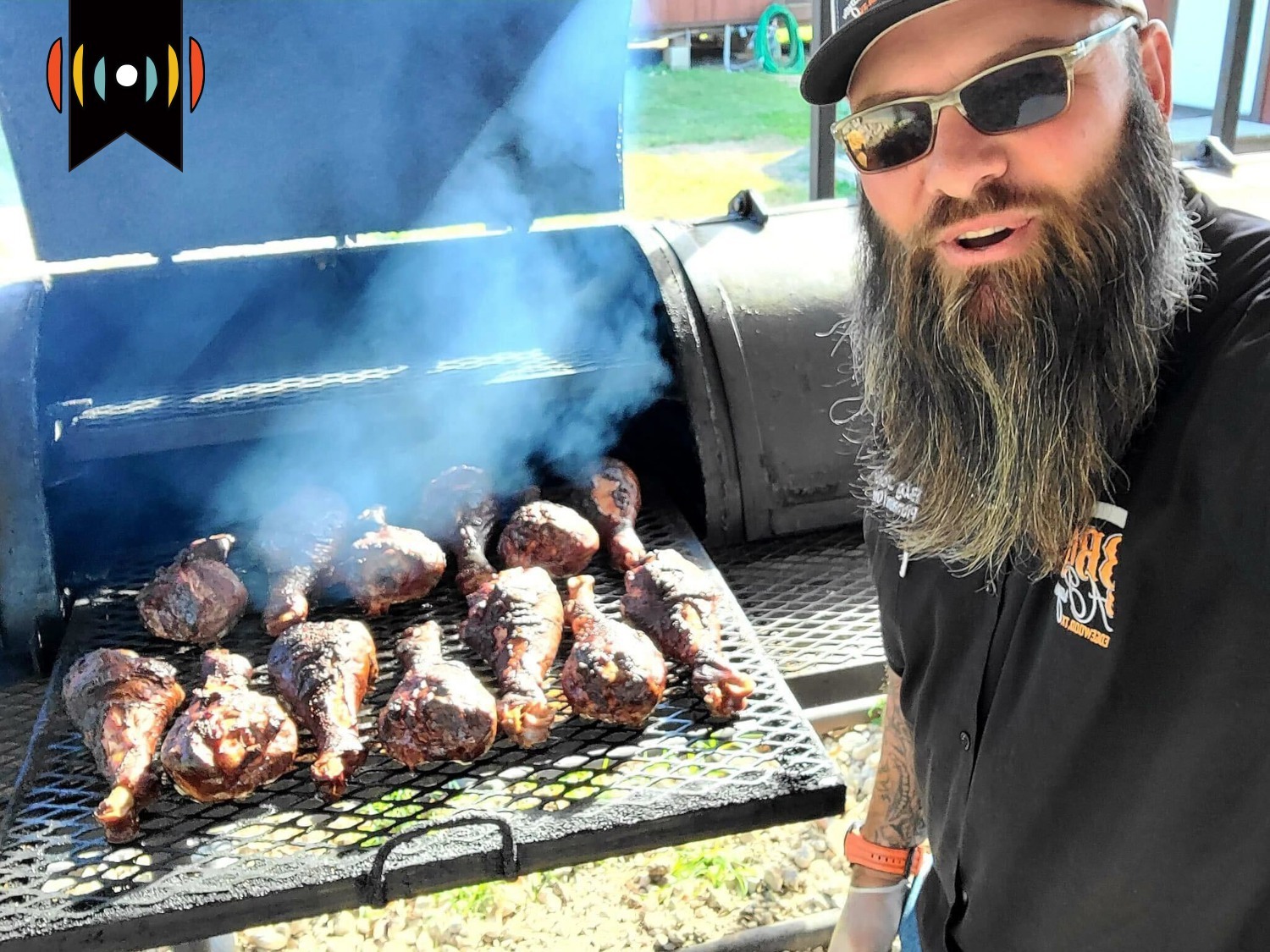 NICK EICHER, HOST: And I’m Nick Eicher. Coming next on The World and Everything in It: Texas BBQ!

Recently, WORLD’s Whitney Williams and her family stopped by a roadside BBQ stand. Turns out there was a whole lot more on the menu than brisket, turkey legs, and banana pudding.

WHITNEY WILLIAMS, CORRESPONDENT: It’s a sunny day in small-town East Texas. A bit windy. Barbed wire and big oak trees line a small, country highway that connects Emory’s Dairy Queen with Canton’s Whataburger. Just about smack dab in the middle of the 20-mile stretch sits a small, roadside BBQ stand. Picnic tables over here. A pond and pasture over there.

Mouth-watering smells drift up from large iron smokers. A towering, husky, bearded man in his mid-40s hangs his tattooed arm out the window of a small, red, wooden shed, greeting customers and taking orders.

Borgstedt is his last name. His first name, well, that was a bit of a controversy between his grandmother, a Catholic, and his mother, a Baptist…

BORGSTEDT: And so my name ended up being John, after John the Baptist, Christopher after St. Christopher. [Laughing] And I didn’t turn out to be either one of them. Maybe later on in life, but you know [laughing]

BORGSTEDT: I was considered one of the worst cases of child abuse in Texas history to live.

Borgstedt’s parents severely beat him--leaving him unconscious. Frequent trips to the ER. His mother regularly medicated him to the point of paralyzation. Borgstedt’s mom would abandon him for months—even years—at a time at psychiatric hospitals and homes for troubled children under false pretenses. The facilities would eventually send him home, only for him to be locked away in an isolated “quiet” room outside of his house—no toilet, no windows. Once, Borgstedt’s mother even tried to kill him.

At age 10, Borgstedt was coerced into making a confession to arson and became a ward of the state.

BORGSTEDT: There are some days I wanted to give up. You know, I did try to commit suicide several times, overdosed one time.

But someone always found him.

When Borgstedt turned 17, Texas released him into the wild.

His girlfriend’s dad helped him find a job. Gun-running for a Mexican drug cartel.

BORGSTEDT: That was my first prison sentence and I did five on a five.

When he got out, Borgstedt decided to visit his mother. He wanted to make things right. Tell her he forgave her. She said she’d prosecute him for trespassing if he ever stepped foot on her property again. She died soon after.

Still, Borgstedt felt free. God had bound up his wounds. He was no longer angry. No. Now, he was determined. Borgstedt spent the next 16 years advocating for victims of childhood abuse. He traveled the country—even internationally—speaking at youth and runaway homes, schools, prisons, child advocacy agencies ... He got married, wrote books, produced a documentary, won awards. God was using Borgstedt—and his testimony—to inspire hope and change.

Then, it all fell apart.

BORGSTEDT: You know, we get to a certain level in life with any of us and I think that we let the stardom get to us. And I did that. I ended up back in prison even after I accomplished all that. And I almost lost everything.

Borgstedt had opened a gaming room in Tyler, Texas. He thought he had done everything by the book. His arrest and six-month jail sentence said otherwise.

BORGSTEDT: I felt ashamed. I felt like I didn't belong there. But God had a reason.

God used that six-month sentence to humble Borgstedt. Mature his faith. He also used Borgstedt to minister to his fellow inmates—many of whom also endured childhood abuse.

After his release in 2017, Borgstedt went to work on an oil pipeline. A year later, while in the oil field, he shattered over half of his spine.

BORGSTEDT: And so I was wondering, you know, what am I going to do, because really motivational speaking wasn't something that I wanted to continue to do. I felt like I'd let everybody down.

His pastor’s wife had a suggestion: How ’bout BBQ?

BORGSTEDT: We started on a picnic table. And we were selling meat out of a cooler. And the guy that owns the property said ‘Do want to stay here?’ And I was like, ‘Yeah, I said, but I don't know about working in the winter.’ And he said, ‘Well, I'm gonna buy y’all a building.’ And so yeah, we've been really blessed.

FACEBOOK VIDEO: Good morning everybody. How are you all doing? Well, we’re here at the BBQ Place…

Word of mouth and social media posts are Borgstedt's primary marketing tools. Sprinkled between all the photos of mouth-watering meats are hopeful reminders of God's love. And customers come for more than brisket and ribs. One family drove over six hours to meet Borgstedt.

BORGSTEDT: She was on meth for 10 years. And now she's not. And she said, ‘You know, I just want to come out and I want to share that with you and let you know that I'm making it too.’ And she said and ‘I love barbecue.’

Borgstedt and his wife Virginia are grateful for the chance to bring gospel hope and healing to others.

FACEBOOK VIDEO: If you do need some prayer today, let us know. We’ll take time out of our day and pray for you…

But sometimes it can be overwhelming...

BORGSTEDT: It's like a sense of responsibility. I mean, and we all have it in our life, but it just puts more accountability on you. Because everything about you is watched, you know.

But Borgstedt doesn’t promise perfection. No. Instead, the sign out front keeps it simple: BBQ and a Prayer.