M31 and M32 a.k.a. The Andromeda Galaxy, in the same field of view Photo by Jerry Gardner 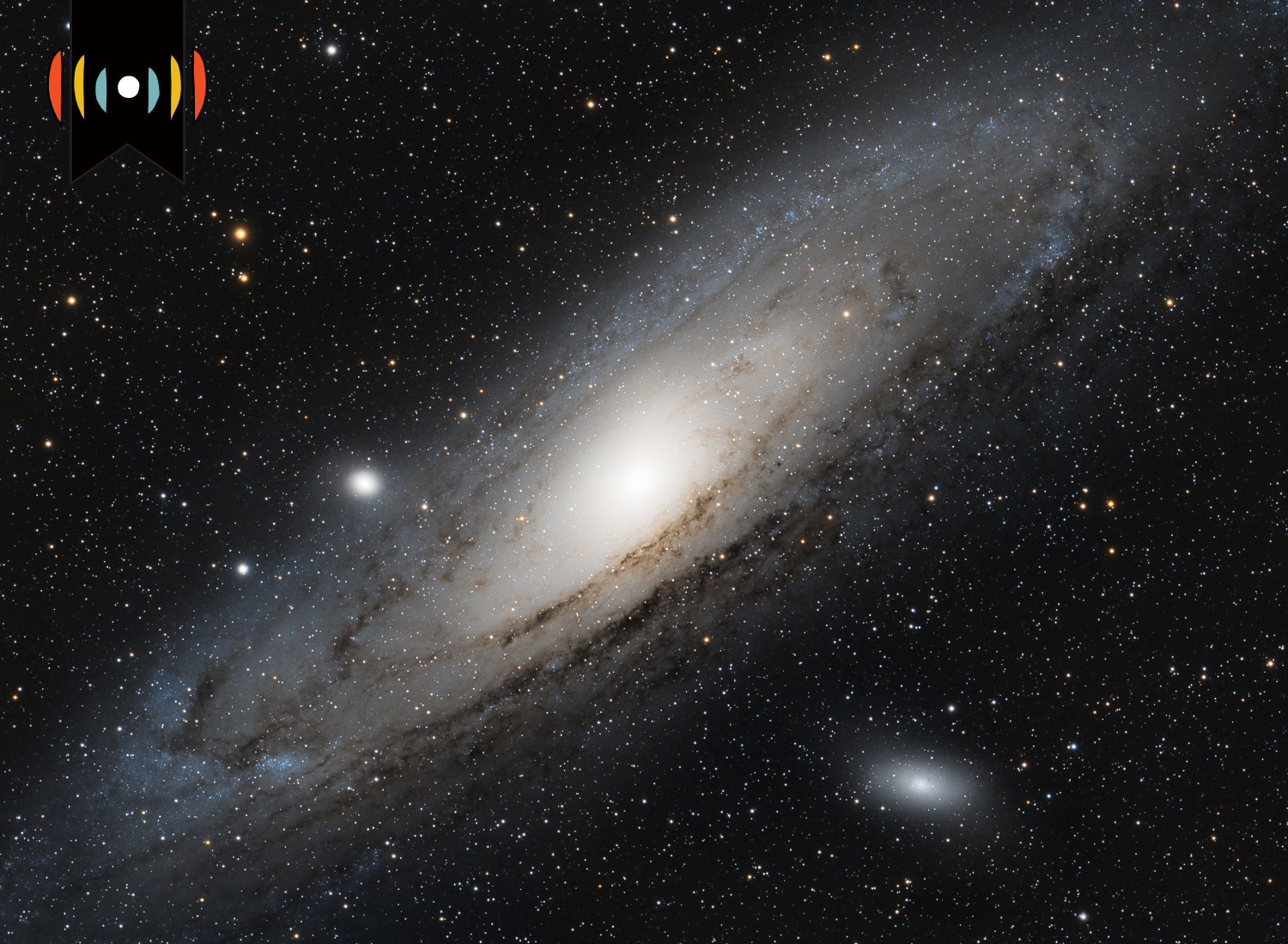 MYRNA BROWN, HOST: Today is Tuesday, March 22nd. Thank you for turning to WORLD Radio to help start your day.

NICK EICHER, HOST: And I’m Nick Eicher. Coming next on The World and Everything in It: the night skies.

In the first book of the Bible, Genesis records a conversation between Abraham and the Creator. God used the night sky to make a point. He took Abraham outside and told him to look up. “Count the stars … if you can.”

Today, in places that are far removed from city lights, with no moon and no clouds, you can see the Milky Way, but you’ll have the same challenge Abraham had.

EICHER: A French astronomer, unwittingly, tried to make that challenge a little more manageable. WORLD Reporter Bonnie Pritchett met up with a group of amateur astronomers to explain.

VOICE: Why don’t you ask what that is? Ask if it’s a nebula.

KEVIN DEVOLDER: Which nebula is it?

AVA DEVOLDER: I knew it was a nebula!

REPORTER: How old are you, Ava?

AVA: Five. Five. I’m in kindergarten. My daddy taught me about nebulas…

That night, dinner included a show.

Three telescopes trained on the night sky provided close-up views of the Orion Nebula and the moon. Members of the Johnson Space Center Astronomical Society set up the star party to introduce guests, and potential hobbyists, to the wonders of the night sky.

VOICE: Beetlejuice is straight up…

The show was relatively brief thanks to a curtain of clouds that unfurled and obscured the views. But not before Trevor Quinn captured an image of the Orion Nebula and kept it displayed on his laptop for guests like Ava.

TREVOR QUINN: I’ll probably stay on M 42. This is the prime time to be looking at it…

M42. Quinn refers to the Great Orion Nebula by its catalog name. There are 110 objects in the catalog labeled with an M for Charles Messier, a late-18th century French astronomer.

He’s credited with discovering 21 comets. But he’s better known for another list that bears his name.

CONNIE HAVILAND: He went looking for comets and found these objects in the sky.

DAVID HAVILAND: (If) they’re not comets. Don’t bother looking at them.

CONNIE HAVILAND: But he would number them. And he came up with 110 objects.

DAVID HAVILAND: Nebulas, galaxies, open clusters, and globular clusters... So, and he came up with his list of things not to look at because none of them were comets. But little did he know he's given us one of the most sought after lists for people to look up. 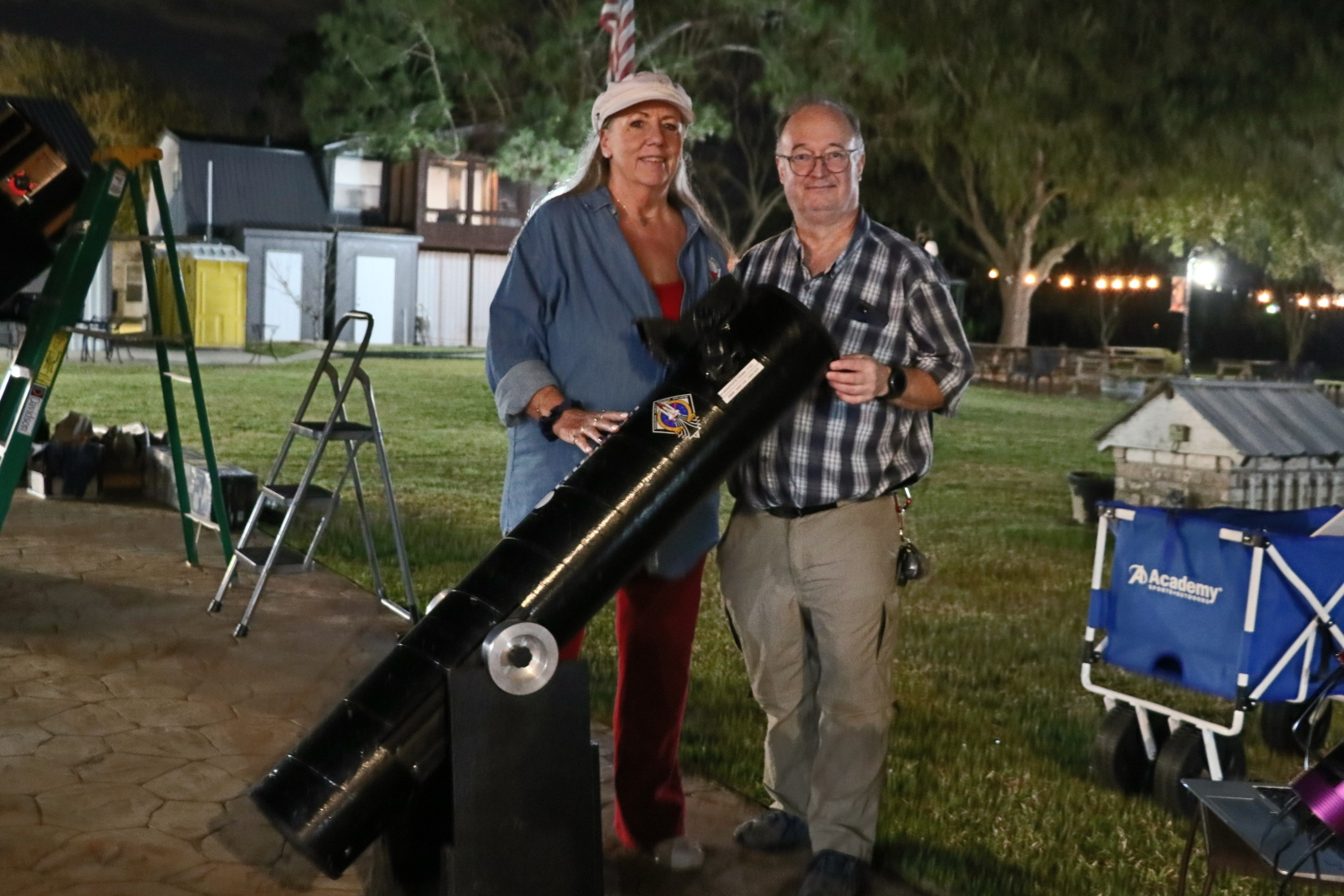 Connie and David Haviland and one of the seven telescopes they own. They recommend this 6-inch Dobsonian a go-to for beginning astronomy hobbyists Photo by Bonnie Pritchett

Many can be seen with the naked eye - most with binoculars in the Northern Hemisphere over the course of a year.

But in March and April when the New Moon sets early and the sky is free of clouds and city lights, all 110 Messier objects are visible—if the weather cooperates. Spotting them all in one night is an astronomical challenge known as the Messier Marathon.

GARDNER: It requires you to be up all night from sundown to sunrise, because some of the targets come up just before the sun rises. And you also have to view some of them right as the sun is going down…

That’s Jerry Gardner, director of astronomy at 3 Rivers Foundation. The foundation’s campus in North Texas houses a 30-inch and a 15-inch telescope. The non-profit organization promotes astronomy education. Its location far from light pollution makes it a prime spot for hosting star parties, including Messier Marathons.

For the astronomy purest, there is a proper way of participating in the marathon.

GARDNER: So, you basically have to hunt these targets yourself by star hopping, and knowing your way around a star atlas…

High-tech telescopes with GPS systems can locate each Messier object.

GARDNER: However, this takes a little bit of the fun out of it from, you know, the perspective of a visual astronomer, because the whole point is to be able to find and identify the targets yourself…

And that, David Haviland explains, is why the Messier Marathon is actually a sprint.

There is another method.

DAVID HAVILAND: The better way to do it is the corporate way, where you have a team effort, a bunch of scopes, and this person's found this object, and they all migrate like mice to cheese. And everybody looks at it, checks it off their list, and somebody else says, Oh, I got this one. And they all scurry over there. But doing it as a collective group is a whole lot more fun than trying to do it singly…

The Havilands have participated in, but never completed, a Messier Marathon. It’s not on their astronomy bucket list. But they appreciate the marathon’s draw of new astronomy hobbyists.

Before the clouds rolled in, Joel and Julie Zamarripa and their two young sons got a fleeting glimpse of Uranus through Chris Randall’s 18-inch reflector telescope.

Joel Zamarripa has long been enamored by the night sky.

JOEL ZAMARRIPA: When I go back to my hometown there's a stretch of 30 mile, 30 mile drive, about 25 miles of absolute nothing…

One time, along that desolate strip of road, he became distracted – not by what was ahead of him. But what was above him. Zamarripa pulled over. Turned off the engine, got out of the truck and climbed into its bed.

JOEL ZAMARRIPA: And I'm looking up and all of a sudden bright lights and blue and red pull up and a cop comes out and he's like, “What are you doing?” I'm like, looking at the stars. He looks up. He says you're not poaching or you're not hunting. You don't have a weapon on you. I’m like no, like, what are you doing here? I was like, Look up! [LAUGHTER] That’s what I’m doing. It’s so pretty. Just look up.