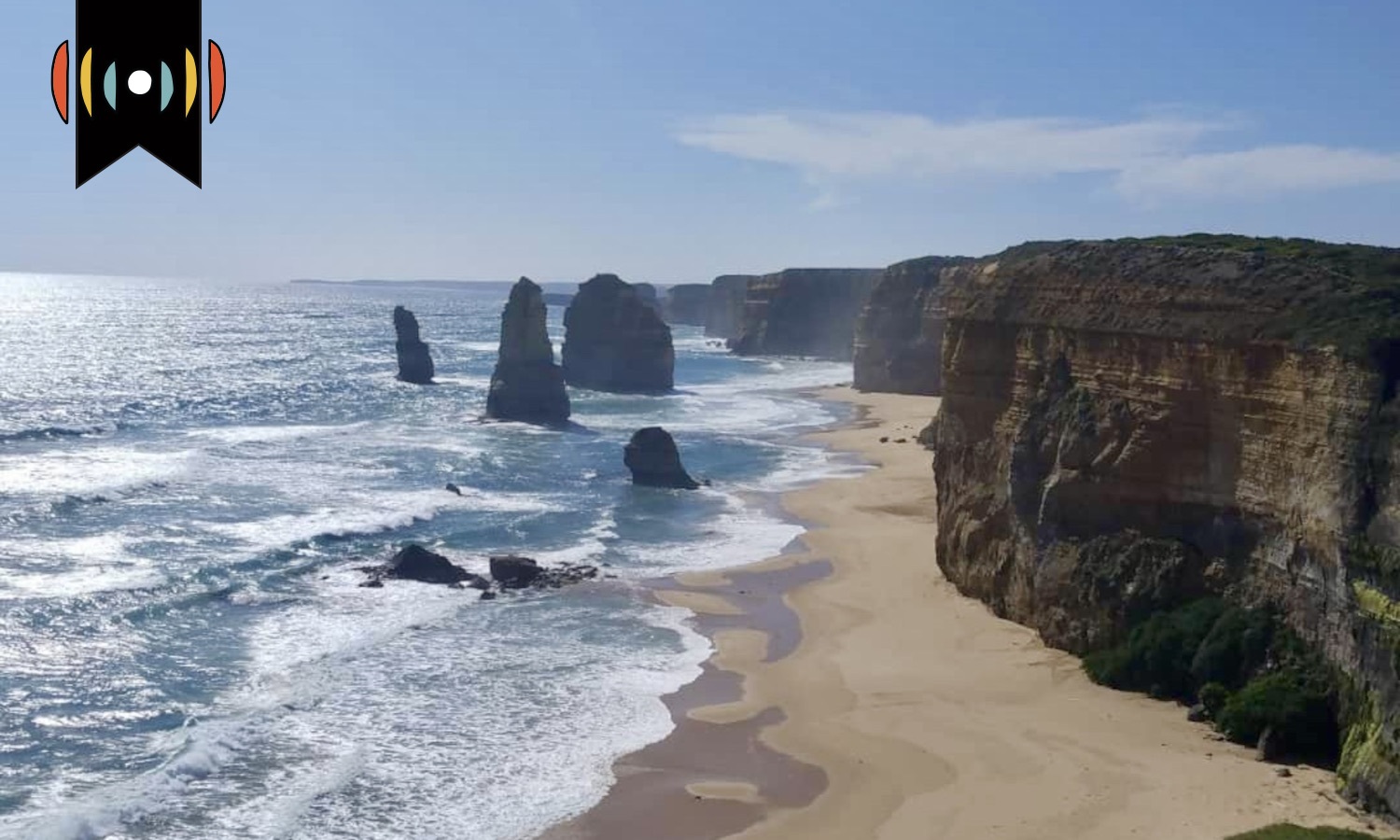 MARY REICHARD, HOST: Today is Wednesday, February 9th. This is WORLD Radio and we thank you for joining us today.

NICK EICHER, HOST: And I’m Nick Eicher. Coming next on The World and Everything in It: another in our occasional series—Destinations.

Driving Australia’s Great Ocean Road is like cruising along Highway 1 in California, only shorter and wilder. Craggy cliffs, soaring bluffs, and rugged terrain make this drive a global attraction.

WORLD correspondent Amy Lewis sends us this audio postcard from the scenic drive down under.

MUSIC: [Boys of the Dardanelles song]

AMY LEWIS, CORRESPONDENT: In 1918, Australian soldiers returned home from World War I after fighting in Gallipoli and France. They needed jobs. At the same time, Australia needed a road built to remote towns along its southern coast. It was a win-win situation. The soldiers finished hand-building the Great Ocean Road in 1932 in honor of their fallen comrades. It’s the world’s largest war memorial at 150 miles long. But the soldiers weren’t just building it for Australians. It’s a road for everyone.

And it starts in Torquay, where Rip Curl wetsuits originated and Quiksilver first sold its board shorts. Surfers can drive their iconic VW buses along the Great Ocean Road to the famous Bells Beach. It’s home to the world’s longest-running surfing competition.

Those who aren’t surfers still have plenty to see. Most people take the winding road for the sights. Two narrow lanes hug rusty red cliffs clad with scrubby brush. Road signs regularly remind tourists that, in Australia, we drive on the left side of the road. Just keep the ocean on your left as you drive west, and you won’t get lost.

The water stretches out like an artist’s palette of blues. Teal and turquoise hug the beach. Cobalt and ultramarine mute to a deep navy closer to the horizon. It seems at any moment the Dawn Treader could come cutting through the iridescent waves.

For the best experience, drive with your windows open and the radio off. Waves crashing against boulders, cliffs, and shallow or steep beaches all lend their voices to the marine orchestra.

Smells change too. At the Great Otway National Forest, the road plunges into the depths of a tall eucalyptus forest. The aroma shifts from thick and salty to spicy and medicinal with hints of mint and honey. Even the sound of the wind changes.

A side trip through this temperate rainforest delivers visitors to an anomaly of young California redwoods. A businessman planted the trees in 1936 for lumber but never harvested it. Australia’s 1990s immigration practices brought many nations to its continent. You can hear a host of languages in the grove as people express their awe and wonder at the stately red-trunked trees.

Visitors slip under fences and over enormous rocks to take pictures in the spray of waterfalls. They are dwarfed by tree ferns as tall as Goliath.

The Great Ocean Road winds past many coves and rock formations worth stopping to visit.

One collection of rocks used to be called the Sow and Piglets. In the 1930s, a marketing strategy renamed the nine colorful limestone stacks the Twelve Apostles. Now it's the most popular destination along the southern highway.

LEWIS: Do you know who they’re named after?

SHATALIN: Oh, I don’t remember. Uh, I’m not really into religion too much. Apostles. Ok, uh, let me think. There was, uh, so, Judah was one of them. Right? No? Who basically was not very good by the end of the story Judah then, uh, I don’t remember.

BROADBEAR: I presume the Twelve Apostles in the Bible, but, that, since there’s not twelve of them, I can’t tell you which one is which! Yeah, yeah, Matthew, Mark, Luke, John, and then I get a bit shaky. I think there’s a Thomas, Philip. I guess Judas was one as well. Um, there were two Johns, weren’t there? Were there two Johns? John the Baptist wasn’t one, was he. Just John. Isn’t that awful?! Peter? And trying to think of the books of the Bible now. Yeah, I’m coming up a bit empty. It’s been a while since I’ve had to think about that.

BHANDERI: They came from the Bible. I didn’t know that at all. That’s good to know…

Bible knowledge aside, the view shouts the wonders of creation to everyone who sees it. The surf crashes against rock pillars that change color depending on the sun and weather. But even rock is temporal.

The earliest written records only mention 9 stacks. In 2005 the eighth unnamed rock apostle collapsed. Now visitors can see seven Statue-of-Liberty-sized pillars standing out from the mainland.

Everyone I talked to agrees that this is a trip worth taking.

BROADBEAR: Once International borders are open up and especially if you’ve got American listeners who are thinking about coming to Australia, come for a long time. Don’t come for two weeks. The distances here are very large. But it’s just beautiful, the sea breeze and you look across and there’s nothing. Antarctica’s the first place you’re gonna come to looking south. So, it’s lovely…

RANABHAT: Like the scene is very, really, really awesome. And like, everything is really gorgeous. I like it. I can’t explain in words, because it’s naturally really beautiful….

"The psalmist put it this way, 'Shout for joy to the Lord all the earth, burst into jubilant song with music....Let the sea resound and everything in it, the world and all who live in it.'" (Psalm 98: 4,7)