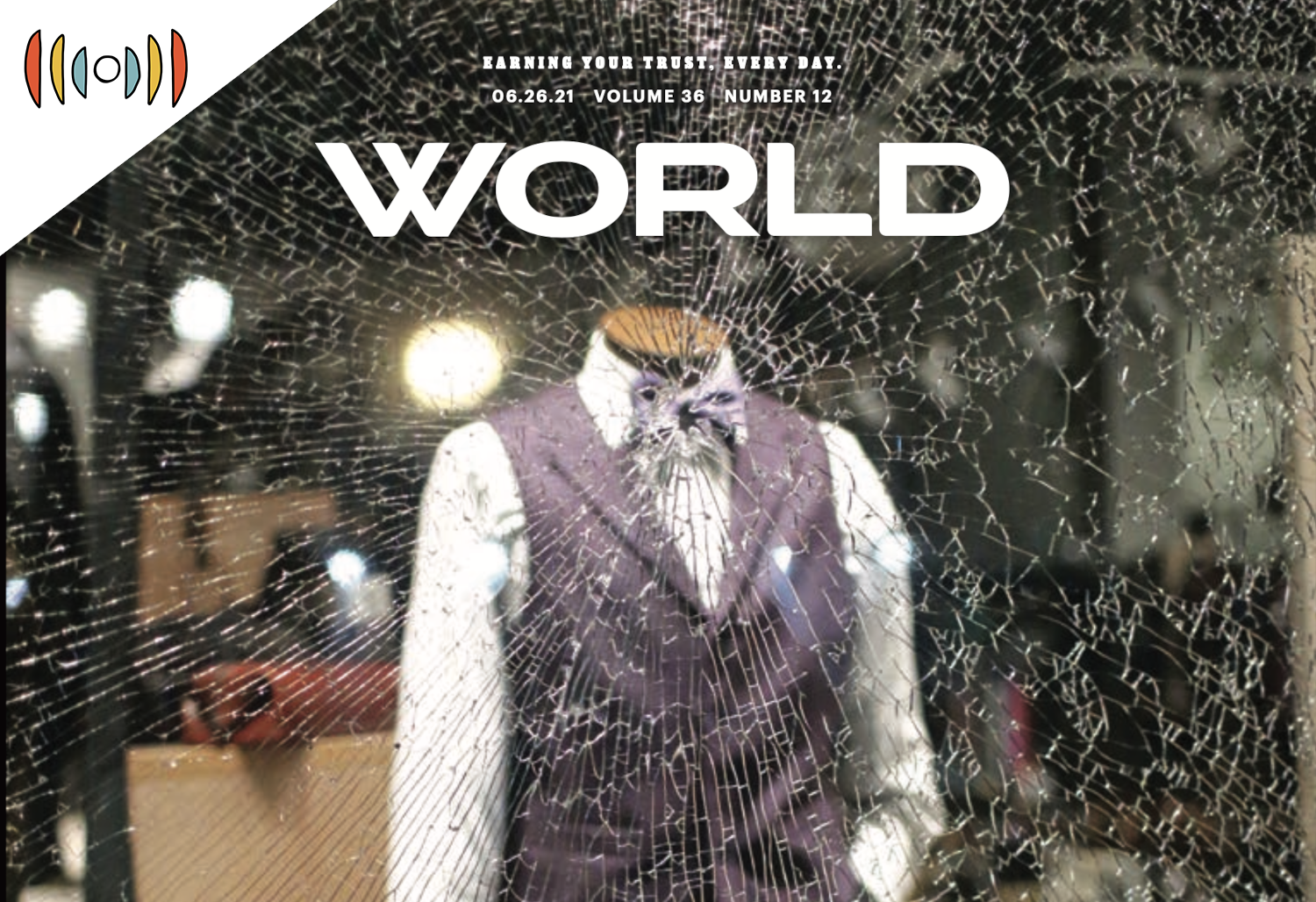 NICK EICHER, HOST: Today is Friday, July 9th. Good morning! This is The World and Everything in It from listener-supported WORLD Radio. I’m Nick Eicher.

Ever wondered how WORLD Magazine editors choose what to put on its cover? Editor in chief Marvin Olasky has the answer on this month’s Ask the Editor.

MARVIN OLASKY, EDITOR IN CHIEF: Frequently-asked question: “How do you decide on covers for World magazine?” Frequent answer: Our designers give us a choice of photos. Editors select the most truthful and most dynamic. Sometimes, though, accuracy and action are in conflict.

Deciding on our two June covers was hard. The first issue had a cover story by Mindy Belz. I liked for the cover an action photo of Afghan soldiers marching in formation. They swung their arms, apparently with great confidence.

Mindy rightly pointed out that the image was not consistent with what her sources told her. The Afghan army may not come through once U.S. forces leave. As soon as I heard Mindy’s objection, I realized I was wrong in preferring dynamism to faithful description. I swung over to the photo that made the cover. It showed the back of an American soldier trudging toward a dimly-lit horizon. The headline: “Leaving Afghanistan.”

The cover led me to remember what President John F. Kennedy said in his inaugural address six decades ago: “We shall pay any price, bear any burden, meet any hardship, support any friend, oppose any foe to assure the survival and the success of liberty.”

That was then. This is now. For our cover, we chose sad reality over false excitement.

Turning to the June 26 issue: The cover story was about rage in Seattle and Portland. Feckless local officials there have given the far left free range. They have caged peace-loving citizens.

Several of our editors wanted to use on the cover a photo of two would-be revolutionaries framed by a burning building. Their upright arms ended in clenched fists. I could image the reaction among some readers. Outrage! Pump up the blood pressure!

But so far Seattle and Portland are outliers. The whole United States is not on the brink of violent revolution. I thought about other stories in the issue: Summer travel, books, the declining number of COVID-19 cases, the debate about requiring chickens to be cage-free.

We had a photo option: An interesting photo of a mannequin in formal clothes behind a storefront window broken by bullets or rocks. We came up with an encompassing headline: “America’s summer: Fractured, uncaged, road-ready.”’

We went with that, in keeping with who we are after our 40 years of work as God’s World Publications. This month and next we’re running in the magazine retrospective articles on important themes of those decades: Faithfulness to the Bible and the Biblical account of creation. Generosity toward the poor. Protection for our most endangered population group, unborn children.

God has called us to blow the trumpet on such questions, as chapter 33 of Ezekiel urges. On some other issues, when our readers are already awakened, we urge our readers to keep calm and carry on.