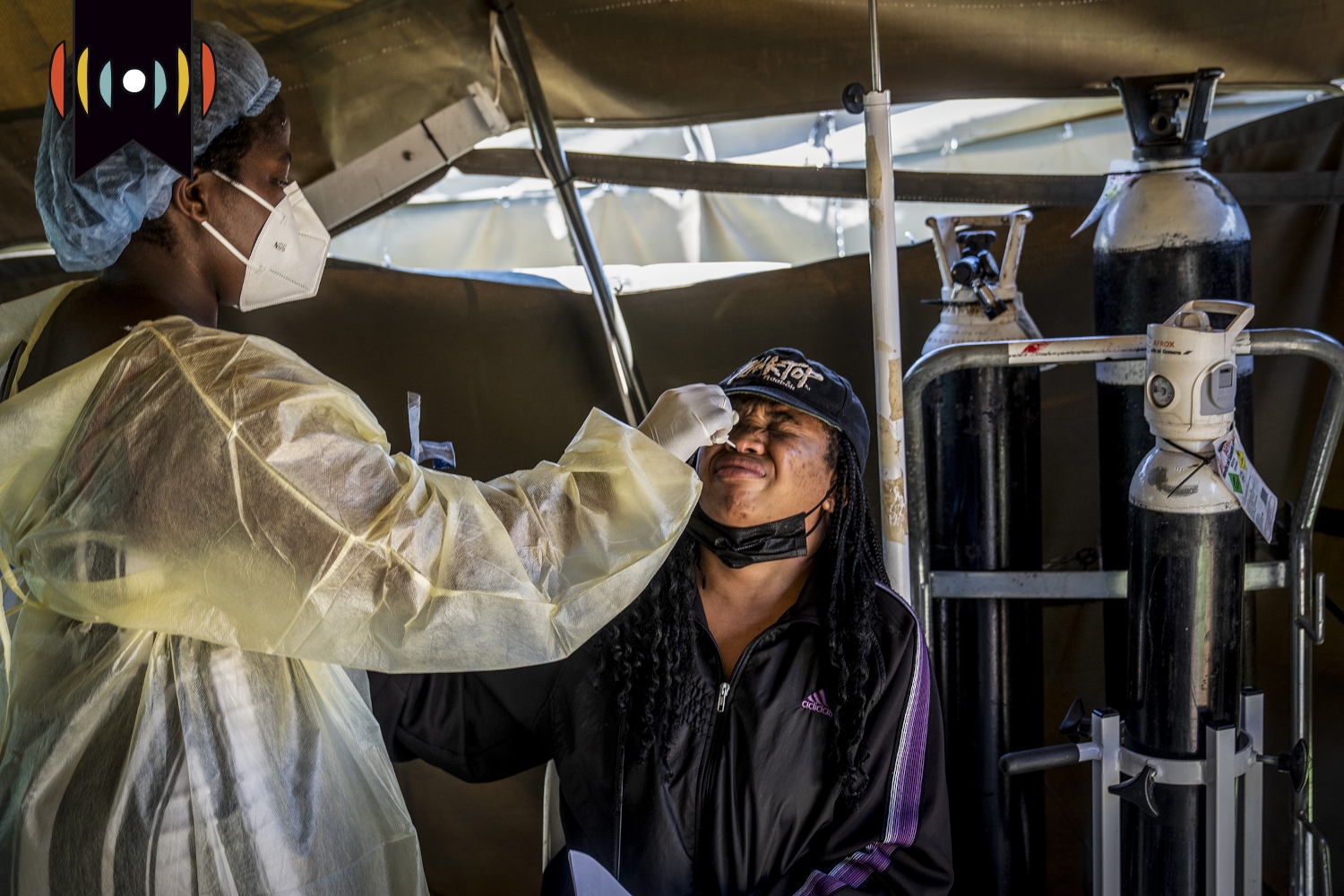 MYRNA BROWN, HOST: Coming up next on The World and Everything in It: omicron.

The United States is one of many nations that have announced travel restrictions to help slow the spread of the new COVID variant. Omicron was first identified in South Africa, where it’s currently spreading fast.

MARY REICHARD, HOST: The White House is hoping to at least hold off the spread of the variant in the United States a little longer. U.S. officials are also hoping to buy time to answer some still unanswered questions.

Here to help explain what we do and don’t know about omicron is Zach Jenkins. He is an associate professor of Pharmacy Practice at Cedarville University. Professor, good morning!

REICHARD: What has caused global health officials to sound alarms about this variant when other strains have more or less come and gone. That is, they didn’t materialize into major threats. Why the concern over Omicron?

JENKINS: So, thus far, most of our experience with variants we've heard about have all been from a single lineage. So there are a lot of mutations that are happening that are pretty related. What's really different about Omicron is that it's a very different lineage. It's its own set of mutations, its own generated pathway to those mutations. What's particularly concerning about it is that it has several mutations on the spike protein, which a lot of our vaccines have been targeting. And natural immunity can be impacted by that as well. And it's a large number of mutations that we're seeing. So we don't know necessarily what all of that means just yet.

REICHARD: Do we have a sense yet of exactly how infectious this is as compared to the Delta strain or too early to say?

JENKINS: Well, if we can look at just the data from South Africa, what we're already seeing is rising cases, which is not necessarily alarming on its own. But when you combine that with a higher positive rate of tests in an area that may not be testing as highly as we might be, and then also when you combine that with the fact that they're looking at wastewater and seeing a significant spike in cases, that trajectory of all those things, it's a very sharp incline compared to what we've seen in previous waves in South Africa. And so that may mean it's more infectious than delta potentially. We don't know whether that's true or not with 100 percent certainty. But it seems to be indicating that that's the case.

REICHARD: Zach, what do we know about how virulent or destructive this virus actually is as compared to previous strains like Delta?

JENKINS: Yeah, that's a great question and, honestly, one of the big challenges with mutations as they occur. They can actually harm viruses in their ability to spread farther, but also, they may actually cause less damage potentially. What we can't say right now is whether or not it causes more damage, more severe disease or less severe disease, based on these mutations. So the jury's still out on that there are only about 250 cases that we're aware of in the world at this point in time, and that's what we've identified through testing. There very well could be more cases out there. So until we have more data, there's not a lot we can say.

REICHARD: Health officials are trying to figure out exactly how effective current COVID vaccines are against this variant. How will they go about determining that?

JENKINS: Well, one of the big things that they'll be looking at is identifying individuals who have been previously vaccinated and have contracted this particular variant. And one thing that's going to be important is the period that vaccination may have occurred under so we know if someone's been recently vaccinated even against Delta as an example, there's less likelihood that they will actually contract Delta, if it was recent, compared to someone who maybe had it months ago. So that's going to be one piece of data that they're looking at, in addition to just tracking whether or not these outbreaks are occurring in large vaccinated populations.

REICHARD: Supposing health officials make a determination that omicron-specific vaccine shots are needed, what will that entail?

JENKINS: So, if Omicron shots are necessary, there's going to be a lag time when we're going to have to produce a new type of vaccine that's tailored to this particular variant. It's going to take about three months on average. The CEO of Maderna has said that, I think the CEO of Pfizer has indicated that, and I'm not sure whether Johnson & Johnson has made any comments and those of course are the three vaccines that we have in the United States. So about a three month time period is a rough estimate. The other thing that will be different about this—so right now, we have booster shots that are available. This is an entirely new variant specific shot. Booster shots are not variant specific. And so because this is a new lineage, as I kind of mentioned before, there's more concern that maybe we won't have as much activity that's maintained. So they know they're going to have to ramp up production. Then distribution is a whole other problem. You've got to get it out to the community and then you have to think about a worldwide distribution as well. So time is going to be a big issue. It'll look more similar to when we first started rolling out vaccines than what we've had lately would be my guess. And in the interim, what that means is we're going to have to rely on the therapeutics we have available if we start to have these kinds of outbreaks occurring, and people do get sick from it. What we don't know, too, with our therapeutics is whether they'll hold up because our monoclonal antibodies, for example, target a specific part of a protein, and natural immunity vaccines, they create what we call polyclonal antibodies, which tend to hold up a little bit better. And even against Delta, we lost a little bit of activity there. So our ability to treat this—if it does spread quickly—could be a problem. And there's going to be all the more rush on trying to push out that vaccine quickly if that is the case.

REICHARD: Zach Jenkins is Associate Professor of Pharmacy Practice at Cedarville University. Professor, thanks so much!