Two teachers in Pennsylvania try something new in a historic, one-room schoolhouse 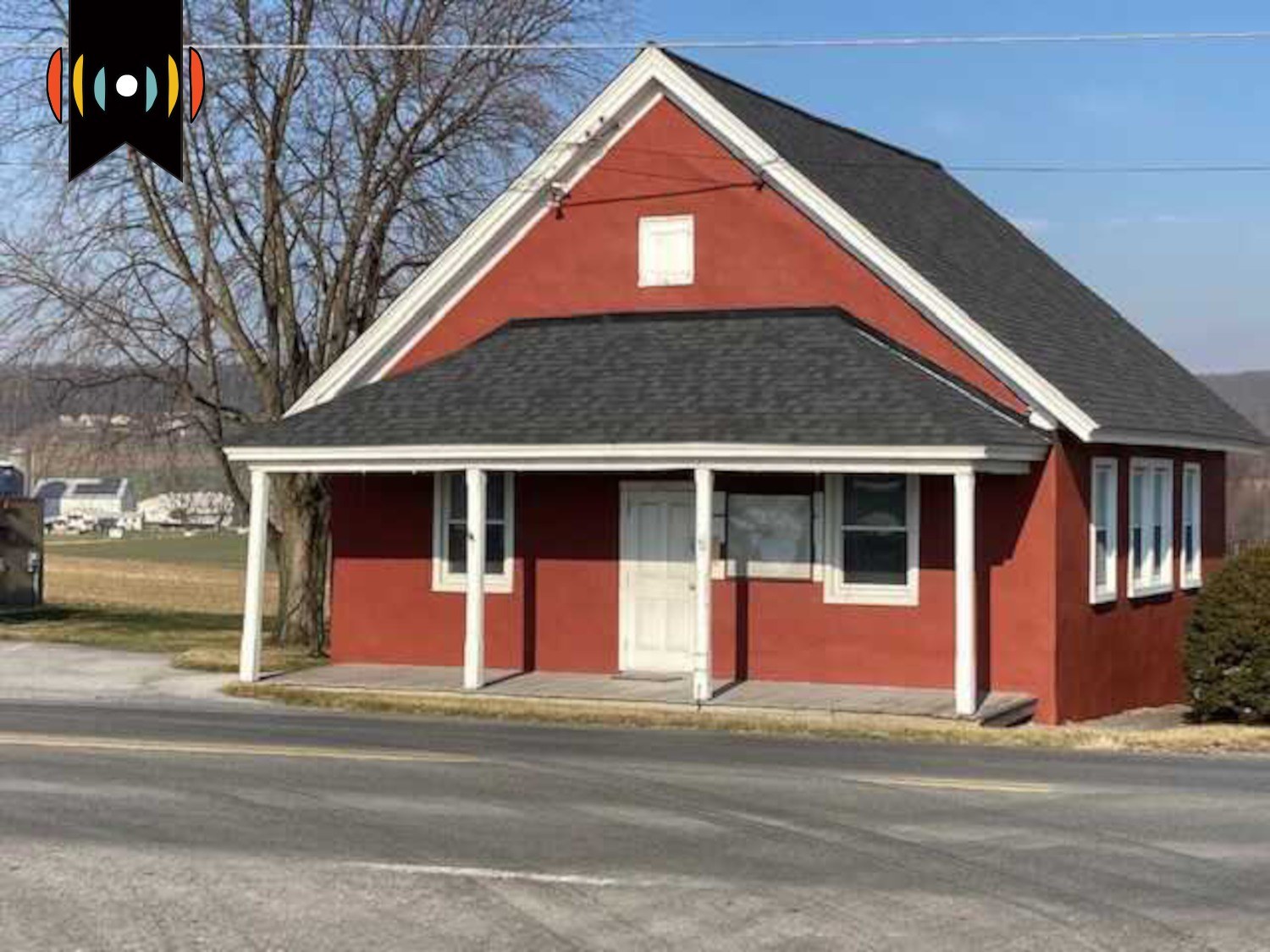 NICK EICHER, HOST: Today is Wednesday, November 3rd. You’re listening to WORLD Radio and we’re so glad you are!

MARY REICHARD, HOST: And I’m Mary Reichard. Coming next on The World and Everything in It: a return to the old schoolhouse.

One-room schoolhouses were a staple of education in the past—think Little House on the Prairie, maybe?

A woman in Pennsylvania is one of a growing number of educators trying to bring them back—along with new approaches to education.

WORLD’s Josh Schumacher has the story.

LEEVER: Lord, thank You for this chance to gather and to be together and learn...

JOSH SCHUMACHER, REPORTER: Rozanna Leever begins her teaching day with prayer. She teaches in a little, red, one-room schoolhouse just outside Morgantown, Pennsylvania. It was where generations of Amish children received their primary education, before some local churches converted it into a visitor center.

Now, Rozanna and her husband, Steven, have turned it back into a school. The Leevers are self-described lifelong educators. For years, they worked in the public school system. Standing outside the schoolhouse, Steven explains why they decided to start this school.

STEPHEN: We kind of have the traditional school, sit in rows, listen, and that works for some kids, but it doesn't work for a lot of kids.

And that traditional system can lead to questionable incentives for educators.

STEPHEN: And what happens invariably, is you address the kids that are most likely to move and make your scores look good. And you don't really worry about those that aren't going to get there.

Of course not all schools are that way. The Leevers got a chance to work at two schools—in Qatar and Dubai—that had a better approach.

They returned to the United States with some great ideas, but faced resistance implementing their ideas in the public school system. That’s when this schoolhouse came up for sale.

STEPHEN: And we said, why don't we just implement everything here? And so what you will see in here is a push away from grades. And it's all on learning habits and it's very engaging, a lot of project based work.

The students’ first major subject of the day is science. They’re learning about water conservation and the decisions local communities have to make about how they choose to distribute their local water supply.

Rozanna begins by breaking them up into three teams. Each team rotates through three different stations. Each one represents a different type of water supply situation people face around the world.

The first station has only dirty water available, and the students have to try to fill up a bottle—representing how much water their hypothetical population actually gets for consumption—with that dirty water.

But to get their dirty water, they have to carry a heavy object across the room so that they can bring it back to their population bottle. This is meant to simulate the long distances many people must hike for water that’s barely potable.

Before moving on to the next station, the students jot down their observations.

The second station illustrates when a community has an abundance of water, but here the students have to overcome a different set of challenges. They’ve got two water sources in front of them: a “Resources” bottle and a “Potential” bottle.

Perhaps it’s not as easy as they think.

The last station forces the students to ration their water supply across three different categories: humans, agriculture, and industry. They then must list how they ration out their supply before pouring it into their population bottle.

ROZANNA: You have a chart with seven “Ag.” boxes, two “Industrial,” and one “Human.” You’re transferring the water from the “Resource” jug. These are your “Needs” cups. So you need to decide, because that’s not going to be quite enough water to fill them all up. So you do need to decide.

Again, this group runs into a bit of difficulty. They struggle to figure out how exactly to distribute their water supply before time runs out.

ROZANNA: How’d your population bottle do? Lift it up.
KID 2: Not good.
ROZANNA: Aww, man. Well, let’s reflect on that...

The point of this exercise isn't to get it right the first time, but instead to help them learn something they didn’t know before. See, the grade isn't what matters here.

MR. LEEVER: And so while we're giving grades, we have completely removed any emphasis from the grade, we put all of our emphasis on growth.

The students move on to an economics lesson, then to lunch, then to math and language arts. Breaks are spread liberally throughout the day so the kids can work out their energy. And once the clock hits 3, they head off.

For Rozanna, this teaching process isn’t set in stone.

ROZANNA: It's a laboratory school. So that means I'm still learning as well. And this is my lab that I will retain and repeat a lot of what I do, but there will be things that I say nope, not doing that again. And that we have to be willing to know that as an educator, too.

But the big question remains...is this approach actually going to work? Rozanna Leever says she’ll find out at the end of the year.

ROZANNA: I am assessing these students at the beginning of the year, and at the end with a standardized test called Map, which is fantastic. It will determine—numerically—how successful I am and how successful they are at growing their learning, right? I know it's working really, really well. But we'll know for sure, a year from now.
SCHUMACHER: What if you’re wrong?
ROZANNA: Well, and that's the rub with education, the stakes are high. You have these kids, you know, academic future in your hands. I know, these students will grow academically, no problem. But whether I'm wrong on all the other fronts, I just can't see how individualized attention, hands on learning, going on these great field trips together. Bonding with like minded parents and families could ever be wrong, you know. So what if I'm wrong? That would be tragic and awful, but I just can't imagine that the alternatives could be any better.

One challenge public schools face (besides the aforementioned drive to get more of the incentivized success criteria) is the challenge of moving "at the lowest common denominator". With a classroom of 20-25 students, you have to move the herd. The laggards are not the only ones left behind... the ones way out in front are too. A student who may excel in a specific subject can easily be missed in the mass of the mob.

This was my own experience in high school.

Today I edit books as a hobby and am the chief documentation writer for several software products my company has produced internally. But until I was in 12th grade, I was in remedial English. Why? Because no one cared enough to say, "Why are you in my class???!" until my 11th grade English teacher said, "Why are you in my class???!" From 7th through 10th grade I was just moved along. My parents were thrilled because I was getting A's, so compared to my siblings I was a super-student. Funny that no teacher told them in a parent-teacher conference that there were better options for me; hmmm.

Students are not often in a position to help themselves. First they must actually know there is a problem, and second, must have a person 'above' who is willing to make a change. I hated my English classes. The stuff we read was awful (I don't mean vulgar or evil/immoral like parents are worried about today, just terrible stuff I couldn't imagine why they were 'classics'.) In 10th grade, thankfully I do not remember the teacher's name—poor harassed soul whose class was like mayhem—we had two weeks to read yet another terrible book. I finished it in one night and aced the test the next day while the other students read that day's section. At mid-terms I was shocked to discover an inordinately low grade... she gave me an F on that test because she had forgotten I took it so early; worse still: that awful book was a major portion of the grade. (Thankfully, easily resolved.)

Nevertheless, when I tried to register for Honors English for 11th grade, my registration was rejected: The pre-requisite for 11th Grade honors English was 10th grade honors English. So apparently (my 10th grade-self thought), if you didn't get on the train in 7th grade, you couldn't get on the train. Knowing no better and never having learned to NOT accept the status quo, I registered for the only English class I was allowed into, and near the end of my 11th grade year Mrs. Bechtold refreshingly interceded for me and got me into AP English ... where I floundered ... because I had missed several years of crucial "higher" English learning like poetry, literature, critical thinking. I think of all the horrifically awful books I read in 9th & 10th & 11th grade, while Jane Austen and Thomas Hardy were hiding outside the door.

When I read "Pride & Prejudice" and "The Mayor of Casterbridge" over the summer before 12th grade ("What, I have to do work *before* the school year starts? What kind of class is this???"), I thought I had died and gone to heaven. I could not believe such books existed.

Did not mean to write such a long story, but the reality is that we often focus on the kids who struggle with keeping up, when in fact the 'collective system' actually leaves off people on *both sides* of the learning curve.