Although the wheat prices are skyrocketing, the farmers may not be feeling the benefit 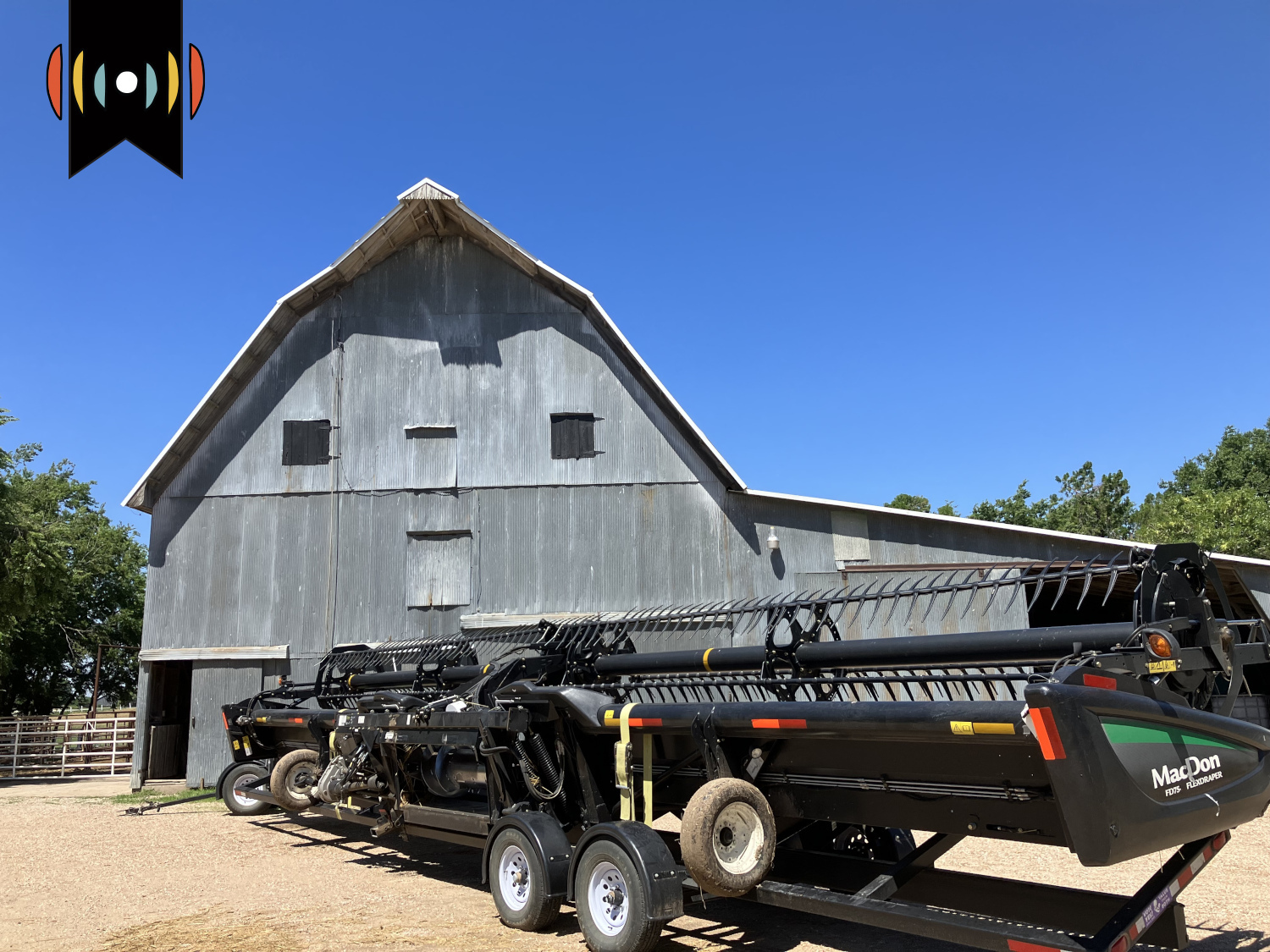 The war in Ukraine has disrupted global wheat exports from that country, one of the world’s biggest exporters.

American wheat farmers continue their harvests with grain prices at historic highs. But will they see much benefit?

LAUREN DUNN, REPORTER: Joseph Neville farms on about 1600-1700 acres in Andale, Kansas. Wheat makes up about 60-70 percent of his family’s operation. He started harvesting wheat on June 17th.

NEVILLE: We had decent yields this year, just a little bit above average.

That’s good news, as all of Neville’s costs have gone through the roof. Herbicides and fertilizers are both much more expensive this season. But perhaps the biggest cost factor is fuel.

NEVILLE: Our combine holds 400 gallons of diesel fuel, so we fill that up every day. So about 320 gallons a day. So we go through quite a bit a year, so anywhere from eight to 10,000 gallons a year. So it's a big, big chunk of change. So definitely affects the bottom line.

Wheat prices have soared since Russia invaded Ukraine in late February. In May of this year, they were about $12.75 a bushel—more than two times higher than a year earlier. Since then, the prices have declined to about eight-and-a-half dollars a bushel.

Chandler Goule is the CEO of the National Association of Wheat Growers. He says that high prices can sometimes discourage farmers from planting the crop.

GOULE: Actually what that volatility does is it sends the exact opposite message to a farmer of saying that this market is not stable and it is not it is not responding to supply and demand, it is responding to a war. And therefore that is going to make planting more wheat more risky. Because that just as fast as that price went up to $14, it can go right back down to $4.50-5, which is below the breakeven point for most of our growers.

GOULE: So the industry this year, this production year, is stricken with drought and in the winter wheat and excessive moisture in the spring wheat. So it's been kind of a tumultuous year so far.

But even farmers with higher crop yields may not benefit much from the higher prices.

In 2021, almost one-fifth of U.S. wheat acres were in Kansas. Most years, about half of Kansas wheat is exported. This year, supply shortages and poor crop yields lowered the state’s wheat production.

Daryl Strouts is the CEO and president of the Kansas Wheat Alliance.

STROUTS: Farmers have not been immune from the supply chain issues that developed over the last couple of years because of COVID and shutdowns and that kind of thing. And so that was certainly starting to show up a year ago, you know, that we didn't have access to some of the chemicals that we needed, you know, whether it'd be seed treatments or fertilizers, those kinds of things.

STROUTS: Some of the wheat didn't even come up. I saw some photos this spring of wheat seeds literally just laying on top of the ground where they didn't germinate last fall. And the wind had eroded the soil over the top of it and there were just bare seeds laying there.

STROUTS: Even though I think income on a per-bushel basis, you know, is up, with the diminished yields and the increased costs, I would guess a lot of farmers still aren't going to be a lot different than just break even on wheat.

Some farmers sell their wheat even before it’s harvested in order to take advantage of the current high prices. But Joseph Neville points out that can be risky.

NEVILLE: You can only do so much forward contracting beforehand. Because if you forward contract for so many bushels and you get hailed out then you're up a creek. You can't provide those bushels to meet that contract. And so we forward contract as much as we're comfortable with. And after that, we’re kind of stuck trying to find other ways to market it…

Many Kansas wheat farmers have finished this year’s harvest – or they’re close.

NEVILLE: We have 10 acres left. So about 35 minutes of harvesting, we got ran out of the field, two mornings ago, about 1:30 in the morning, and we were 30 minutes from finishing and the rain came in. So we're so close. So it was rough.