WORLD Radio - All dried up

Pink water washes over a salt crust on May 4, 2021, along the receding edge of the Great Salt Lake Rick Bowmer/Associated Press Photo 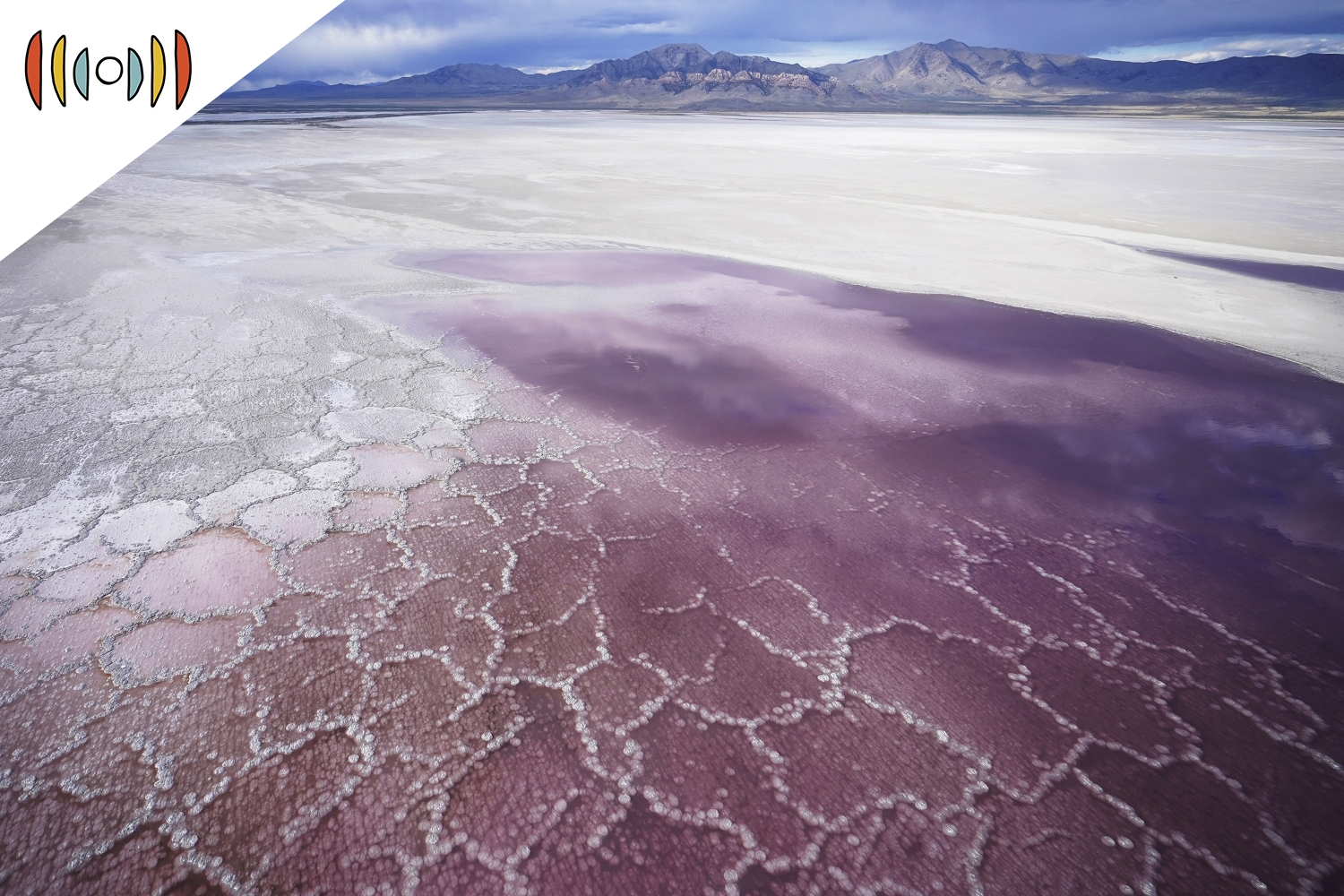 You’re listening to WORLD Radio and we’re so glad you are! Good morning, I’m Myrna Brown.

First up on The World and Everything in It: drought.

The Western United States is in one. Fifty-seven million people are living under drier-than-usual conditions.

SARAH SCHWEINSBERG, REPORTER: California farmers are used to drought. The state’s precipitation has always been up and down—very wet years followed by very dry ones.

But for the past two decades, the dry years have gotten more and more common. Still, Ryan Talley has soldiered on. He grows fruit and veggies on 1,500 acres.

TALLEY: We do intensively irrigate with drip irrigation, or with sprinkler irrigation all of our crops.

But last fall and this winter, the region got one-third of its usual rainfall. Just eight inches. That means the wells are low. Lower than Ryan Talley has ever seen them.

TALLEY: We've already been proactive on some of our ranches and actually dropped our pumps down further as far as we can into our wells. And, and a lot of our ranches have reached the bottom of our wells.

So Talley Farms has to make the limited water stretch. To do that, in some places, Ryan Talley is planting half as much as he normally would.

TALLEY: We've really had to cut our planting schedule and not plant what we typically do in those ranches, just due to the fact that we don't have the water to irrigate those fields.

More than half of Arizona, Utah, and Nevada are in an exceptional drought—the most severe rating—along with a third of California.

Across the West, that has farmers and ranchers hurting, and city water planners tightening their belts.

RENSTROM: We only have actually one source of water in our county, and it comes from the Virgin River Basin.

The county collects water from the river into several reservoirs. Renstrom says that water is used for drinking, irrigating fields, and watering lawns.

This year, city officials are trying to cut water use by 10 percent by limiting irrigation at parks and golf courses and asking residents to cut back on landscape watering. The county is also tacking on a surcharge for people who use more than 1,000 gallons of water a month.

Zach Renstrom says the county’s population just keeps growing, even as drought conditions continue. So officials are looking at whether some of these policies need to be permanent in the desert climate.

RENSTROM: We're going through that evaluation process to look at what is ornamental or decorative grass versus effective grass. How can we just think forward when the drought is over? How can we still be using water efficiently?

Andrea Lopez works with the Ute Water Conservancy District in Western Colorado around Grand Junction. It provides water for 90,000 people.

LOPEZ: Our primary watersheds are the Grand Mesa, specifically the plateau Creek watershed.

Typically, the Grand Mesa’s snowpack fills reservoirs to meet the region’s needs. But this year, for the first time ever, Ute Water officials began pumping water from the Colorado River to keep reservoirs full.

Lopez says once reservoirs get too low, it’s hard to fill them up again.

LOPEZ: If you think of your reservoirs, like your savings account, you know, it's a lot harder to recover anything when it takes a big hit all at once.

The Colorado River is one of the most important water sources West of the Rockies with 30 million people relying on it. And the drought is stretching its supply.

It fills two key reservoirs: Lake Mead in Nevada and Arizona and Lake Powell in Utah. Over the 4th of July, water levels at Lake Mead reached a historic low—at just 35 percent of its capacity. Lake Mead is just 34 percent full.

The drought is also affecting important ecosystems. In Northern Utah, the Great Salt Lake could reach a 170 year low.

Jaimi Butler is with the Great Salt Lake Institute at Westminster College in Salt Lake City. She says the shrinking lake affects wildlife. Millions of birds migrate there to nest and feed on brine shrimp. But if the water gets too low, the lake will get too salty, and the shrimp will die.

Despite the high heat and drought conditions, cities in the West, like Phoenix, Las Vegas, and Salt Lake City, keep growing.

And while conditions are dire, some scientists say water conservation has come a long way and will continue to improve… especially as drought conditions become the usual.

Back in California, farmer Ryan Talley says droughts present many unknowns. But he knows, it’s out of his hands and in someone else's.

TALLEY: I definitely pray for rain. I give it to the Lord. Our faith is what gets us through in times like that. And I'm confident he will always provide a way.