WORLD Radio - Algae for all 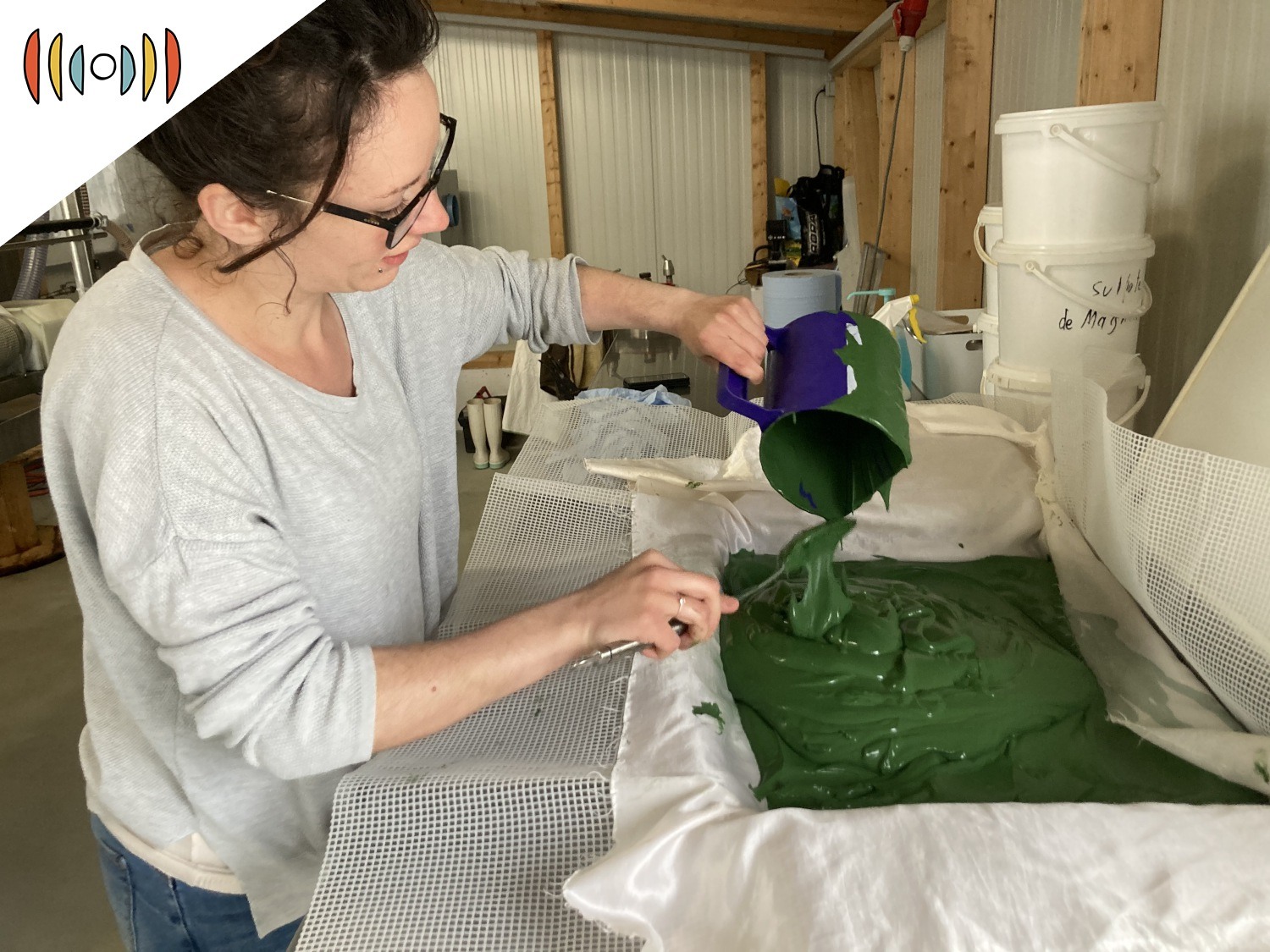 MYRNA BROWN, HOST: Today is Thursday, August 26th. Thank you for turning to WORLD Radio to help start your day.

PAUL BUTLER, HOST: And I’m Paul Butler. Coming next on The World and Everything in It: growing algae on purpose.

Thanks to Pixar’s Finding Nemo, kids around the world know all about that green stuff that grows on the sides of aquariums.

BROWN: And this time of year, those of us who live near ponds or lakes are quite familiar with the so-called: “pond scum!” But did you know that some algae is an amazing food source for people? WORLD European Correspondent Jenny Lind Schmitt has our story.

JENNY LIND SCHMITT, CORRESPONDENT: Swiss farms are famous for producing high quality milk from happy cows. The Etique family farm does have a lot of cows as well as corn, tobacco, and other crops. But the family’s quest to innovate has it growing something more unusual.

Inside a long greenhouse is what looks like a huge wading pool. Only the water is fluorescent green! This is the nursery for millions and billions of spirulina plants. Molecules? Or...what exactly is spirulina? Mathieu Etique explains.

The technical definition? A free-floating, filamentous cyanobacteria characterized by cylindrical, multicellular trichomes in an open left-handed helix. Uh-huh... So basically, spirulina is a microscopic blue-green algae that is edible and chock-full of iron, proteins, vitamins, and antioxidants.

A motor in the pool pushes the water gently, creating abstract moving patterns of light and dark green on the surface as the spirulina floats around. The odor makes me think of a lake, but it's not stagnant. Everything smells very fresh.

After disinfecting my hand, I dip it in the warm pool. When I pull it out again, it’s coated with a bright green film that tastes slightly salty. For today’s harvest, Mathieu’s wife, Morgane, puts the end of a long tube in the basin.

She starts a pump and green liquid flows into a rotating drum in a room next to the greenhouse. The drum spins, forcing liquid through a 30-micron filter. The water passes through and the spirulina molecules stick to the filter. Inside the drum, a metal blade scrapes the green mass into a strainer-lined tub.

The spirulina farm was born out of need. After Morgane had her first baby she looked for a job she could do from home on their three-generation farm.

During her pregnancy Morgane took spirulina as an iron supplement. When they learned it was imported, the couple wondered if they could grow it. They researched and realized they already had most of the equipment they needed on hand.

The Etiques use the farm’s greenhouses to start tobacco and cucumber plants in early spring, but then they sat unused for nine months. Meanwhile the family was installing an electric biogas plant on the farm and looking for a way to use excess heat from production. So they built a shallow pond with beams and tarps, got some spirulina starts, ran heat under the basins, and became the country’s first spirulina farmers.

Back in the greenhouse, the 40-pound mass of spirulina now has the consistency of a big vat of melted chocolate. There’s still too much water, so Morgane puts a special lid onto the plastic tub. She connects a hose and turns on a small milking machine that she’s adapted.

VOICEOVER: That pumps out the rest of the water in the spirulina. Afterwards we’ll have a nice play-doh to put in the sausage press to make spaghetti!

While the water pumps out, Morgane gets her microscope. She checks her spirulina daily to make sure it’s healthy and see what nutrients it needs. She puts a drop of liquid on the slide, and on the microscope’s screen appear thousands of tiny spirals. That’s how the algae got its name.

VOICEOVER: They’re corkscrews. I call them gnocchi because in this variety the spirals are very tight. There are seven spirals... Once they’ve reached seven spirals they redivide. That’s how they reproduce.

Spirulina grows naturally in warm lakes in Mexico and Chad, and was cultivated by the Aztecs. More recently it’s been rediscovered as a superfood because it’s rich in vitamins and minerals. Most spirulina is sold as a powder. But the Etiques turn theirs into crunchy little sprinkles to eat on yogurt or salads.

That’s the next step in the process. When the spirulina is like a big green blob of play-doh, it’s ready for the sausage press. The Etiques had one specially revamped with a spaghetti attachment. Morgane uses a foot-operated lever to control the machine, and she fills tray after tray with long green filaments. Then into a dehydrator for 8 hours. When it’s dry, Morgane sends a sample to the Swiss equivalent of the FDA. After the sample is approved, it’s ready to sell.

In summer when days are long, the pace is non-stop. Harvesting goes from every few days to twice a day. Spirulina needs to stay between 68 and 98 degrees Fahrenheit. The summer of 2020 was especially hot. The algae grew too fast, smothered, and died. They had to restart from scratch with a fresh strain.

Still it’s been more successful than the Etiques originally imagined. The farm won a national prize for innovation in agriculture in 2017. That gave them a lot of publicity and customers. But despite the potential for growth, Morgane says the goal is to remain a family farm.

VOICEOVER 3 We have to diversify on the farm, but we wouldn’t want to get any bigger. It would no longer be a pleasure. We’re good like this. It stays a family farm.

And that is where Morgane says she’s in her element.