An alpaca enthusiast is spreading her love of the fleecy camelids 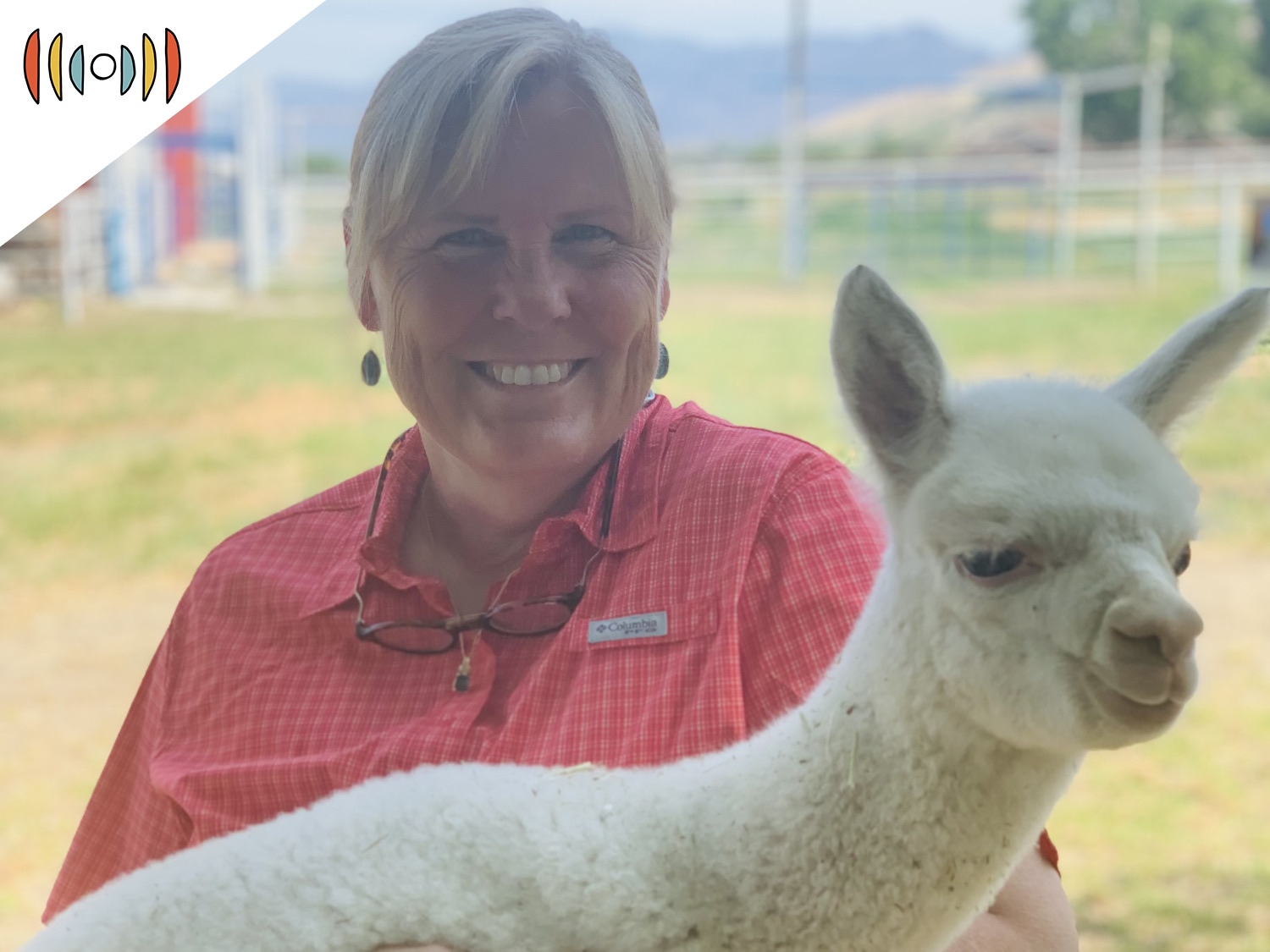 NICK EICHER, HOST: Today is Wednesday, June 30th. Thank you for turning to WORLD Radio to help start your day.

MARY REICHARD, HOST: And I’m Mary Reichard. Coming next on The World and Everything in It: agritourism.

Alpacas are native to the Andes Mountains in Peru, Chile, and Patagonia. The animals provide people with fleece and meat. Thirty years ago, enthusiasts imported the first alpacas to the United States and their popularity just keeps growing.

EICHER: WORLD’s Sarah Schweinsberg recently paid a visit to an alpaca enthusiast spreading her love of these fleecy camelids.

Suzie Radtke lifts the baby into a sling scale to make sure he’s gaining weight.

Radtke is out doing her morning chores. That involves watering each pen.

Using a tractor to distribute hay.

And raking up alpaca waste.

RADTKE: We actually harvest and sell almost all the poop. That's great for gardens.

At one point, Radtke stops to watch an alpaca argument. Some of the males aren’t getting along.

They’re running around chasing each other. It’s usually harmless antics.

RADTKE: The young one he's kind of obnoxious. He's always running around trying to pick fights.

RADTKE: Come here girls. Come on! There it is!

The alpacas approach slowly, stomping their legs in nervous anticipation of the cold water.

RADTKE: We never put water on top of their backs because they can have a greenhouse effect, and they have been known to get third degree burns on their backs.

Nearby, other alpacas roll in the dirt.

RADTKE: Their favorite pastime is to roll on the dust and play in the water.

Alpacas aren’t nervous animals. They surround Radtke. One especially outgoing alpaca nuzzles her with her long neck. Others use their large bottom teeth to nibble on shoe strings or sleeves.

RADTKE: They have like human looking teeth on the bottom.

This is Suzie Radtke’s dream morning. She fell in love with alpacas back in 1985. That’s when she was working at a university vet hospital.

RADTKE: I was just so intrigued. I just thought they were clowns. They were just super comical—even when the boys are fighting and stuff, you can there's like some humor in it.

She knew that one day she wanted to have her own. But alpacas were so new in the country that they were expensive.

After 20 years of saving and waiting for prices to drop, Radtke purchased her first alpacas in 2007. She started building a herd and breeding for great fleece and straight legs. Many alpacas have legs that turn out slightly.

RADTKE: I want the best confirmation I can get, along with the fleece quality. It’s really important to her.

As her herd grew, so did her neighbors’ curiosity. People began stopping by to ask questions. They were used to seeing cows and horses. Not alpacas.

RADTKE: We would have tons of people just pop in, at all hours of the day, weekends whenever.

So Suzie Radthke decided, why not share her love of alpacas with other people—and get paid for it. So she began offering alpaca tours.

RADTKE: So creating the farm tour, it just sort of naturally created a revenue stream. Plus, it organized all the visits.

Now, she has a group visiting most weekdays.

Around noon, her second group of the day shows up.

RADTKE: Well, welcome to our farm.

Three sisters are having a reunion in Utah. Kristen Plaisance booked the tour. She said her family has always been curious about alpacas and wanted to learn more.

PLAISANCE: None of them have been on an alpaca farm before now.

The tour starts in a shop, where Suzie Radtke tells her visitors all about alpaca anatomy and behavior.

RADTKE: A regular alpaca will go through a bale and a half a month.

RADTKE: Horses go through half a bale a day. We're pretty thrifty.

Then they get to handle alpaca fleece. It’s soft like cashmere.

RADTKE: We use all the fleece off of an alpaca its whole life. There's always something we can do.

After an hour, the family gets the crowning treat: hanging out with the alpacas.

Radtke takes them into one pen where the moms and babies are staying cool under shade trees.

Some family members start out shy. One girl hangs back. But as the alpacas curiously approach her, she lets them come close.

GIRL: I’m not really an animal person. Like, I get afraid of animals, but I definitely feel comfortable in front of them. This is very different. They're so gentle.

Suzie Radtke says her favorite part of the tours is watching moments like that.

RADTKE: I get my biggest kick out of introducing people. That's where I get my warm fuzzies is watching people meet alpacas.

For all the joys, Radtke says the alpacas are also a lot of work. Caring for them takes constant vigilance.

RADTKE: You have to pay attention to cleaning up after them. Because of their problems with parasites. You don't want to feed moldy feeder hay. You know, you want to make sure they get the right minerals.

But she expects that alpaca’s popularity will continue to grow. Both for tourism and practical reasons.

RADTKE: They're known as the greenest livestock. That means you can use everything that comes off of an alpaca or out of an alpaca its entire life.

And she’s happy more of them will be around. Because she says they could teach us all a thing or two.

RADTKE: They don't care what people look like, where they're from, or who they are. They treat everybody exactly with the same curiosity, you know, and interest. I think that would be the example that alpacas would say I would say they set.