Abuse in the church

WORLD Radio - Abuse in the church 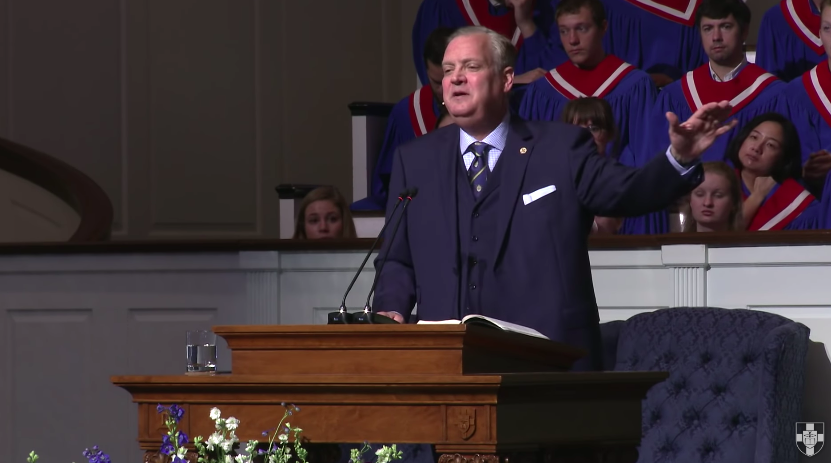 NICK EICHER, HOST: And I’m Nick Eicher. Coming next on The World and Everything in It, a theological question: Is the position known as complementarianism to blame for abuse within the church?

Let me explain what “complementarianism” is: It’s a theological proposition that asserts men and women are both created in God’s image. They are the same in dignity and worth, while distinct in function—specifically within the church and the home. Those sex specific roles complement one another, and hence the term.

REICHARD: The Southern Baptist Convention addressed allegations of sexual abuse cover ups over the summer.  Some pundits and religious leaders suggested the SBC’s support of “complementarianism” is a fundamental cause for the abuse.

Recently, theologian Albert Mohler responded to this criticism in a message he delivered to the Southern Baptist Theological Seminary.

Today, we bring you a short excerpt from that address:

ALBERT MOHLER: The pattern is clear in the Old Testament and the New Testament, same and different. Physical bodies, same in so many ways but different in so many ways. Not an accident, but a part of God’s plan.

Same and different beyond our bodies is also in the roles and vocations to which men and women are called even as revealed in creation. It’s a pattern, same and different that continues throughout our understanding of the entirety of scripture and the experience of the church. This biblical teaching is not about male superiority and female inferiority.

To think of this sameness and difference in terms of male superiority and female inferiority is to, is to violate the Bible’s teaching of the imago dei. The difference does involve authority. It does involve responsibility. It does even revolve within defined relationships, patterns of respect and leadership and submission, but it is not about male superiority. It is not about female inferiority.

We have to face the question, which is now raised very much in public as to whether or not complementarianism is a cause of the abuse of women, and girls. And here’s where you need to hear me say: “it can be and it sometimes is.” Sinful men will distort anything and take advantage of any argument that seems to their advantage even to the abuse of women.

The responsibility is for us to recognize that complementarianism which we believe to be the glorious revelation of God for our good and for his glory in the church and in the home. We need to recognize that if that is distorted into male superiority and if it is then distorted through a corrupted understanding, then you will have a situation in which it is not only hypothetically possible, but it has been true that some men have cited complementarian doctrine as an excuse for lording over their wives rather than leading and serving and even taking advantage to the point of abuse and denying that abuse is abuse.

There is a real sex abuse crisis in our midst. It is our responsibility to make certain, not only that we hold to biblical doctrine—that’s non negotiable—but that our doctrine is fully biblical and demonstrates the spirit of Christ and the fullness of what the Bible calls us to.

We need to recognize that we have sinned against women when we have allowed complementarianism to be presented in a way that implies male superiority and often leads and sinfulness to male tyranny and terror and sin. We need to take responsibility for the fact that we as a denomination, as churches, have often failed to hear the cries of women who have spoken of their abuse and we bear responsibility for a failure to deal adequately, Christianly, responsively, as husbands who love their wives as Christ loves the church should respond to the cries of any woman. And thus we have work to do.

So it’s incumbent upon us to clarify and to testify and to advocate. So do I believe that complementarianism leads to the abuse of women? I will tell you, yes, I believe that it can, and it has. But that’s not the source of the problem. Source of the problem is human sinfulness, pride and arrogance. And yes, there are patterns of male pride and male arrogance and male terror that haunt us.

But I believe the embrace of the fullness of what God has revealed in scripture is actually the only way to find healing and hope and accountability in gospel churches that are rightly ordered and women are rightly honored. And in gospel homes where husbands love their wives as Christ loves the church and gave himself for her.