A search for a forgotten piece of Illinois history 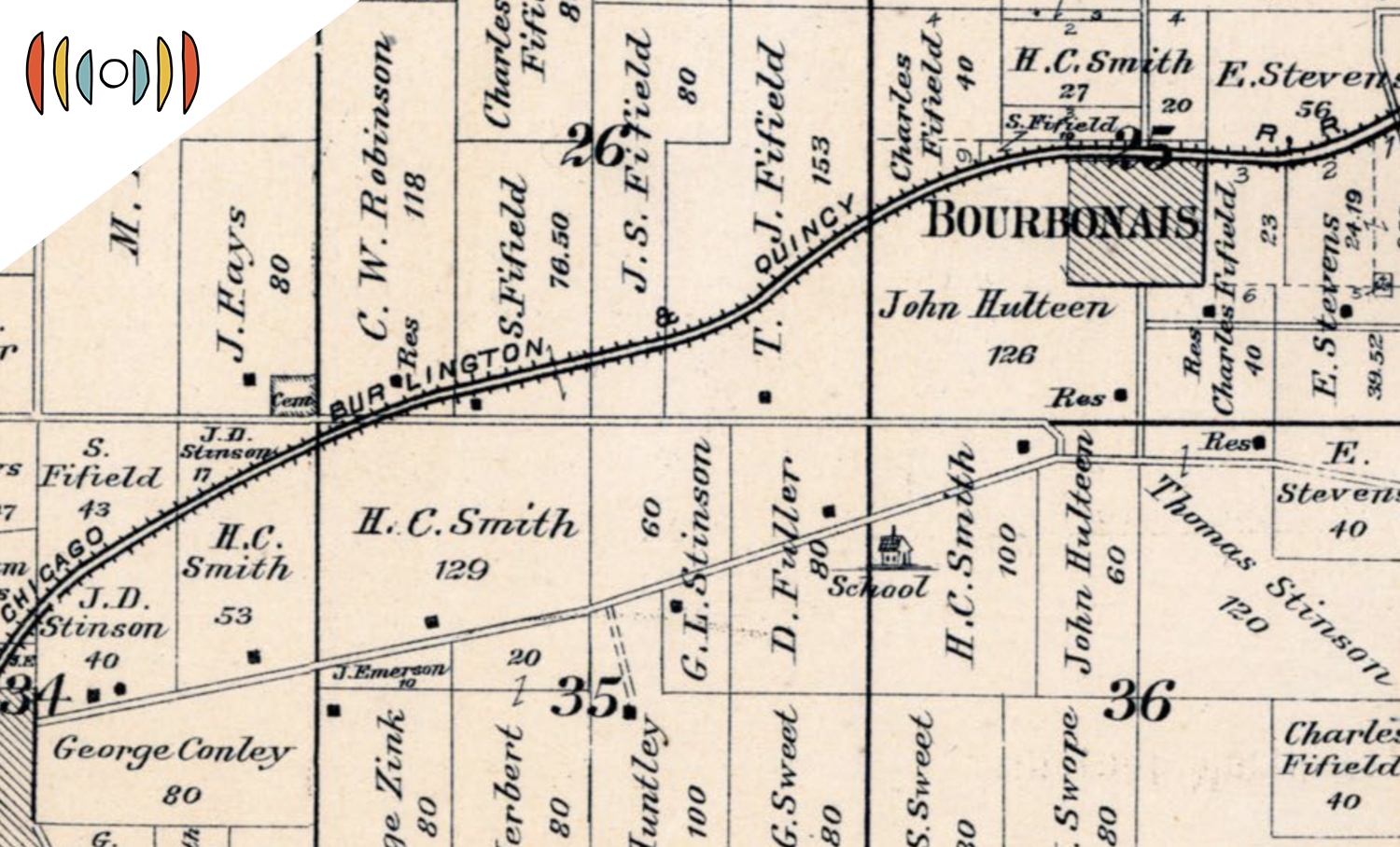 NICK EICHER, HOST: Today is Thursday, June 24th. Thank you for turning to WORLD Radio to help start your day.

You know, we put our interns right to work. Now, you met Caleb Bailey yesterday and he’s back at it today on our next story on ghost towns.

EICHER: This past weekend WORLD’s Paul Butler heard about a ghost town near his home. So he set out with intern Caleb Bailey and went to work to see what they could find out about this forgotten part of Illinois history.

HINCKLEY: I think we all have this picture from John Wayne movies and westerns, the tumbleweeds blowing down the streets, all of that...

PAUL BUTLER, REPORTER: Jim Hinckley is an expert on ghost towns. He’s been exploring them, and writing about them for years.

HINCKLEY: I think for a lot of people it starts when we're kids reading about stories of lost treasures...

According to Hinckley, a ghost town is any settlement permanently abandoned by its inhabitants. Sometimes buildings remain as a testament to its past, but many become a “historical feature:” meaning nothing remains.

HINCKLEY: You know, in the Upper Peninsula of Michigan, for example, a lot of the towns there that date to the logging in the mining industries of the 19th century. A lot of boom towns and they were gone by the early 20th century.

Every state has them. Turns out that in my neck of the woods—Bureau County, Illinois—there are at least seven towns that have disappeared since the 1890’s. Including: Ottville, Limerick, Lone Tree, and Bourbonais. Not to be confused with the thriving town of Bourbannais in eastern Illinois. That town has two “n's” in its name.

I thought it’d be fun to try to find the lost town of Bourbonais, with one “n.” My research assistant is WORLD summer intern Caleb Bailey.

SOUND: ARRIVING AT THE LIBRARY

We begin at the Princeton, Illinois, public library archives.

The Stevens-Lawton local history room is itself a step back in time. Around the perimeter are heavy wooden bookshelves filled with leather bound volumes.

Caleb pulls the History of Bureau County, 1885 off the shelf. One section includes an alphabetical listing of all the towns and a brief history.

BAILEY: Bourbannais—In March, 1864, John H. Robinson began sinking a shaft on his land, and soon afterward the village of Bourbonais was platted...and it had a post office known as Lovejoy.

Owen Lovejoy is a big deal in Princeton. He is perhaps Illinois’ most well-known abolitionist. He died in 1864, the same year Bourbonais was founded, so it’s not surprising that this young town named their postoffice after him. In fact, three years later, the Illinois General Assembly renamed the whole town Lovejoy.

According to this 1885 entry, the town started because of a coal mine. The vein of coal was about 75 feet down. It was 5 feet thick. The only problem seemed to be an abundance of water.

We start looking for the town in the 1892 plat map.  Each page laminated to protect the fragile sheets. The large volume is falling apart. They’re all out of order. We eventually find Concord township.

SOUND: PAUL AND CALEB TALKING ABOUT THE MAP

The town of Bourbonais is just south of the Chicago, Burlington, Quincy railroad line between Buda and Wayanett. We page through various Illinois histories, but can’t find anything more on the town.

The roads in the plat book are clearly marked so we’re off to the Bureau County Courthouse to look at the latest land records. Hoping that the new roads line up with the old ones.

The Assessor’s Office is in the basement of the courthouse. Christine Anderson pulls up a satellite photo of the property, and gives us the name and address of the current owner where the town once stood. And the roads match.

Hanging above her is a poster-sized version of the 1892 plat map of Bureau County.

She’s the only person we’ve met so far who’s heard of the town.

Across the street is the Bureau County Genealogical Society. It sits in an old two-story building on Princeton’s south Main Street.

BUTLER: Hello! How are you today? We are doing some research into a lost town of Bureau County called Bourbonais. Have you heard of the name “Bourbonais” before? ELAINE: No, not really.

Elaine Newell is vice president of the society. She leads us over to a large bookcase filled with three-ring binders.

We find one labelled: “Former Towns.”

In it is a single entry about our mystery town:

"Platted in 1864. Located in section 25 in Concord township. This town also never got the paper stage…."

Newell explains that means the town never filed the necessary paperwork with the state to be fully recognized.

Then the entry ends this way:

After 62 years, the town died.

We drop four dollars in the donation case, grab the Illinois Atlas and Gazetteer from the backseat, and drive off to find Bourbonais.

About 20 minutes later, we’re at the end of a quiet country road. Two boisterous blue heelers—one with only three legs—run out to greet us.

BUTLER: Hi pup! We’re doing some research about a town that used to be around here...called Bourbonais. STRADER: This is the last building...

Adam and Julie Strader bought these 17 acres in 1996. The old post office is part of their farmhouse.

STRADER: This is the post office and we have I have a shelf on the wall. They said, that's where the mailbag was, the mailbags hung. I kept it because it was significant to me.

Turns out we’re far from the first people to stop by. For 23 years, there’s been a slow but steady stream of visitors.

BUTLER: (OFF MIC) So do you feel a certain responsibility to keeping that memory alive? STRADER: I do. I do. I mean, it's a farm to us...I’ve always wanted to put a sign that said former “Bourbonais.”

Julie says she thinks the town died off because the mine filled with water.  The buildings were taken to neighboring towns. The post office is all that’s left.

After about 15 minutes, we say goodbye and follow the road to the end of the line.

BUTLER: (OFF MIC) That's so cool. And we got permission to go down there.

Caleb and I hop out of the car and just soak in the scenery. Gentle rolling hills. Groves of oak trees. An active train track stretching into the distance. But nothing remains of the town except for the topography.

BAILEY: I don’t know, it’s kind of surreal...even though you’re not looking at it, it’s a part of history. Because you look at a town or a person that’s lasted through History that’s one thing, but we’re standing in a place where a town has come and gone. Kind of says a lot about time. I don’t know. It’s beautiful though. [PAUSE] I wonder what it would look like as a town.

And I wonder too.