A wing and a prayer

WORLD Radio - A wing and a prayer 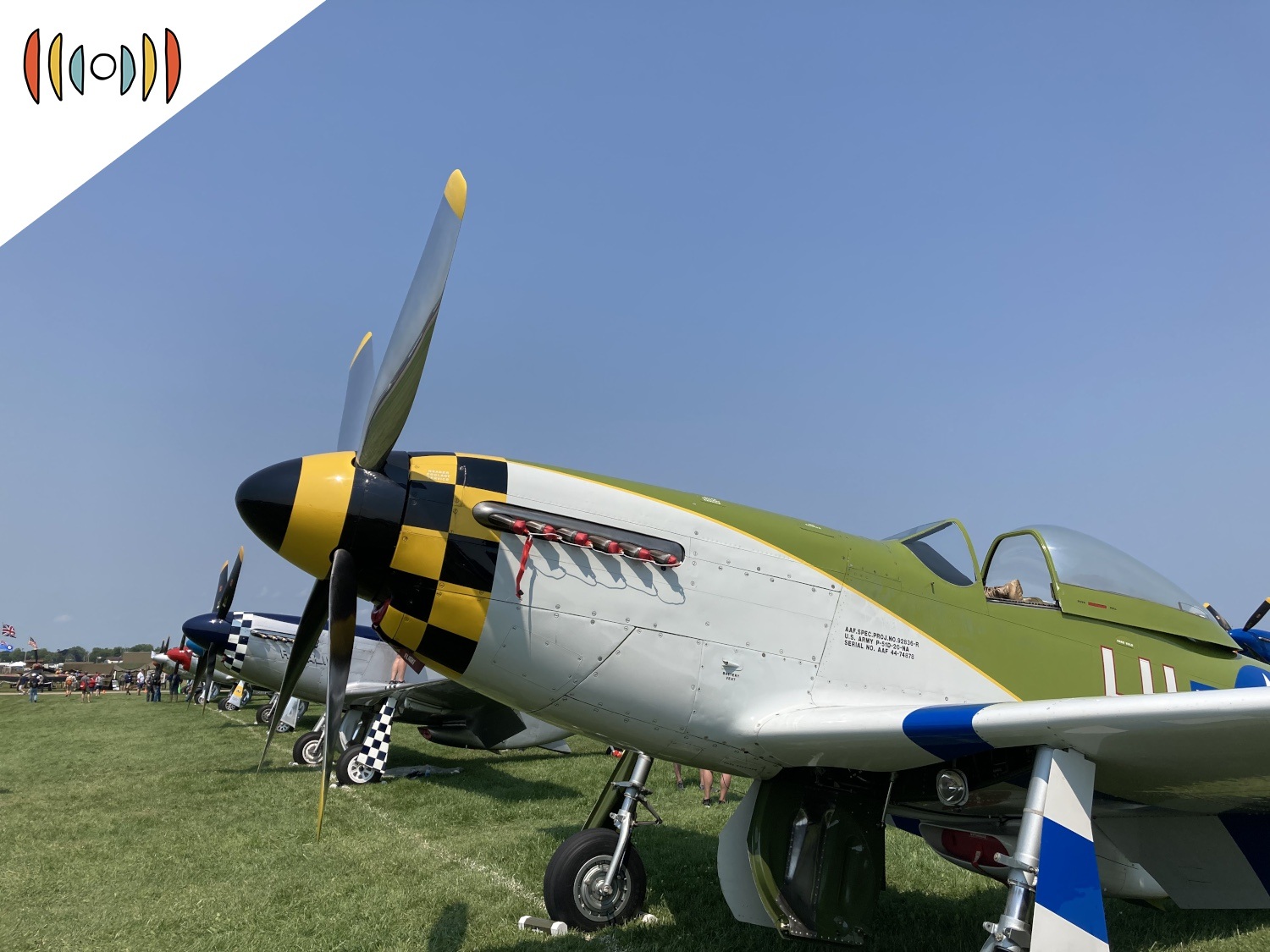 NICK EICHER, HOST: Today is Wednesday, August 25th. Thank you for turning to WORLD Radio to help start your day.

MARY REICHARD, HOST: And I’m Mary Reichard. Coming next on The World and Everything in It: another in our series, “Summer destinations.”

Every year during the last week of July, people who love airplanes converge on a small city in Wisconsin. To the locals it’s the “AirVenture” —the largest gathering of airplanes in the country, put on by EAA, the Experimental Aircraft Association.

EICHER: But for many of those who come to the AirVenture, it’s known simply by the name of the city, “Oshkosh.” WORLD correspondent Hayley Schoeppler spent several days there to learn more about what draws so many people together. Turns out, it’s a whole lot more than just airplanes.

HAYLEY SCHOEPPLER, REPORTER: For anyone experiencing AirVenture for the first time, it can be overwhelming. The sheer number of acronyms and initialisms is enough to make your head spin: EAA, FAA, MAF, IAMA, JAARS.

Acres of small planes parked in fields. Helicopters buzz overhead, giving attendees an aerial view of the event. John Deere tractors chug by the world's busiest control tower for this AirVenture week—pulling trams loaded with people of all ages. One tram takes attendees to the north 40—to see the Warbirds.

At the far edge of a field filled with 1940s-era planes, brown tents mark a World War II encampment. It’s part of the Warbird Living History Group. Mike Pope, one of the khaki-clad re-enactors has been coming to Oshkosh for 18 years.

MIKE POPE: Things started with a couple of guys just setting up mannequins with uniforms on and then they'd show up with uniform so on and then some other collectors came in and started setting things up. And now we have anywhere from 60 to 100 members that will show up on any given year.

Like so many other things, AirVenture was canceled last year due to COVID. Pope is glad to be back.

POPE: Oshkosh, is you know, Christmas, birthday, Thanksgiving, all rolled into one. We've got a lot of people that when they get out of their car this is the first place they come to; they want to get the exposure because there's a lot of World War II as you look across the way there World War II airplanes everywhere. They come through here to kind of get put into the mood and the exposure and everything, Okay, it's now 1943 We're back at World War Two. Now let's go look at the airplanes and talk to the pilots and enjoy that part of it.

And it’s not just looking at airplanes. Every afternoon crowds gather along the runway. It’s time for the daily airshow:

Step away from the airshow and there’s a different kind of buzz. Between the expo buildings and the admissions gate, two roads meet. Here you find a group of tents with three airplanes and a helicopter outside. Visitors take turns sitting in the helicopter for a picture or trying the controls of the Helio Courier in a simulation island landing.

This is where the Christian aviation groups gather, many sharing a large white tent sponsored by IAMA—the International Association of Missionary Aviation.

One organization in the IAMA tent is SOAR which stands for “service oriented aviation readiness.” Kevin Dunn is director of operations:

For the Christian missionary aviation groups that gather at EAA, it’s about more than recruiting, raising support, and evangelism. Terry Yoder is president of SMAT, or the School of Missionary Aviation Tech.

Over at SOAR, it’s the same story.

DUNN: Interacting with the friends that I have here, and interacting amongst other missionaries had a conversation this morning with another Aviation Group and other mission Aviation Group for almost two hours there. They were picking our brains on how we do things, and they're because they're trying to do some of the same things. And that's the kind of stuff that just is invaluable in our industry, because this is really the only one of the very few places during the year that we can get together as a as an industry and as, as organizations that understand what we do, and say, Hey, well, how do you do this? And what are you doing in this area? And so that's, that's a huge, that's a huge, huge part of it.

Given technological advances, some might question whether Christian missionary aviation is still needed. Dunn says it is.

DUNN: There's a lot of places around the world that just don't have the same thing that we have. And you don't have to go far. You can go down into Mexico and Guatemala and Honduras . . . we forget that there's a whole bigger world out there that that that needs to be affected needs to hear the gospel.