A superhero searches for love

The latest Marvel installment breathes life into a struggling franchise 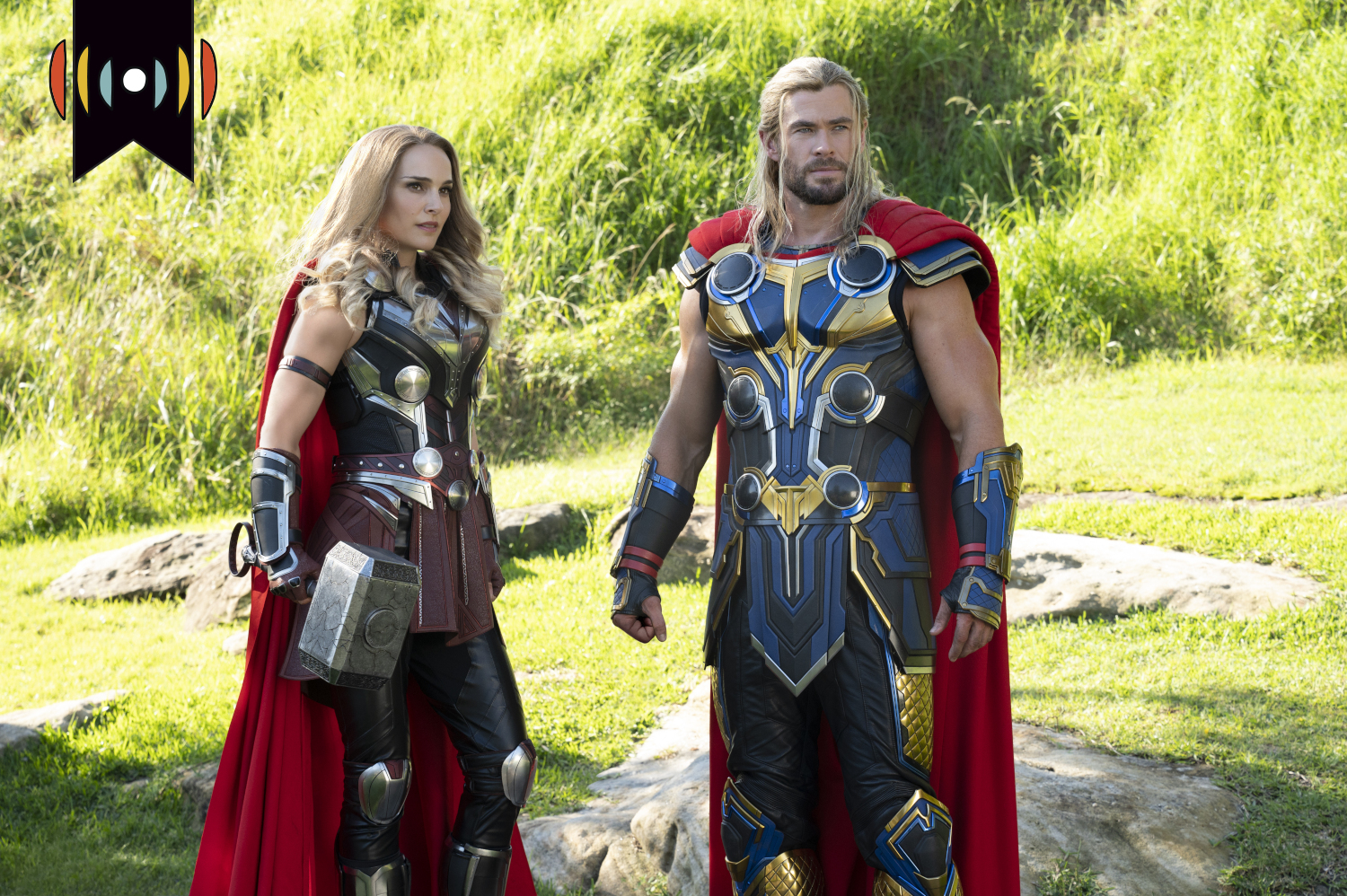 MYRNA BROWN, HOST: Today is Friday, July 8th. Thank you for turning to WORLD Radio to help start your day.

Thor: Love and Thunder debuts in theaters this weekend. It’s the latest installment in the Marvel Cinematic Universe, and Collin Garbarino says this film might just spark some life back into the struggling Avengers franchise.

COLLIN GARBARINO: Director Taika Waititi gave the ponderously self-important Thor a jolt of fun with 2017’s Thor: Ragnarok. Now Waititi reunites with actor Chris Hemsworth to give us the equally entertaining Thor: Love and Thunder. This 80s-rock-inspired joyride might help get Marvel back on track after the disappointing Eternals and Doctor Strange sequel.

Thor: These hands were once used for battle. Now they’re but humble tools for peace. I need to figure out exactly who I am.

In the aftermath of Avengers: Endgame, Thor finds himself adrift. He’s still a hero, but he’s become a wandering space Viking. He questions whether he has a larger purpose.

Yakan: You have finally joined our fight.

Thor: Well, as they say, better late than not at all.

Alien king: Yes, that’s very nice. As you know we used to live in a peaceful oasis, but then our gods were murdered.

This new evil shocks Thor out of his naval gazing. Gorr the God Butcher has begun killing the so-called gods of the Marvel universe, so Thor the Space Viking heads back to Earth to check in on his fellow Asgardians. But he’s brought up short when he runs into his ex-girlfriend Jane Foster.

Natalie Portman is back as the scientist Jane Foster, but this time there’s a twist. Jane has become a superhero in her own right, wielding Thor’s old hammer Mjolnir and calling herself the Mighty Thor. The original Thor has a lot to process.

Korg: So that’s the ex-girlfriend, is it?

Korg: The one that got away.

Thor: The one that got away.

Korg: It must be hard for you to see your ex-girlfriend and your ex-hammer hanging out and getting on so well.

Despite being a movie about magic hammers and space gods, Thor: Love and Thunder is a very funny film in which we see the protagonist wrestle with very human problems. Thor needs purpose and acceptance, and most of all, he’s looking for love. It’s terribly amusing to watch him navigate a love triangle with his ex-girlfriend and his magic hammer.

But despite the jokes and romance, this is a superhero movie in which villains must be vanquished.

Thor: They’re in the shadow realm.

Valkyrie: How do you know?

Thor: The atmosphere there has a darkness, like no other. It’s as if color fears to tread. It’s unmistakable.

Jane: Well then, if it’s color we need, let’s bring the rainbow.

Thor: Bring the rainbow? Is that a catchphrase or something?

Valkyrie: She’s only been a Thor for a minute. Saving lives, she’s quite good at, but the rest of it she needs work.

Thor: How many catchphrases have there been?

Christian Bale plays Gorr the God Butcher, and Gorr turns out to be one of Marvel’s more compelling villains. Gorr is scary, yet he manages to be sympathetic as well. Superhero movies are always more interesting when the bad guy thinks he’s a good guy.

Gorr has suffered greatly. And he ponders the classic problem of evil: If the gods are good and the gods are powerful, then why do bad things happen? Gorr concludes the gods must not be good.

Gorr: The only ones who gods care about is themselves. So this is my vow, all gods will die.

For the most part, the film confirms Gorr’s antipathy. When Thor and Jane try to enlist the help of other gods, they discover most are petty, self-indulgent, or downright wicked. It’s a depiction of the old gods that’s surprisingly consistent with 5th-century theologian Augustine of Hippo’s criticisms of pagan religion. Those old gods aren’t gods at all. The movie gets interestingly complicated when we see Thor risk his life, in part, to save a group of people who really don’t deserve it.

Thor: Tell them what happened here today. Tell of the time that Thor and his ragtag motley crew, misfit desperados turned the tide in the battle and etched their names in history. The odds may be against us, but I'll tell you this for free.

Thor: This ends here and now!

Thor: Love and Thunder is rated PG-13 for sci-fi action, language, and a scene in which Thor’s bare backside is played for laughs. There’s also a conversation in which a character talks about a same-sex romance that occurred in the past.

Sometimes the movie swings too wildly from its jokey side to its serious side, and there are points in which the dialogue borders on cliché. But Thor: Love and Thunder is a compelling sci-fi adventure that asks viewers to question whether the petty little gods we put our trust in are worthy of that trust—and it’s a humorous romantic comedy about finding love in surprising places.