A question of intentions

WORLD Radio - A question of intentions

The jury must decide whether Kyle Rittenhouse feared for his life

Judge Bruce Schroeder, left, Kyle Rittenhouse, center, along with his attorney Mark Richards watch an evidence video in question on a 4k television screen during proceedings at the Kenosha County Courthouse in Kenosha, Wis., on Nov. 12, 2021. Sean Krajacic/The Kenosha News via Associated Press 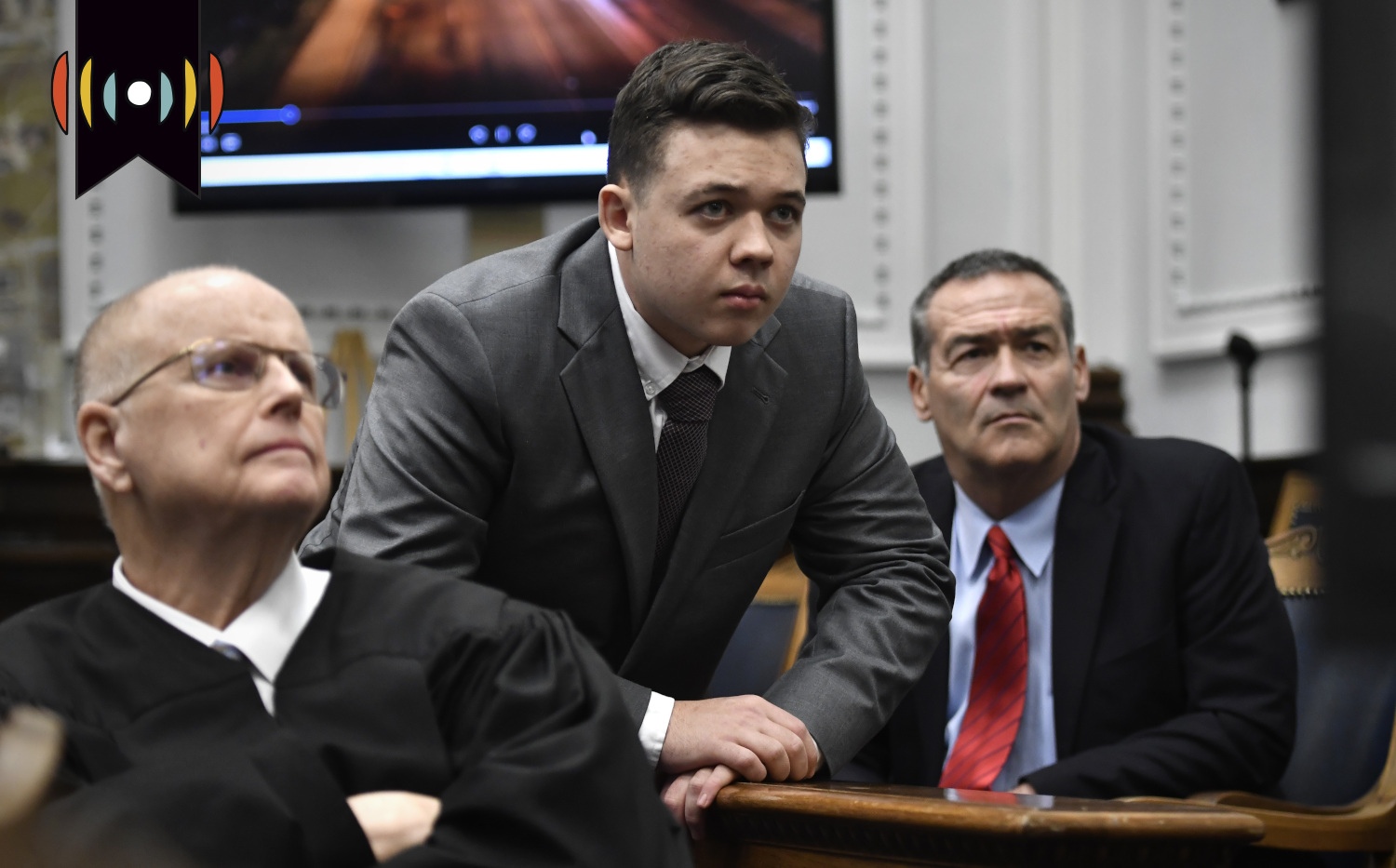 MARY REICHARD, HOST: Coming up next on The World and Everything in It: the trial of Kyle Rittenhouse.

Jurors in Kenosha deliberated for a second straight day on Wednesday preparing to decide his fate.

The now 18-year-old Rittenhouse showed up in the streets of Kenosha last August carrying a semi-automatic rifle amid ongoing protests and riots over a police shooting of a black man. Rittenhouse said he drove to Kenosha from his home 30 minutes away in Illinois to protect area businesses from looters.

BROWN: During an altercation with several men, he fatally shot two and wounded a third. He claims it was self-defense.

Rittenhouse faces five felony charges. The most serious is first-degree intentional homicide. If convicted of that charge, he faces a mandatory sentence of life in prison.

REICHARD: Joining us now to talk about it is Steve Meacham. He is an associate professor of criminal justice at Cedarville University in Ohio. He served for more than 30 years with the New York State Police as a trooper and later as a senior investigator with the state’s Bureau of Investigation. Professor, good morning!

REICHARD: Well, with your background as an investigator, let me start with a question about process. If you were an investigator in Wisconsin and were called upon to lead the investigation into this incident, what sort of things would you be looking for?

MEACHAM: Well, in this particular case, you have various crime scenes. And so it'd be really crucial and important to ensure that you actually secure each crime scene and begin to process what criminal evidence, what evidence would actually be helpful to determine what actually took place. And so that would be crucial. You need a lot of people to do that, given the chaos that was taking place in Kenosha at that time to be able to secure each of those scenes. So that would be the first step in the investigation. And then you'd begin to actually interview people, talk to witnesses, find out who saw what. Obviously, you'd want to try to find who it was that had actually shot the weapon, to actually find out who the perpetrator was in this particular act and track them down for sure. So lots of things to do from a physical evidence standpoint, but also from interviews and getting the proper information. It's all about collecting information, finding out the truth as far as what took place.

REICHARD: Okay, now the trying of this case is, of course, dependent on state law. And I’ll ask about the defense in a moment, but what did the prosecution have to prove here in order to get a felony conviction against Rittenhouse?

MEACHAM: Well, the prosecution had to prove beyond any reasonable doubt that Kyle Rittenhouse had actually committed murder. Intentional murder is what the top charge is here. Clearly, we have two people that died, in this case. But you have to understand that there's a difference between murder—the unlawfully killing of someone—and what is homicide. Homicide is by definition when somebody takes the life of another person. We clearly have two cases of homicide, but homicide can be justified. And if it's justified, then it's not unlawful. And so I think that's the key here. The prosecution actually had to prove that the killings took place in an unlawful, unjustified manner, that it was intentional murder.

REICHARD: Alright, now the judge in this case explained state law with regard to self-defense. He said a person may use deadly force only if he reasonably believed the force used was necessary to prevent imminent death or great bodily harm to his own person.

Is that the sum total of what Rittenhouse’s lawyer had to prove—that he feared for his life? Or was there more to it?

MEACHAM: Well, that is a necessary element to show that this was a case of self-defense. The defense attorney for Kyle Rittenhouse had to explain that Rittenhouse was actually under attack in each of these cases, that his life was in danger, or that he was possibly being subjected to a very serious physical injury and he felt the need to justify his actions by using deadly physical force in a way to stop that threat.

REICHARD: I noticed the prosecution’s trial strategy changed as the trial progressed, didn’t it? Why and how?

MEACHAM: Well, I think that the prosecution was facing an uphill battle and began to introduce certain things that seemed to be not really relevant to the case. And, you know, one of the issues was the fact that Kyle Rittenhouse was armed with this AR-15. But in fact, Kyle Rittenhouse had a legal right to actually possess a weapon. And, in fact, the judge threw out the count as far as the unlawful possession of a weapon charge. And so it tried to introduce that as well as other things, perhaps to show that Rittenhouse was there for purposes that, in the words of the prosecutor, I think, he indicated that he was there to kill. He had said to the jury in the courtroom, that there was only two people that were killed that night and they're both killed by Kyle Rittenhouse, without really providing the context and the understanding of the fact that Rittenhouse was actually pursued, chased down, before he shot Mr. Rosenbaum. And then in the same thing with the shooting that took place a short time thereafter. He again was attacked and knocked to the ground and hit with a skateboard and stomped on and then another person pointed a pistol at him. Those are indications that there is probably a good argument for self defense in those particular circumstances.

MEACHAM: Well, yeah, it's difficult to say. One of the things you want to do is try to protect the jury from any outside interference. And so if there's anything that's going to transpire with the media and cameras and such that may be impacting the jury, the judge will probably disallow that. And so in order for our system, our criminal justice system to work effectively here in our country, we got to make sure that we have an impartial jury that is not swayed by other things outside of what the facts are of every individual case, without being swayed by public opinion, or media, or anything like that.

REICHARD: Professor Steve Meacham with Cedarville University has been our guest. Professor, thanks so much!