A passion for pens

WORLD Radio - A passion for pens 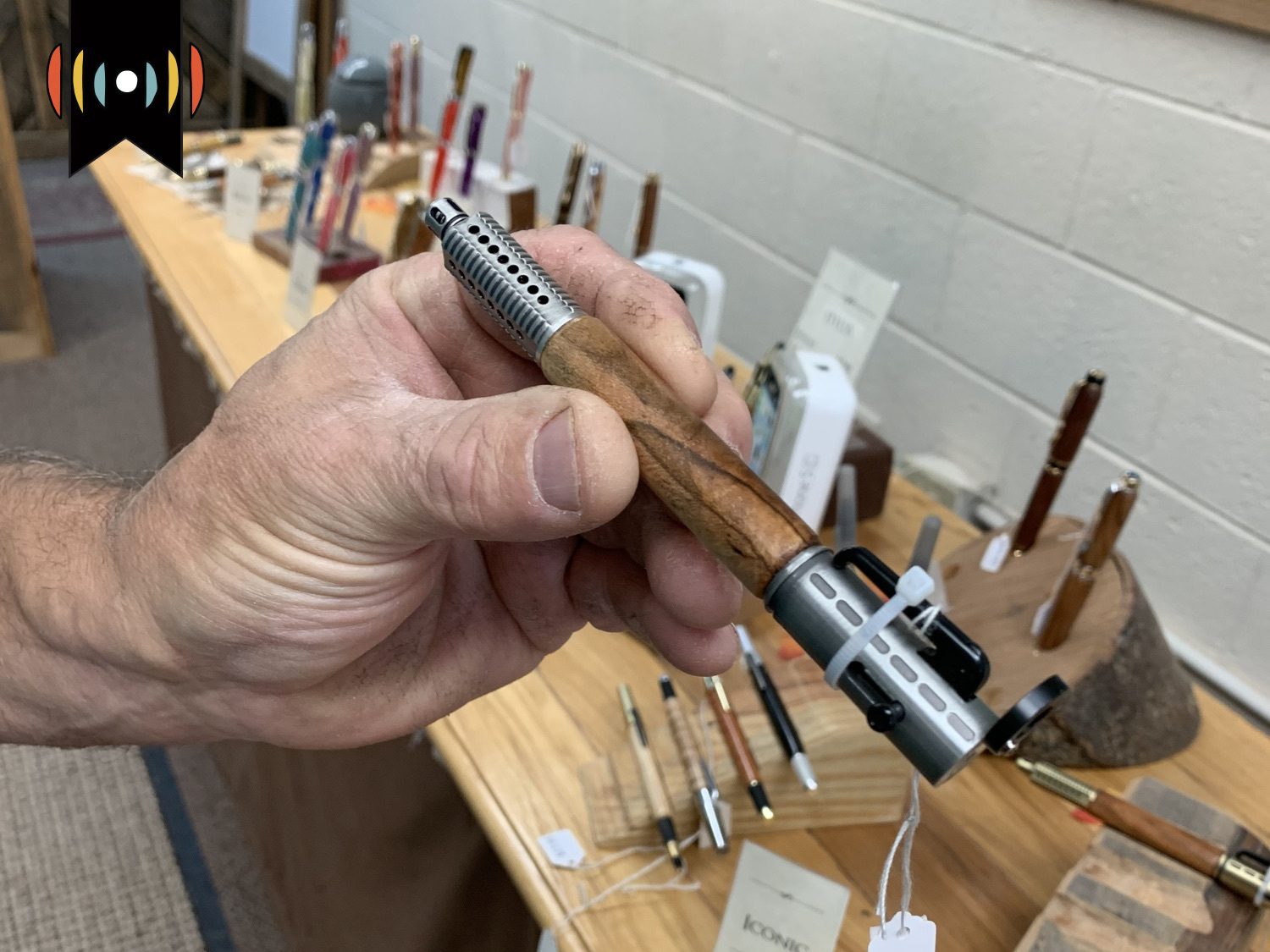 MARY REICHARD, HOST: Today is Tuesday, October 25th. Thank you for turning to WORLD Radio to help start your day.

NICK EICHER, HOST: And I’m Nick Eicher. Coming next on The World and Everything in It: The power of the pen.

A famous quote often attributed to Martin Luther says, “If you want to change the world, pick up your pen and write.” But which pen? Ballpoint? Fountain? Rollerball? Might not matter to some. But today, WORLD reporter Jenny Rough brings us the story of a man to whom it matters a great deal.

PAUL MORIN: I’m a pen maker. These are all handmade, hand crafted, one at a time, by me...

His theme pens are a bit hit.

MORIN: This will actually glow in the dark. It has the phases of the moon and the compass coordinates on it... I have skulls and dragons and bullet pens.

Morin makes his bullet pens from an actual bullet cartridge. On one, the click action of the pen works like a bolt action on a rifle, as if you’re chambering a round. Another pen slides to open in a movement that mimics a Colt 1911.

Not into guns? No problem. Whatever your interest, quirks, or preferences, Morin probably has a pen to match it. Everything from scuba diving to aromatherapy.

MORIN: There’s a little wick that comes with the pen when you buy it. You stick those wicks inside essential oils. They absorb the oil.

Slide the wick in the ink chamber, screw on the cap, and start working.

MORIN: So then when you write, if you like eucalyptus, you smell eucalyptus all day long.

Fountain pens are another big hit.

MORIN: They will actually wear to your hand. So it becomes your pen. It’s very personal.

But believe it or not, Morin’s favorite pen is a Bic.

MORIN: People laugh at me because I own a pen store and I love Bic pens. They’re very inexpensive. You can buy 100 of them at WAL-MART.

He’s designed a series of pens that act just like one.

Morin has noticed the way a person’s job often dictates his or her pen preference. Medical doctors and EMTs usually don’t like twist pens because they take two hands to open and close. They prefer click pens. Easy to operate with one hand while holding a prescription pad or clipboard with the other. Slip it back in the pocket. No spilled ink.

MORIN: Blue ink if you’re a realtor or a lawyer or something like that.

For years, Morin drove trucks for a living. He’d only tinker around with pen-making when he had extra time. But in 2014, Morin came off the road for good. That’s when his wife suggested turning his hobby into his livelihood.

MORIN: I have to be honest. I thought she was kinda a little bit crazy. I figured we’re in a world with computers and laptops and iPhones, and who wants a pen? But boy, was I surprised.

Morin’s workshop is attached to his retail store. He says it takes him about 40 minutes to make a simple pen. But a complex pen can take hours. He starts by selecting the material: wood or acrylics. He cuts, drills, and trims the body of the pen. Then he uses a lathe to chisel it down farther.

AUDIO: [Morin making a wood pen with his lathe]

The smell of red elm fills his workshop, along with shavings and dust. Next comes sanding, polishing, and finishing.

When Morin first opened his shop, he thought he had a brilliant idea: Sell pens with a story. For example, an olive wood pen designed for pastors.

MORIN: This is made with Bethlehem olive wood. They say the darker the grain, the older the wood. They’re from the pruning of the olive trees in Israel.

Pens with a story. But?

MORIN: But the strangest thing that’s happened over the years, that kind of failed. What has taken its place is pens with your story.

Pens with your story. Here’s what Morin means. Years ago, a little girl’s family house burned down. So the girl moved in with her aunt. The aunt’s house wasn’t modern, and she often told the girl: “Don’t forget to lock the door!” The lock was a stick that the girl would slip into a slot and twist. Years later, when the aunt’s house was torn down, the girl, now a grown woman, came to Morin with that stick. He made it into a pen. When she came to his shop to pick it up, she began to cry.

MORIN: I’m talking full-blown tears. Emotion like I’ve never seen before that I never thought would happen with a pen.

Morin had to go find some Kleenex.

MORIN: She said, I’ve got DNA in this wood. I’ve got splinters. I’ve bled on this thing.

A pen to one person. A priceless heirloom to another. Like a pen he made from an old treehouse.

Morin remembers the day a firefighter came in.

MORIN: A firefighter who was in the Gatlinburg fires. This is a firefighter pen. And it’s got an axe. [axe clicking] The firefighter came in, brought me his axe handle. They almost died in the fire. They had to dig him out. So I took the handle and I made him some firefighter pens.

As a Christian, he takes his inspiration from Jesus, the ultimate storyteller. One who spoke truth through stories to communicate in a deep and meaningful way.

Parables, beatitudes, sermons, and prayers meticulously written down by scribes with a quill pen.