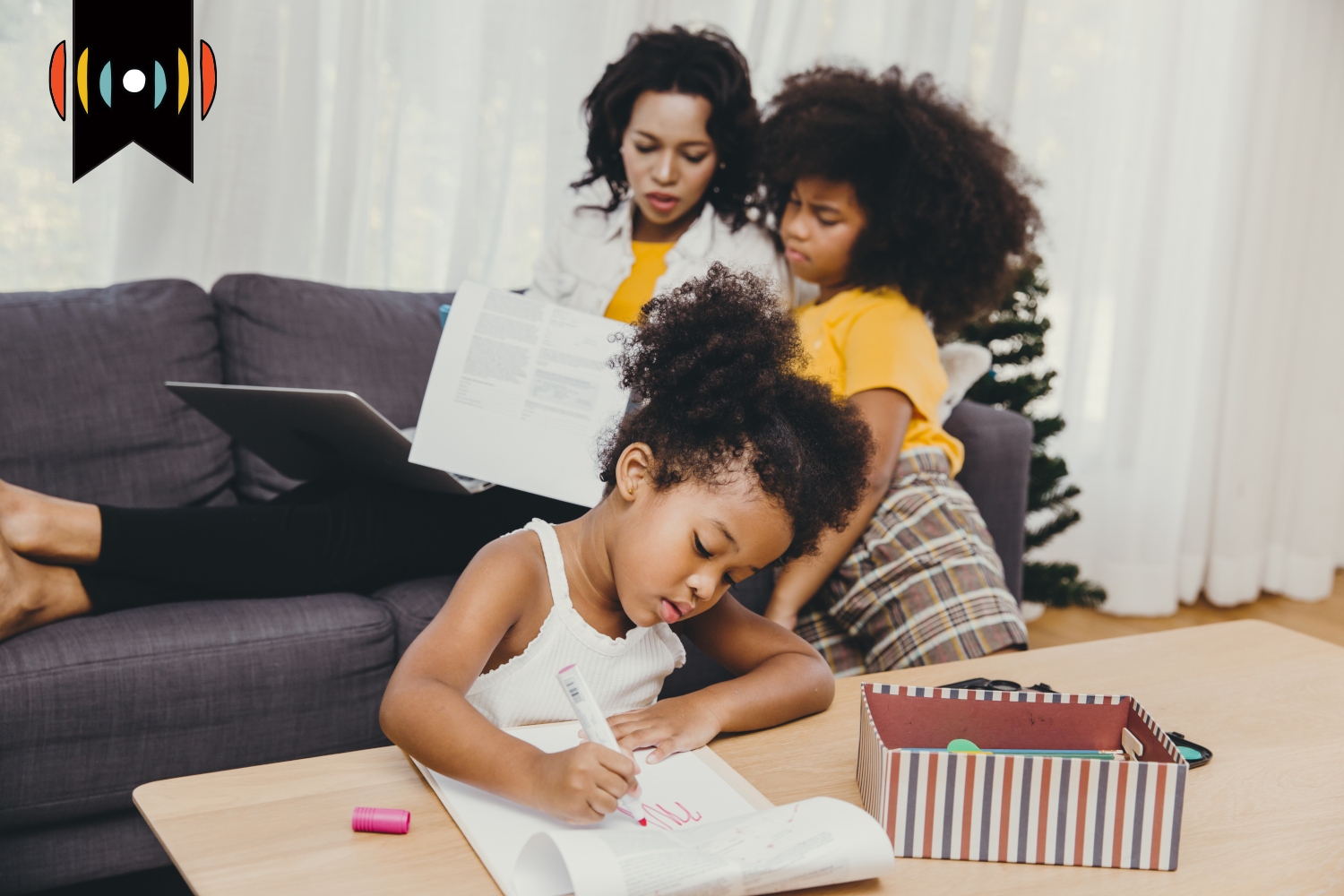 You’re listening to today’s edition of The World and Everything in It and we’re so glad to have you along with us. Good morning, I’m Mary Reichard.

As COVID-19 sent many students home in 2020, more and more families turned to homeschooling. But the jump was even more noticeable among African American families.

According to the Census Bureau, the percentage of black families educating children at home grew fivefold in just six months. In April 2020, just over 3 percent of black families homeschooled their children. A year and a half later, 16 percent.

REICHARD: Homeschooling statistics for this school year aren’t yet available, but some experts and homeschoolers think the trend could continue. WORLD correspondent Lauren Dunn reports.

LAUREN DUNN, REPORTER: Jasper and Deah Abbott’s son attended a public pre-k during the 2019-2020 school year. When schools went virtual in March 2020, Abbott said it was “kind of chaotic.” She and her husband prayed about what to do for their son’s kindergarten year.

But the Abbotts’ concerns about COVID-19 and virtual instruction convinced them to give homeschooling a try. They pulled their son out of public school in fall 2020, the weekend before he would have started kindergarten.

ABBOTT: I'm white, my husband is black. And so our son is mixed, but he also identifies as black.

Abbott had already planned to supplement her son’s education around his heritage if he went to public school. But with homeschooling, she found even more opportunities.

ABBOTT: I love imbuing heritage into what we're doing… He knows a little bit about every country in Africa, and he doesn't really know about Europe yet. And I love that that's an option because that's not necessarily the way a school system is normally set up.

Steven Duvall is the director of research at the Home School Legal Defense Association. He said that in previous years African American families homeschooled at about half the rate of white families. But more recent surveys show the black homeschooling rate is only a couple of percentage points behind that of white families.

That shift began even before 2020. According to a 2015 report by Brian Ray at the National Home Education Research Institute, the number of black homeschooling families “nearly doubled from 1999 to 2012.”

Khadijah Ali-Coleman was one of those families. She homeschooled her daughter off and on until her daughter graduated this past May. Ali-Coleman is also the co-founder of Black Family Homeschool Educators and Scholars. It’s a research group that provides virtual training for parents.

ALI-COLEMAN: But I will tell you anecdotally, that for many families, particularly those who were homeschooling before COVID-19, a number one reason why many families were pulling their children out of schools was because the lack of teaching about not only black history, but teaching history in a way that centers the experiences or even includes the experiences of people who are non white, in a way where they are contributors to the society, and where their existence doesn't begin with slavery and enslavement.

Emily Powell is a representative for National Black Home Educators. She told me new families are homeschooling for various reasons. Some chose to homeschool due to COVID-19 restrictions or virtual learning situations. Others are concerned about schools teaching critical race theory.

Homeschool mom Amber O’Neal Johnston said she has seen more black families involved since she started homeschooling about seven years ago. But the growth has really exploded in the past two years. In 2016, Johnston started Heritage Homeschoolers, a group for African American homeschoolers in the Atlanta area.

Before starting Heritage Homeschoolers, Johnston and her husband participated in another homeschool group. They enjoyed it, despite being the only black family. But their daughter began to say negative things about her own skin and hair and stopped playing with her black dolls.

JOHNSTON: I was very confused, because it's not like anyone had been mean to her or that they weren't including her in things. And I just didn't understand where it was coming from.

The Johnstons never left their first homeschooling group, but they decided to look for other black homeschooling families. Soon Heritage Homeschoolers was born, and it kept growing. It now serves 280 children from 94 families.

JOHNSTON: So it wasn't just my daughter who had this need. And since then I found that many of the black families in our community or families with black children in our community, also were experiencing similar problems and had a similar need.

When Deah Abbott began researching her homeschooling options, she found out about Heritage Homeschoolers.

ABBOTT: I had found Amber's site. And then I was like, Oh, wow, she is here. And there's a homeschool group for melanated kids. And so we hopped into that, right as we were hopping into homeschooling, and it's been really, really beautiful fit for us.

Abbott said that it is possible her son might return to public school at some point. But right now she can’t imagine not homeschooling. On a recent trip to Oklahoma, the family combined their travel with learning opportunities.

ABBOTT: And we saw prairie dogs. And we went to the top of Mount Scott. And we were looking at bison, and we were doing all this stuff. And my dad was with us. And at the end of the day, he was like, it felt really leisurely. We didn't feel rushed. I don't know how we did, everything we did, we did so much. We saw so much. And I told him, that is how homeschooling feels to me just about every day.

Amber O’Neal Johnston believes the uptick in homeschooling will continue, especially now that there are more support groups and options for single or working parents.

JOHNSTON: Parents have had an opportunity to see their children just flourish at home. So when everyone was forced to bring the kids home, black families in large numbers, saw how beautiful it was, and what it could look like, what life could be like. And also how happy the children were to be home with their parents.