A fresh face in Republican politics 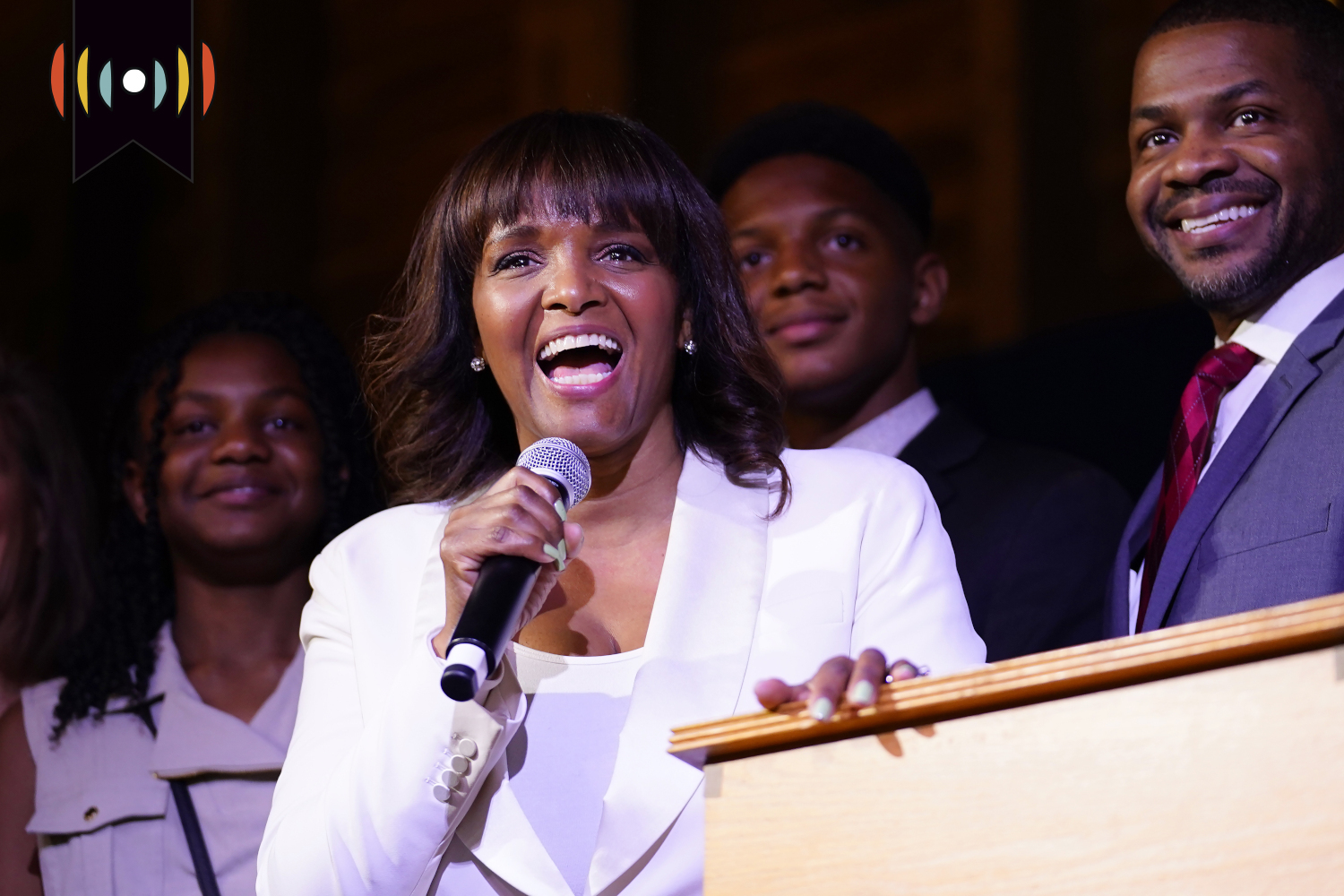 MYRNA BROWN, HOST: And I’m Myrna Brown. First up on The World and Everything in It: midterm elections.

Kathy Barnette was a relative newcomer to the political scene in Pennsylvania until this spring. In the final days of her U.S. Senate primary campaign, she shot into the national spotlight.

BUTLER: Barnette lost that race to fellow Republican Dr. Mehmet Oz, he is now up against Democrat John Fetterman for the Senate seat. But Barnette got an inside look at one of this year’s most talked-about Senate races. She recently sat down with WORLD Washington reporter Carolina Lumetta to talk about what she’s learned.

CAROLINA LUMETTA, REPORTER: Kathy Barnette said she never planned on running for political office. She recalled growing up in extreme poverty in Alabama, was the first in her family to graduate college, served in the United States Army Reserves and the National Guard, and homeschooled her children for a few years. She has been a political commentator and published a book on being a black conservative. Nowadays, she’s the spokesperson for the 1776 Action committee in between driving her two high school students to sports practices and taking care of the family chocolate lab. It’s a far different schedule from when she was criss-crossing Pennsylvania just months before, campaigning to be the state’s first female, black senator.

BARNETTE: I am a black woman, married to a black man raising black babies, and is very different when I compare how I grew up and truly in dire straits, relative to how my own children are growing up. I again, I don't recall anyone ever looking at me and saying, Kathy, you're black, you're a woman. You're poor. All the odds are against you. You might as well hang it up, right? I grew up understanding and my family talking about the reality of slavery. I mean, my great, great, great grandmother was a slave, and listening to the news with my grandma with my grandparents every night, just kind of paying attention. And I always felt inclined to just listen to it. So I always have some kind of inclination of being interested in the world around me and how politics shaped that world...

Barnette grew up watching documentaries about how black people were shunned from voting. She recalled excitedly standing in line to vote at age 18, armed with research on all the candidates. She then voted straight-ticket Democrat. But over the course of the next couple years, Barnette said she realized the conservative, Christian values she grew up with were not reflected in the party everyone assumed she should be in.

BARNETTE: I was born into the Democrat party just like I was born into brown skin. No one ever talked about it and no one ever talked about, you know which party you are gonna vote for. It was just what you did. And although I was so excited to finally vote and so excited to take part in this civic opportunity as an American, and I read about the people who were running. And yet, I still walked right in and voted straight Democrat. But now I was on this cusp of this really this new realization of understanding what my values are, and being determined to vote those things responsibly. And of course, I found that to be more so within the Republican Party than the Democrat party.

Barnette learned still more about the Grand ‘Ole Party when she started campaigning, first in 2020 for the U.S. House, and then in 2022 for the U.S. Senate.

BARNETTE: I would often say to people, there is no one coming to save you, right? There's no one coming to rescue us, especially those two years living here in Pennsylvania, where Tom Wolf, the governor, was shutting down businesses, shutting down schools, people being forced to take a job, whether they wanted to or not. And a lot of Republicans looking to the Republican Party, say, Hello, we voted for you to stand up for us, and not seen anyone really stepped forward in a meaningful way.

In the final few weeks of her campaign, media sources often called Barnette an “Ultra-MAGA” candidate, which she confirmed. I asked her then why Trump, the founder of the MAGA movement, did not endorse her.

BARNETTE: I think there's an awakening of people who recognize that, you know, with all the good that Trump did, and he did a tremendous amount of good, I will never knock that. I don't have anything critical to say about the policies he put in place when he was in office. I agreed with all of them. And yet, he has a tremendous amount of influence. My hope is that he matures, and the realization of that influence and use it wisely. I don't believe he, in all cases, has used that influence wisely in making critical endorsements across our country. My hope is that he protects that voice and that influence because it's not a given. It's not a given, he's not our savior. We never aligned with his values. Ultra-Maga to me means gas being $1.89 a gallon. Ultra Maga to me means a secure border, that we know who's coming into our country, that we know where they're going, how they're going to take care of themselves, if they even like us or not. Ultra Maga means my children get to go to school without someone telling them they're a victim because of the color of their skin.

Barnette told me that her faith motivates her political activity.

BARNETTE: I believe that God has a role for America. And all of this I do. This is where my hope primarily comes from, is the fact that I don't believe that this is the end of this great experiment. I heard a couple of our political leaders say America is an idea. America is not just an idea, America has a border. It has some it's the location, look on the map. There it is. And it has these I've mentioned it a couple of times traditional American values that have made us strong. And so I do not believe that it is his hypocrisy, to be able to say, I believe that our strength is in our diversity, and our openness. And I do not believe in a Christian nationalism. But at the exact same time, I do believe that there are some traditional American values that we should hold on to, and preserve and that these things are right, and we should fight for them.

BROWN: For a longer version of this interview, check out Carolina’s coverage in her weekly newsletter, The Stew. Visit wng.org/newsletters to sign up.