A dress of great price

Mrs. Harris Goes to Paris is a story about kindness, honesty, and sacrifice 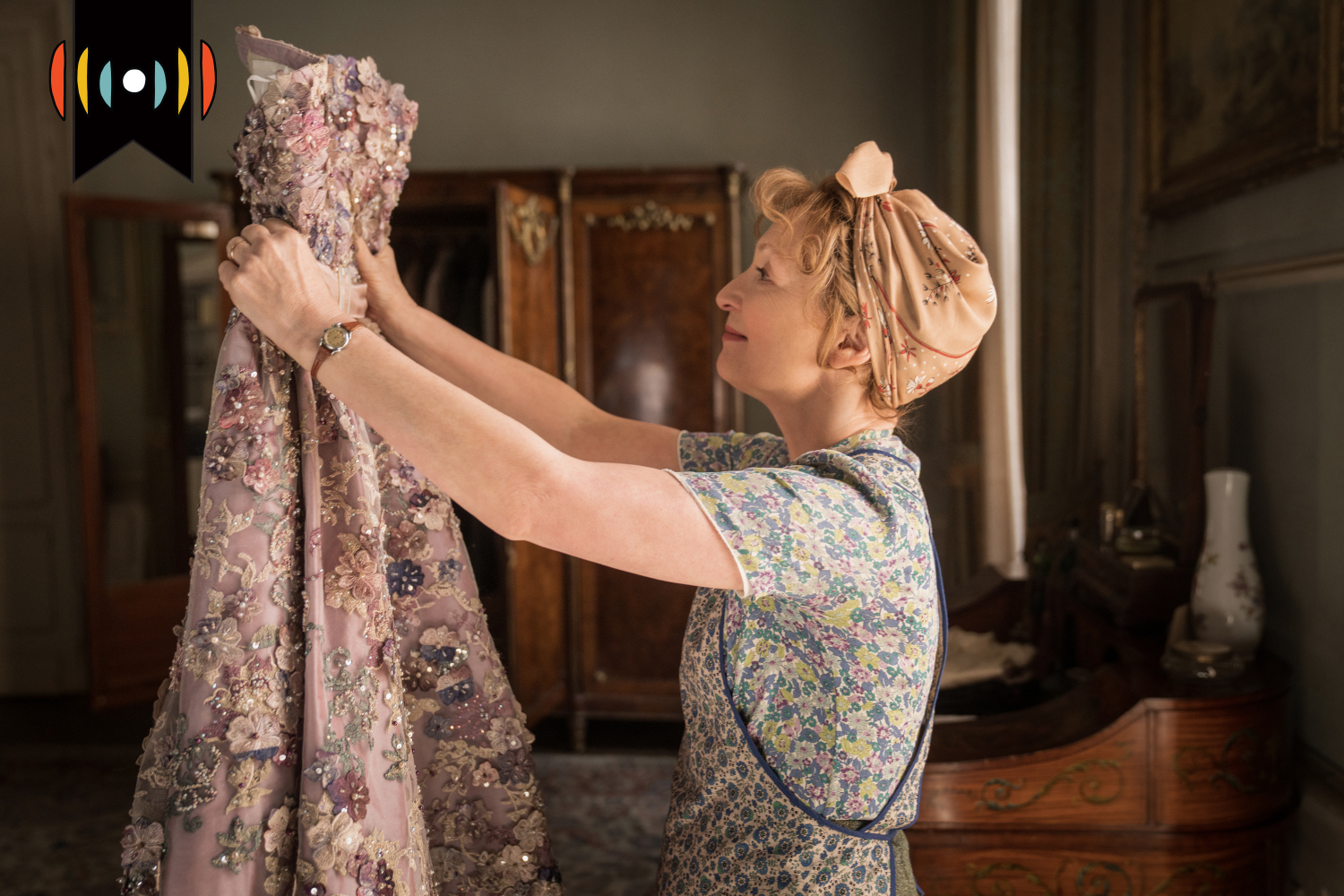 MYRNA BROWN, HOST: Today is Friday, July 29th. Thank you for turning to WORLD Radio to help start your day.

NICK EICHER, HOST: And I’m Nick Eicher. Up next, arts and media editor Collin Garbarino reviews a film currently in theaters. It’s about not just following your dreams but helping others along the way.

COLLIN GARBARINO: Mrs. Harris Goes to Paris is a charming adaptation of Paul Gallico’s 1958 novel of the same name. At first glance, the movie seems like a Cinderella story for older folks—a humble cleaning lady embarks on an adventure to buy a life-changing dress—but this middle-aged Cinderella turns out to be something of a fairy godmother herself.

Archie: Why do you stick with her who’s so crabby.

Vi: Trouble with this one—she always speak the truth. Can’t help herself.

Archie: That is a terrible affliction. All right behave yourself ladies. I’ll be watching you.

Her life has been on hold since World War II ended, but she finds new purpose after seeing her employer’s custom-made Christian Dior gown. Mrs. Harris decides she must have one too, but a Dior dress’s 500-pound price tag is an impossibly large expense for someone like her. The determined Mrs. Harris scrimps and saves, and after an unexpected windfall, she heads to Paris to claim her gown.

But Mrs. Harris isn’t prepared for the world of haute couture at the House of Dior, and purchasing a gown proves more complicated than expected.

Andre: Please let me escort you out.

Mrs. Harris: No, no, no. Hang on a minute. I’ve come miles. Saved every penny scrubbing floors and I don’t know what, so I can buy this frock.

Madame Colbert: A Christian Dior is not for pennies. [speaking French]

Mrs. Harris: Right. If you think I ain't got the money. There.

Some members of Paris’s high society resent the disruption her simple virtues bring to their image-conscious world. But others embrace the good-natured Mrs. Harris, inspired by her honesty and love of others.

Marquis: Excuse me cher madame, but it would be my honor to have you view the collection as my guest. There you are. Merci. Shall we?

Mrs. Harris’s quest for a luxurious dress might sound like a frivolous plot device, but the movie doesn’t endorse materialism. Mrs. Harris doesn’t pretend the dress will make her a better person. And no one, including Mrs. Harris, understands why she wants one.

Madame Colbert: This Dior dress that you admire so much. Where will you wear it? At the opera ball or Queen Charlotte’s? Will you wear it to polish floors or will you keep it shut in your wardrobe? A Dior dress is designed to astonish and delight. How will you do that, Mrs. Harris? Forgive me for saying this, but you are nobody. Invisible. How will you give this dress the life it deserves?

She wants it because it’s beautiful. Her desire for a Dior dress reminded me of Jesus' parable about the pearl of great price. There’s a certain charm to Mrs. Harris’s pursuit of beauty for its own sake.

And the movie doesn’t glamorize the wealthy, fashionable lifestyle at the expense of ordinary life. It’s quite the opposite. Parisian high society isn’t a happy society. The dream makers at the House of Dior create beauty, but they don’t necessarily know who they are and what they want.

Andre: If you can have this, why do you need Dior? Haute couture is a vanity for us and our clients. In truth, I don’t think the House of Dior can survive.

Mrs. Harris: No, love. That would be a tragedy. You can’t allow that to happen.

Andre: Well, I have an idea, but it requires a new way of thinking.

Mrs. Harris: What? Bossy boots in the way?

Mrs. Harris: Yes, and you know what it says, so you have to do something about it. I know you can, you’re ever so clever.

Andre: You’re the only one who believes.

The high and mighty lack the wisdom that comes with humility. It’s this wisdom that Mrs. Harris possesses in abundance, and through love she shares it with others.

Mrs. Harris Goes to Paris is full of beauty and wit. And Lesley Manville gives a superb performance in the title role. It’s rated PG—mostly because the characters consume alcohol and smoke cigarettes. But the film is fairly wholesome, though in one scene Mrs. Harris’ new French friends bring her to a burlesque show in which women dance in their undergarments.

But on the whole, Mrs. Harris Goes to Paris is a delightful movie, with a heartwarming story about people audiences will fall in love with.

Mrs. Harris: It’s not sewing. It’s making moonlight. Have I gone to heaven?

This mid-century fairy tale reminds us that beauty is important and that kindness, honesty, and sacrifice for others are the keys to a meaningful life. Mrs. Harris gives us a glimpse of the true, the good, and the beautiful.