A blast from the past

WORLD Radio - A blast from the past 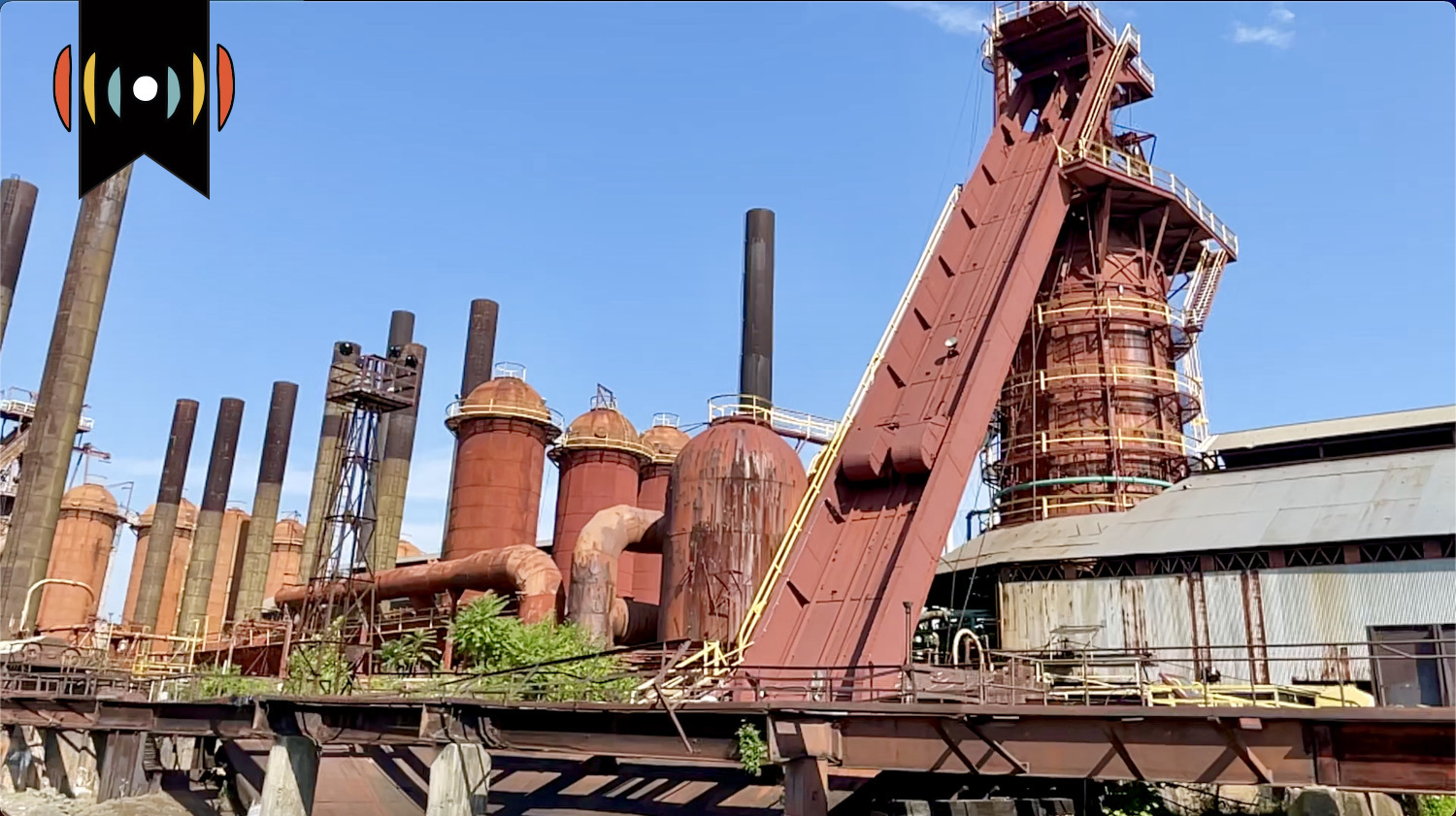 This is The World and Everything in It from listener-supported World Radio. Good morning. I’m Mary Reichard.

It’s not every day that you get to touch and feel a relic from the past while people who used that relic tell you about it! WORLD’s Myrna Brown did that and she came away with a story about people in one southern city who made their mark on the American Industrial Revolution.

MYRNA BROWN CORRESPONDENT: Standing at least 115 feet high, two brownish-red furnaces dominate the skyline. Connected to them, 15 acres of pipes and machinery. As I pull into the long driveway that parallels this massive mound of steel and brick, familiar sounds from the nearby railroad bring to mind an era gone by.

TY MALUGANI: This is the only museum like it in the country where they took a furnace site like this in the 20th century and turned the site into a museum.

Ty Malugani is the keeper of this national historic landmark. Malugani leads tours and answers questions from students, families and curious reporters about producing iron—found in everything from railroads and stoves to your grandmother’s cast iron skillet.

MYRNA TO MALUGANI: So, what I’m pointing at right now is the furnace? No. That’s the furnace.

The original cylinder-like furnaces were built in 1882, under the leadership of Colonel James Withers Sloss. After the Civil war, Sloss and other land developers began exploring a region called Jones Valley, present day Birmingham, Alabama.

MALUGANI: Birmingham wouldn’t be here if it weren’t for the rocks found in this area. The main rocks are iron/ore, limestone and coal. And these are the three main ingredients you need to make iron.

Northern states, like Pennsylvania, had already been producing iron, taking the lead in the American Industrial Revolution. In the South, cotton was king, until others discovered the ingredients necessary for producing iron here.

MALUGANI: It’s really one of the only places in the world where they’re all found this close together. They were able to own their own iron/ore, their own limestone, their own coal. They didn’t have to pay another company to get those things out.

Instead, Colonel Sloss simply started his own company. Within two decades, Sloss Furnaces became the world’s largest manufacturer of pig iron, a nick-name for crude iron produced in the blast furnaces that still stand today.

MALUGANI: And so what’s behind me are the boilers, which would create steam to power the machines throughout the site. I’m standing next to the hot blast stoves, tall, silo-looking things that are heating up air to be pumped into the furnaces to make them more efficient.

Often the furnaces would reach temperatures up to 3,800 degrees, which made summers at Sloss dangerous.

MALUGANI: All the staircases have metal handrails. They said with these machines running, sometimes the metal would get so hot, they couldn’t use them because the metal would burn their hands.

MALUGANI: How brilliant these men were at their jobs. That they were able to keep the site running with very little training is a very important part of this story.

The University of Alabama at Birmingham captured a part of that story in 1984 through oral histories of the men who worked the furnace.

INTERVIEWER: Testing for sound, testing for sound. Would you start by giving me your full name…David Allen Sr. and I was born in Andalusia, Alabama in 1909. Frank Campbell Jr….Joel Ben Brooks…

These are the voices of former Sloss Furnaces workers. A then 75-year-old David Allen Sr. was a father of six and a man of faith who worked as a fireman in the furnace.

ALLEN: The furnace burns you up. I got marks on me now. But God do it. He meets your needs. I searched the Bible and I can’t see no where it says he meets your wants.

Mississippi-born Ulysses Anderson worked at Sloss for 15 years as a laborer.

ANDERSON: Whew, my foot got so hot. Now, I wanted to quit. When you are trying to be a man, you don’t call it hard work. When you got children. I had one child and I was trying to make a way for her.

Along with the physical demands, Frank Campbell, a painter and carpenter, described other limitations forced on the company's black workers.

CAMPBELL: They had a white job over there and a colored job. Some of ’em treat you fair. Some of ’em didn’t. But that was the rules and regulations. And nobody didn’t say much about it, but if you got to be disagreeable, they’d run you away from here.

Despite the segregated spaces at Sloss that mirrored the culture of that era, many of the men interviewed recalled the unspoken brotherhood that existed and even eclipsed skin color. Here’s David Allen Sr. again and veteran stove tender, John Cherneski.

CHERNESKI: If the furnace blew up, you’d reach in there. You wouldn’t think about your own life. You can’t explain it. You have to work on a blast furnace to know that. I didn’t care if he was black and he didn’t care if I was white. If I was in trouble, he automatically helped me and brought me out of there.

ALLEN: There’s a devil in that furnace and ya’ll got to keep it going. You better get together. And who gonna pick you up when you fall out?

Back at the site and nearing the end of my tour, Ty Malugani says that same solidarity helped save Sloss Furnaces when it closed in 1971.

MALUGANI: The market for pig iron was dying so you have plastics and other materials starting to replace cast iron products.

Unsure about what to do next, the city began planning for the site’s demolition.

MANUGANI: When the people of Birmingham heard about this plan, they got very upset. They formed the Sloss Furnaces Association and the people are what saved this site.

Sloss Furnaces became a museum in 1983, a decade after long-time boiler maker and foreman,V. W. Johnson put away his goggles and steel toe boots for the last time.

V.W. JOHNSON: Driving by when I come down First Avenue there, I mean, I just look and I can just live everything that happened while we was working in here. All them memories. I don’t reckon they’ll ever leave you.

EICHER: If you’d like to see what a blast furnace looks like, you can check out Myrna’s companion piece she produced for WORLD Watch, our video news program for students. We’ll post a link in today’s transcript.