A battle of inches

WORLD Radio - A battle of inches

Russia’s bogged down in Ukraine with no end in sight 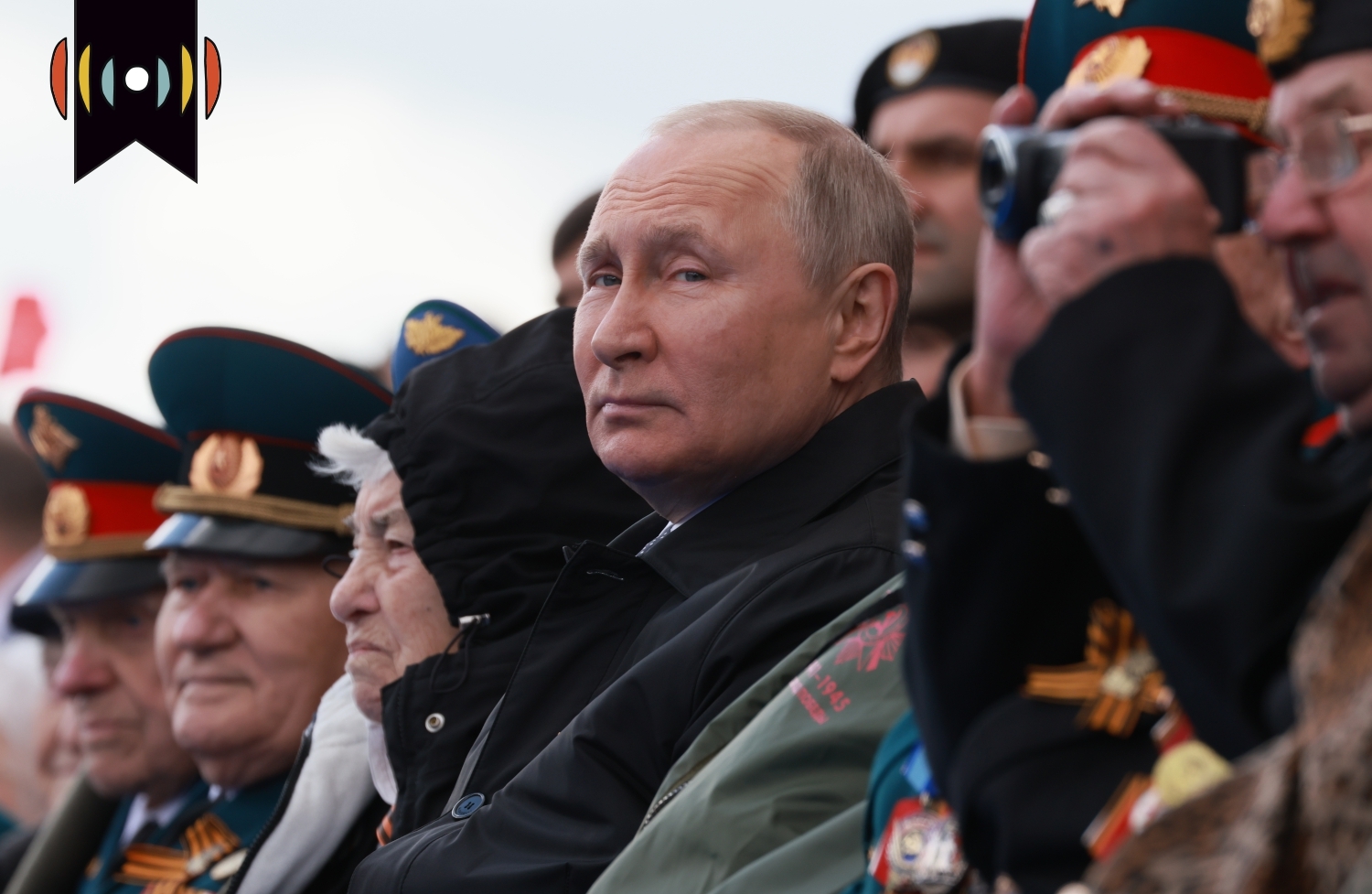 NICK EICHER, HOST: Coming up next on The World and Everything in It: Russian lies and negotiations.

As we reported a short time ago, Vladimir Putin addressed the Russian people as the country marked its annual Victory Day speech. The military parade commemorates the Russian victory over Nazi Germany in 1945.

MARY REICHARD, HOST: What can we glean from Putin’s remarks on Monday, as well as other recent remarks by Russian leaders?

And despite the rhetoric, are we any closer to a negotiated end to the war in Ukraine?

EICHER: Joining us now to talk about it is Dalibor Rohac.

He’s the author of the book In Defense of Globalism. He’s an expert on geopolitics in and around Europe. He’s testified before the House Foreign Affairs Committee and he’s briefed the U.S. Helsinki Commission.

DALIBOR ROHAC, GUEST: Mary, great to be with you. Thanks for having me.

REICHARD: Well about that speech. What did you take away from it?

ROHAC: I think the most important observation is that the military parade and the speech were a somewhat subdued affair by Russian standards, by the standards of the Kremlin. Clearly, Putin is not winning in Ukraine. And we saw the absence of military airplanes, supposedly for bad weather. We saw Putin talking about, essentially, his paranoia about this sort of idea that the West was about to attack Russia, and that Russia had to defend itself. But we saw very little in terms of the sort of big announcement that some people were bracing for, whether declaring mobilization and declaring war on Ukraine, which would enable Putin to summon all the reservists in Russia, or reaching out and trying to find some sort of negotiated settlement with Ukraine. I think he is in the corner that he boxed himself into and he's just going to try to kick the can down the road.

REICHARD: Putin has worked very hard to control the messaging within Russia. He’s repeated a lot of lies, such as the idea that Ukraine is controlled by Nazis and the press in Russia is not allowed to dispute him. Do most Russians believe this is a just war?

ROHAC: It is very hard to gauge what the collective mood is in Russia. And clearly there are differences between big cities and the countryside. But in an autocratic system, in an unfree country, people don't respond truthfully to opinion polls the way they would respond in, say, the United States or in democratic societies of Europe. So it's very hard to sort of see where most Russians stand on this. Given the incredibly high casualty rate, maybe 25,000 Russian soldiers have been already killed in the fight in Ukraine, it is, I think, reasonable to assume that there is a slowly but surely building constituency opposing the war, which is not politically organized, but might represent over time a massive weakness for the regime.

REICHARD: I’m wondering about the reality on the ground such as has Russia had any strategic gains? Or has Ukraine regained any of its territory?

ROHAC: Over the past three or so weeks, the fighting has been concentrated in eastern Ukraine and a lot of it has been kind of static with very little advances made by the Russians, although they have strengthened the military presence there, redeploying all these battalion tactical groups from around Kyiv to the east of Ukraine. But clearly these units are depleted, are facing significant morale problems, suffered very high casualty rates in earlier fights. So, it looks like Russians are unable to actually advance any further than they currently are. On the other hand, there have been some minor counter-offensives on the Ukrainian side. But, again, the fighting is not of the same sort of intensity we saw in the earlier weeks of the war. Maybe with the exception of the fight for Mariupol, which seems to be nearing its end.

REICHARD: What has the West gotten right, and what has it gotten wrong in terms of its role in helping bring the war to an end?

ROHAC: One thing that played an important role, I think, in the early days, particularly even in the build up to the invasion was the new approach taken by particularly U.S. intelligence services, with regard to information warfare. So in the past, Russia sort of enjoyed the first mover's advantage in situations like these, even when the U.S. or other Western allies were aware of its intentions. This time around, the U.S. government decided to broadcast very loudly, very clearly what Russians intentions were. And I thought that that actually played a helpful role in taking off some of the momentum from Russia's actions and spoiling the element of surprise and just sort of making Russian lies more transparent. So that's certainly something that we get right.

Also, building up this vast Western coalition in support of Ukraine, ranging from the United States through Western Europe, and through indeed, much of Europe, all the way to Australia, which is sending military equipment, I think, is one of the successes of this administration. On the other hand, given how far the United States and other allies have been willing to go in support of Ukraine, it really is a shame that that had not been articulated before the invasion, because it could have possibly prevented the invasion if we were able to signal credibly to the Russians, that there will be real consequences—not just talk—but real consequences in terms of arming Ukrainians, in terms of slapping very painful sanctions on Russia, on its oligarchs, on its banking sector, financial industry, etcetera. Maybe this would not have deterred Putin, but it could have and we will never know. We'll never be able to run that experiment again.

REICHARD: Dalibor Rohac is a senior fellow with the American Enterprise Institute. Thanks so much!

ROHAC: Thank you so much for having me.