The transgender revolution and the death of truth

One day in the future, Americans will come to realize that the great denial of truth can be traced to a swimming pool. Just days ago, the University of Pennsylvania athlete identified as Lia Thomas won an NCAA championship in women’s swimming. This came after a season of controversy in which Thomas, who had previously competed on Penn’s men’s swimming team, dominated many women’s competitions, soundly defeating other swimmers.

Of course, those other swimmers were women. The participation of Lia Thomas, formerly known as Will Thomas, on the women’s swim team was only possible because of an exercise in mass delusion and ideological corruption. All it takes is one photograph to make the point clearly. Lia Thomas is a constructed identity, affirmed by the University of Pennsylvania, the NCAA, and the cultural powers that be. Lia Thomas is a man, a confused man to be sure, but a man nevertheless.

The case of this collegiate swimmer reveals the deep insanity that now grips our culture. The cultural elites, including the administrators of universities, the leaders of organized sport, the media, Hollywood, the therapeutic industry, and all manner of self-declared influencers now insist that spectators look at a man swimming on a women’s team and call the man a woman. They also demand that women who have committed their lives to women’s athletic competitions must give way on the victory stand to a man who now declares himself to be a woman.

Furthermore, the elites demand that the entire society must join in the exercise in mass delusion and celebrate Thomas’ wins as a great civilizational achievement. The perfectly named professor Cheryl Cooky of Purdue University, who teaches “American studies and women’s, gender, and sexuality studies,” declared that Thomas must be “embraced in the history of progress that sports represent and recognized as the trailblazer that she is.”

Clearly, some of Thomas’ teammates did not get the memo, nor did their friends and parents. These women, who had worked for years to achieve success in athletic achievement, saw their years of hard work and dedication to women’s sports drowned in a deep pool of ideological insanity. Many of them offered a public protest. Some of their parents raised protests of their own. Famous women of the sports world demanded a return to sanity and the restriction of women’s sporting events to biological women.

But sporting authorities, who had for decades demanded both respect and support for women’s athletic teams, had already caved to the sexual revolutionaries and the gender theorists. Having surrendered so many times in the past, how could they resist surrender now?

Consider a school like the University of Pennsylvania, whose motto, ironically enough, is Leges sine moribus vanae, which means “Laws without morals are useless.” That motto assumes a rational world in which, for example, the distinction between male and female is clear and honored. But the academic world has already abdicated right reason and now manufactures the mass delusion. Denizens of the corporate boardrooms surrendered long ago. Except for a few conservative governors and courageous voices, most politicians want to avoid taking any stand on the issue.

Furthermore, many of those who declare themselves utterly shocked and appalled by the sight of a transgender swimmer taking a women’s swimming championship demand nothing more than a carve-out for women’s sport. Many insist that they are all for the LGBTQ revolution, except not for this. 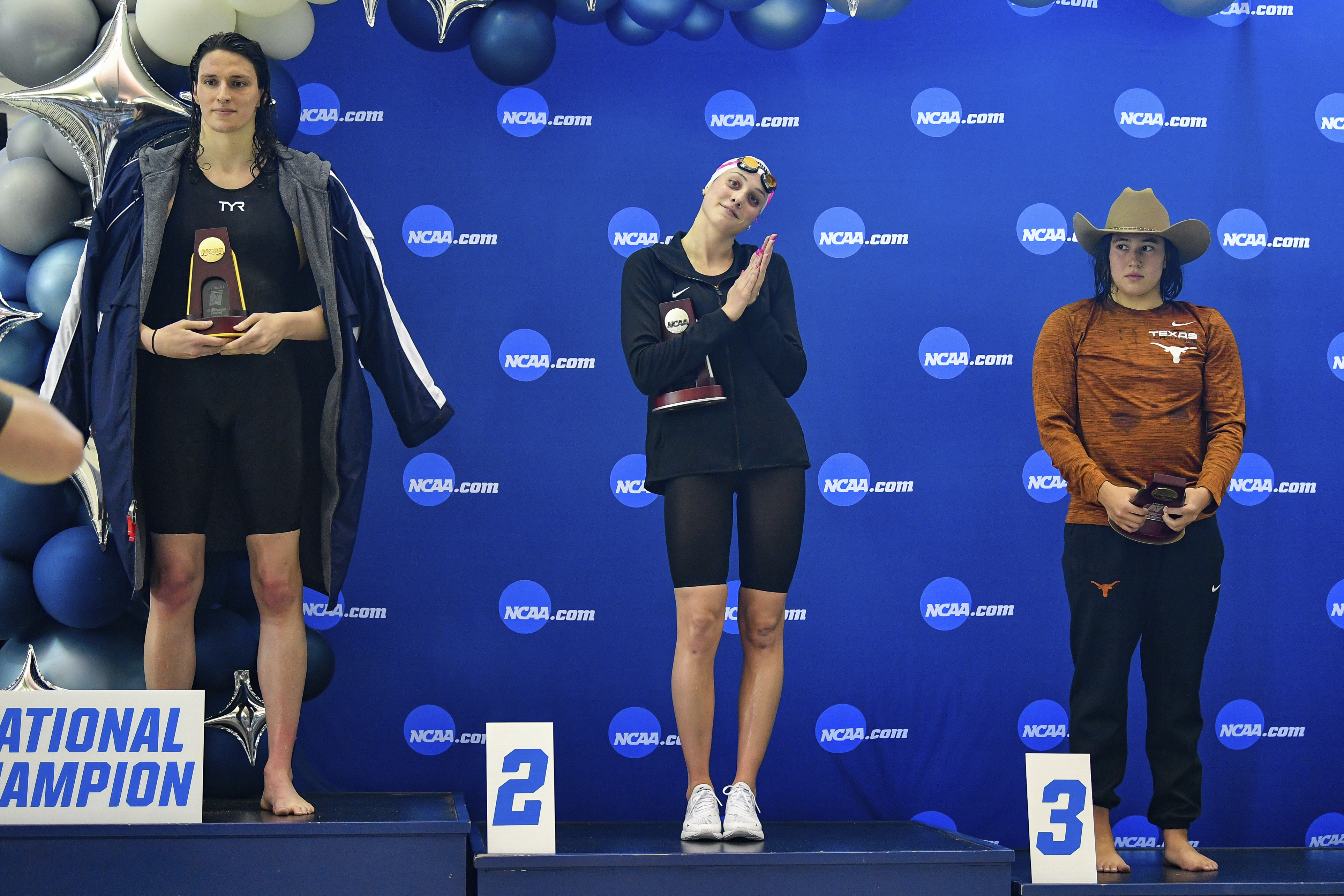 Of course, if you buy the revolution you get revolution, and the revolt is going to run right over your cherished world of women’s athletics. Professor Cooky, by the way, describes the premise of sporting teams restricted to women and girls as undergirded by “claims of biological difference.” Biology is now just a claim. Everything is socially constructed. Reality is just an argument. Oh, but “trust the science.”

Identity politics, therapeutic technique, claims of sexual liberation, and the ideologies of critical theory come together in a broad-shouldered possessor of XY chromosomes who catapulted from the middle ranks of male swimmers to the top rank among women by claiming to be a woman.

In a Sports Illustrated cover story (of course), Thomas expressed relief in now being able “to finally live an authentic life.” That definition of authenticity, however, requires the abandonment of the authenticity revealed in creation, of the authenticity that underlies human social order, and of any authentic rendering of girl’s and women’s sports.

Christian concern requires that we see the swimmer identified as Lia Thomas as a human being made in God’s image, deserving of our concern. But that concern cannot justify a blatant attempt to undermine the very order of creation. The Bible reveals that any attempt to subvert creation ends in disaster, not in human liberation.

Our society stands on the brink of that disaster. The great question remaining is whether there is enough sanity and courage left in our society to avoid the total abdication of truth. It is now plain to see that we face a demand to jump into the deep end of a pool of mass delusion. Whatever it takes, summon the courage to resist that dive.

Albert Mohler is president of The Southern Baptist Theological Seminary and Boyce College and editor of WORLD Opinions. He is also president of the Evangelical Theological Society and host of The Briefing and Thinking in Public. He is the author of several books, including The Gathering Storm: Secularism, Culture, and the Church. He is the seminary’s Centennial Professor of Christian Thought and a minister, having served as pastor and staff minister of several Southern Baptist churches.