Hardened rhetoric in the U.K. doesn’t change the fact that every human life is precious

A pro-life demonstrator holds a sign during a rally in Parliament Sqaure in London, England, on Oct. 27. Associated Press/Photo by Alastair Grant

Even for the irreligious and the unchurched, life is beautiful. Life is a gift everyone can perceive.

Why, then, do we not do more to protect every new life?

The child in the womb is a living miracle. There is no appropriate time to end that miracle; there is no safe time to kill that life. Instead of arguing over whether it’s better to do so at 23 weeks or 24 weeks, surely, we should be zooming out and reflecting on how we got here in the first place? If someone feels abortion is their only answer, we are asking the wrong questions.

It still takes two to tango. Men need to step up to the mark more and take responsibility. With that responsibility comes a right to partake in the conversation. When deciding a child’s future, both parents should get a say. “No womb, no voice” is an ignorant chant used to shut down a very important conversation.

Birth is a consequence of sex. That basic biological fact used to be understood by all. When two people are married, their natural drive toward bodily union is what naturally leads to the start of a family. Since the sexual revolution, sex has become a commodity in the pursuit of personal pleasure, and as a result, people are lonelier and sadder. If one doesn’t want to start a family, one can still choose not to have sex. There are many forms of contraception—and I would argue that is part of the problem—but abortion is not just another form of birth control. We hear a lot about choice—but the value of human life is not up for choice. Rather than choosing whether to end a life, why not choose not to live in sin?

Abortions are up to 200,000 per year in England and Wales. With the number of abortions almost matching the number of marriages, we are ending as many families as we are starting. The entire West is in decline.

We often hear that without legal abortions women would die in backstreet do-it-yourself clinics. This isn’t backed up by evidence; it’s emotional blackmail and the sort of manipulation that is unhelpful for such a serious topic. No one ever talks about the impact abortion has on women, the permanent emotional scars left behind by killing their unwanted children. There’s not much worse than that.

There is always another way, including extended families and adoption. But these are conversations people no longer want to have. This debate is instantly shut down with “my body, my choice” rhetoric, forgetting the fact that we’re talking about a new life, a separate body, one without its own voice. It is our duty to be a voice, an advocate, and mediator for those too vulnerable to speak for themselves. 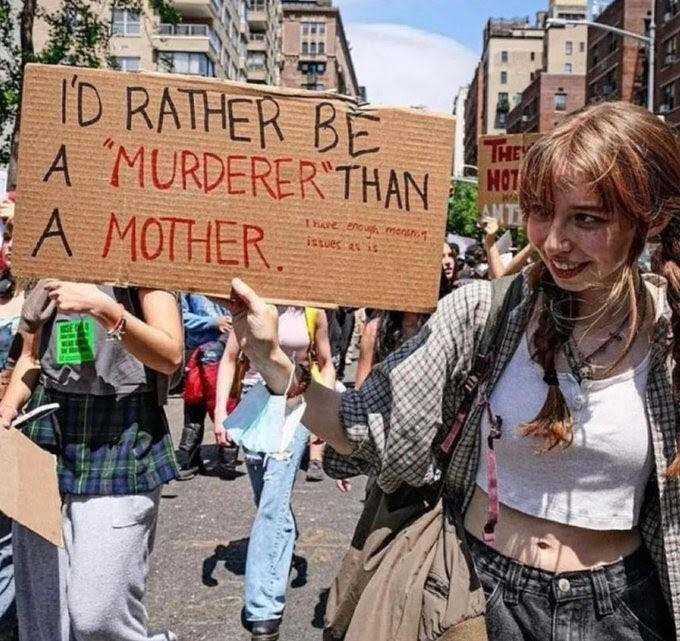 Some U.K. Members of Parliament recently backed plans for new laws to create buffer zones around abortion centers, banning people from praying or even crossing themselves in the vicinity of abortion centres. No peaceful, prayerful vigils would be allowed. The so-called “pro-choice” lobby has almost managed to outlaw the freedom of religion as well as the right to protest. There is no evidence of women being hassled by pro-life campaigners. That simply doesn’t happen. People who believe in the power of prayer are doing all they can to protect life and to support vulnerable would-be mothers.

And I said so-called pro-choice because gone are the days when people pretended this was about a woman’s choice. We now see pro-abortion activists openly celebrating the end of life. It’s demonic, it’s depressing, and it’ll be the end of us.

This fall marks the reality that there have been 10 million abortions in the United Kingdom since the abortion act legalized abortions in 1967. I’d like to take a moment to mourn every last potential boy and girl. May light perpetual shine upon them.

Nothing short of a return to what laid the foundation for the West’s vision for human dignity can lead us back to the path of dignity: “God created man in His own image, in the image of God He created him; male and female He created them.” That’s where the matter must start and end.

The Rev. Calvin Robinson is a British broadcaster, political adviser, and commentator.

Read the Latest from WORLD Opinions

The pro-life movement gets to work

Are all persons created equal?

R. Albert Mohler Jr. | Though now reversed, the Supreme Court’s 1973 decision is an enduring wound to the nation