Waiting on God in Belarus 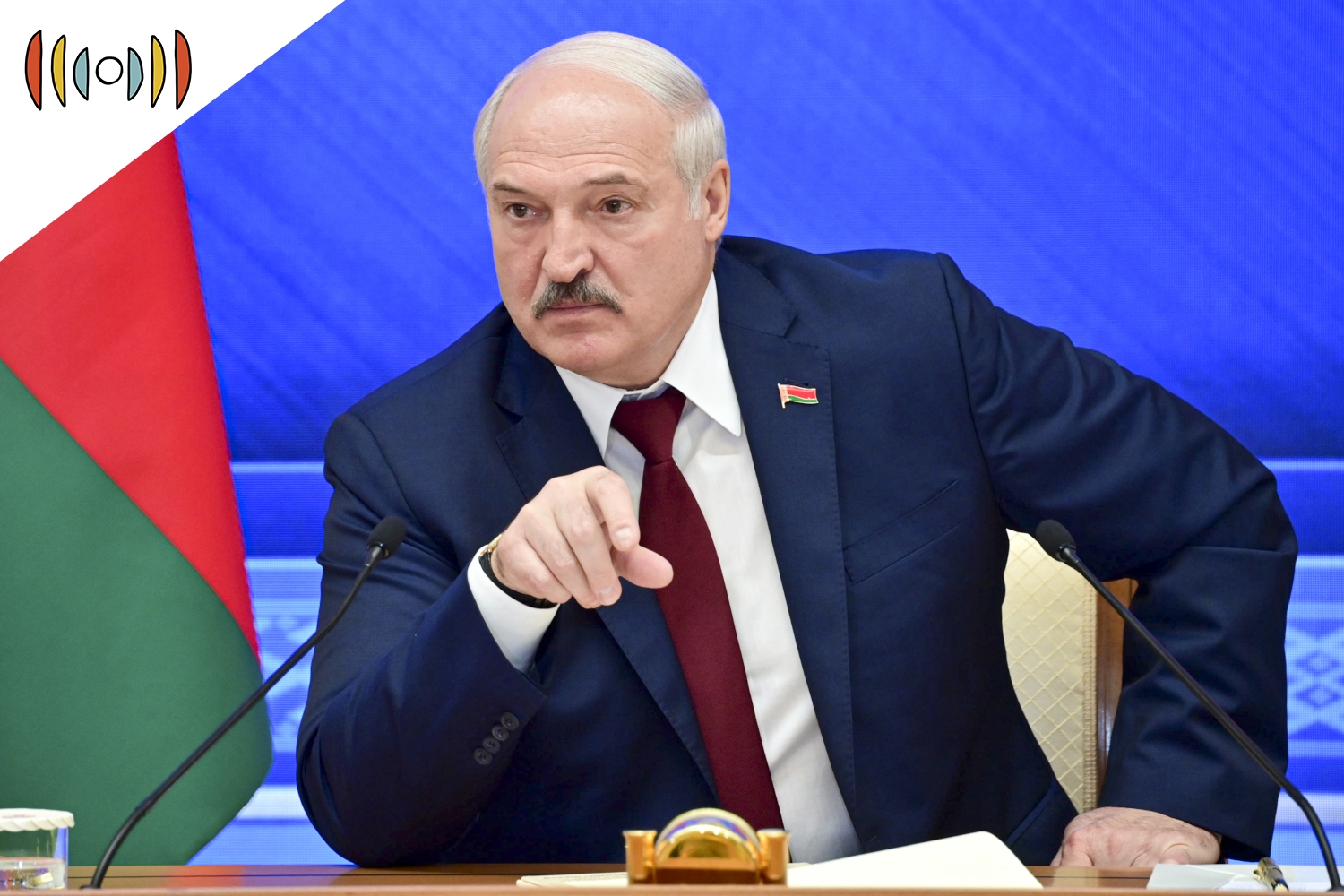 In August 2020, protesters took to the streets in Belarus following a presidential election there that almost no one trusted. But more than a year later, the man often referred to as “Europe’s last dictator,” Alexander Lukashenko, remains in power.

And opposition leader, Svietlana Tsikhanouskaya is still in exile in Lithuania with top officials in her political party sentenced to prison just yesterday—even though observers say Tsikhanouskaya was the rightful winner of the election.

REICHARD: So where do things stand now? And how are Christians faring?

JENNY LIND SCHMITT, CORRESPONDENT: In the year since protests filled the streets of Minsk, many Belarusians watched in dismay as the nation’s troubles faded from the international spotlight. That changed in May when Alexander Lukashenko forced a flight from Greece to Lithuania to land in Belarus. Authorities boarded the plane, arrested opposition journalist Roman and his girlfriend, Sofia Sopega, and threw them in jail.

The European Union and the United States quickly imposed sanctions. Lukashenko retaliated by releasing migrants across the border into the EU.

Hanna Liubakova is a journalist from Minsk and a fellow with the Atlantic Council.

LIUBAKOVA: The regime came up with this idea to bring migrants from Iraq and other countries from Belarus and to “help” them cross the border.

Authorities in Lithuania and Poland have reported seeing Belarusian guards forcefully push migrants into their countries. Last week Poland declared a state of emergency for two provinces as more than 3,200 migrants tried to cross from Belarus illegally.

LIUBAKOVA: Of course it was revenge from Lukashenko. He wanted to destabilize the situation. He wanted to artificially create a crisis on the EU borders with Belarus.

Last month, the International Monetary Fund decided to grant funds to Belarus. That was a hard blow to members of the opposition, who vehemently opposed it. Liubakova says the international community considers Lukashenko’s government illegitimate and should treat it accordingly.

LIUBAKOVA: On a political level there is an understanding of that I think. At the same time, what the IMF did and given the examples of Myanmar and Venezuela, Lukashenka is being treated in a different way, and he still apparently can preserve some sort of legitimacy to such organizations as the IMF.

As the crisis in the country drags on, Western companies with offices in Minsk, especially in the IT sector, are moving out. Many of the country's most talented citizens are leaving with them. Journalists are also leaving the country in droves, finding refuge in neighboring countries. They are working to report the truth back to Belarus, even as Lukashenko attempts to squelch anything other than official state media.

But as the cases of Protasevich and Vitaly Shishov show, even dissidents outside Belarus aren’t safe. Shishov was a Belarusian activist found hanged in Kiev in early August. Hanna Luibakova says that has other journalists and opposition leaders worried.

LIUBAKOVA: I am very much concerned about my own safety. I’m in the EU but that doesn't mean I’m safe... Now all the forces of the regime are being accumulated and used to fight the dissent outside Belarus. Those who are most vocal might be targeted by the regime.

Lukashenko’s government has also been shutting down NGOs inside the country, everything from groups assisting the disabled to bird sanctuaries. Authorities claim the groups haven’t followed their organizational charter, but the real reason is that some of their funding came from the West. The closures began after Western countries imposed sanctions. Leaders of some organizations have been summoned for police questioning, leading more people to flee the country.

Churches are also caught in the middle of the turmoil, with members often disagreeing on how best to interact with Lukashenko’s regime. But preaching about things the Bible is clear on—opposition to cruelty, corruption, and injustice—is now enough to get pastors in trouble. Michael Cherenkov works with Mission Eurasia overseeing field ministries and pastors in Belarus.

CHERENKOV: It is an extremely difficult time for the whole nation and especially for evangelical churches. They are not silent. They speak out. They speak against this corruption and injustice. And that’s why they’re in danger actually.

At New Life Church in Minsk, pastors were particularly outspoken against the post-election violence. In February, the government seized their building. Since then the congregation has gathered in the parking lot. Still, the church has had many new worshippers join, precisely because it has shown bravery in the face of government intimidation.

CHERENKOV: Some of my friends are jailed, some are persecuted, some are fined many times. And that’s the price they agreed to pay. Not because they support any political parties, but because they are faithful to the gospel of Jesus Christ…That’s not a political agenda, that’s a gospel agenda.

CHERENKOV: Some of my friends were jailed or beaten severely just for praying publicly on the streets of Minsk. So It is a kind of a spiritual battle I would say. Because if this dictator believes that this prayer activity is dangerous to him and his dictatorship, then that means that it’s more than politics. It's a spiritual battle.

That battle is felt in the intense fear many believers have wrestled with during the past year and the discouragement of wondering where God is leading. Young, dynamic Christian leaders are also leaving the country in droves, leaving a hole in the church’s future.

Last week I interviewed a Christian whose organization had faced threats of government shutdown. When I recontacted him this week, he asked me not to quote him directly to protect his colleagues, as police pressure has ramped up. He told me that if he’s arrested, someone will let me know.

He also told me Belarusian Christians know God controls history and is active in it. But after a year of uncertainty and discouragement, they are praying for a better understanding of where God is taking their country.